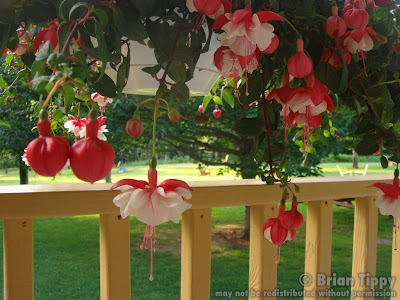 I don't usually take the time to involve myself in any kind of political commentary in any of my journals, private or otherwise, but the day does invite the occasion to think about the country and what it ought to be.

I'll admit that I've never liked the president and never voted for him. I'm certainly far enough away from him politically, and I've always been worried that there's some truth to the sense of corruption, cronyism, and profiteering in Washington these days.

Well, now that the president has commuted the sentence of Scooter Libby, the fears that I've always hoped against hope were untrue are spectacularly confirmed. I am dismayed, disappointed, and wholly outraged that all the things I was taught about the nobility of democracy, of checks and balances are apparently untrue. 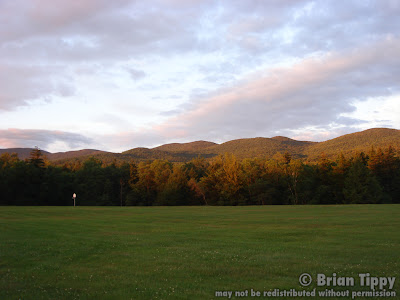 Maybe there's hope, somehow. I have to believe that a country so beautiful and founded on such noble ideals could resist being run into ground by a group of tyrants.

This is the view from the back of the Bread Loaf Inn, the main building around here, and the one I'm usually in when I post these updates (it's only one of three buildings that have wireless internet). The sun is setting over my left shoulder, and it lit up the rising hills and mountains in colors that the camera does a good job at failing to capture. 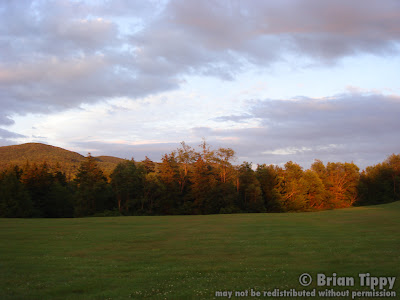 It's amazing when the clouds turn pink in a blue sky and the trees go red-gold. 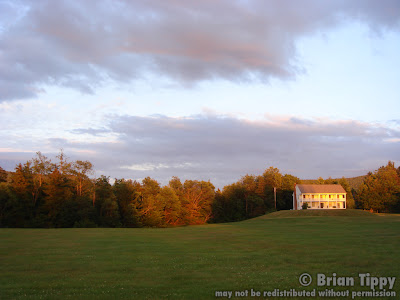 Frankly, I haven't learned the names of all the buildings yet, so I can't tell you what this one is called. I'm sure I'll learn at some point, but I can't be bothered to look it up right now. 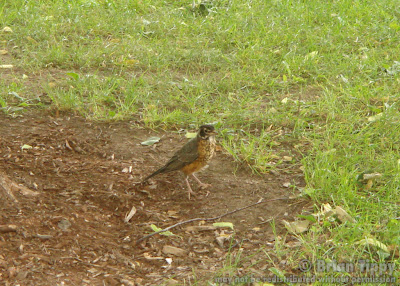 Did you think you were going to get away without any bird pictures? Hardly. The American Robin abounds on the Bread Loaf lawns. I think this is an immature fellow. 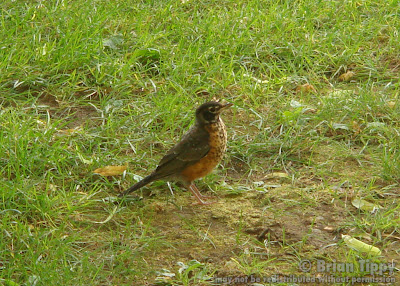 The robins may be commonplace, but they intrigue me. This is a gorgeous bird, but hardly notable. What is it about its abundance that robs it of the ability to excite and inform? This is hardly economics folks: robin supply shouldn't have a meaningful effect on demand.