Woodland Creatures and the Coming Apocalypse 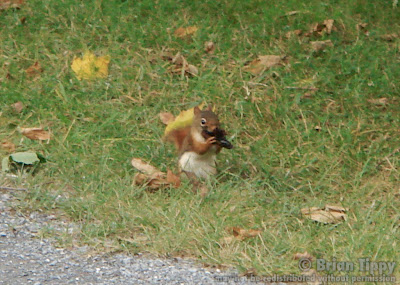 Talk about cute. Though I'm not sure exactly what he came down the tree to pick up and eat (and my imagination, as it turns out, has a sick mind), he certainly was adorable, nibbling away at whatever it was. 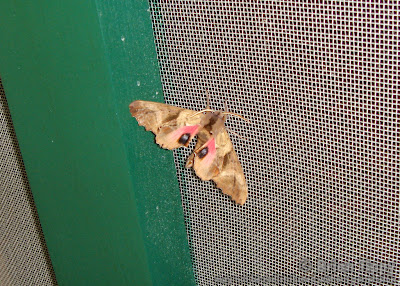 After my moth diatribe the other day, I'm unsure where to classify this one. I got very invested in the idea that these moths were sick creatures spawned from the fall of heaven's brightest angel, but now I'm not so sure, since this one inspires rosier thoughts.

My dad helped identify this guy as a One-eyed Sphinx Moth (Smerinthus cerisyi). 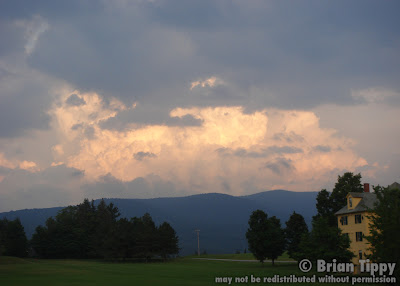 Well, rosy thoughts aside, this evening's weather clearly makes them harbingers of the apocalypse. 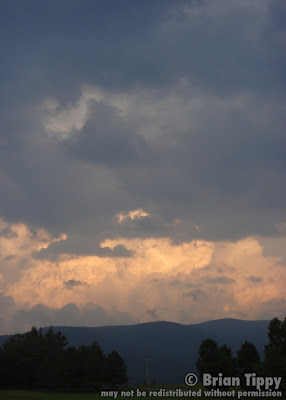 As the sun was setting, a series of thunderstorms was gathering across the state. At the time of the pictures, they were building to the east of us (pictured here), and to the north.

It's quite a bit of fun to stand outside and watch tall cumulus clouds pile into one another, especially when the sun is setting behind you and coloring the building clouds orange while leaving the ones above you gray. 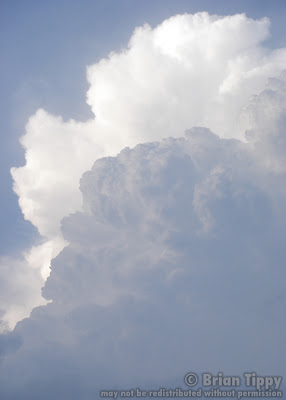 I'm not sure which stormcloud to our north looks worse, the darker one or the suspiciously tall one.

This is yet another opportune moment to point out that I'm studying concepts of the sublime in Romantic Poetry. Most of the writers we're studying see sublimity as related to the awesome powers of nature as well as at moments of danger or fear. Thus, the thunderstorm becomes the perfect image.

I, however, was doing laundry. 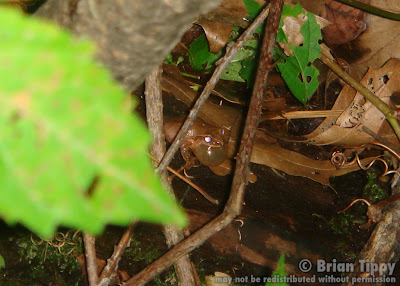 I'm not sure if it was the storm or simply the falling evening, but these spring peepers (Pseudacris crucifer) were calling so loudly that I almost couldn't find this little guy. First of all, the sound is pretty hard to triangulate, but when you get within a few feet, it becomes near impossible, as the sound rings painfully in both ears.

The scientific name is really fascinating. "Pseudacris" frogs are the chorus or singing frogs. The name comes from the greek for "false locust," presumably since they sound something like crickets. The "crucifer" comes from the cross-like camouflage on their backs (not clear in either of the pictures). 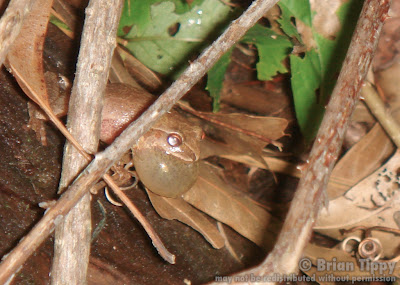 For those of you tempted to tell me this is a wood frog because of the dark markings around the eyes, trust me, this isn't the first time I've had my exposed skin shredded by mosquitos as I carefully identified an amphibian.

Sorry that the flash gave the frogs devil eyes. I tried to use the red-eye tool on them, and then I tried to reconstruct the eyes in Photoshop, but I only got far more terrifying frog-demons.

Time to cower inside as the sky grumbles like an irate diner patron. If tornadoes and meteors ravage western Vermont tonight, know that I love you and frogs too.