Comet Goes for a Walk 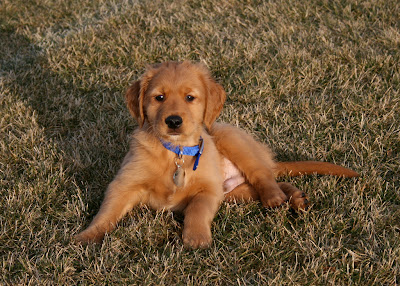 We haven't even had Comet for a week, and he's already bigger and more expressive. My folks came up to visit us (him, really), and we all went out for a walk on the school fields. 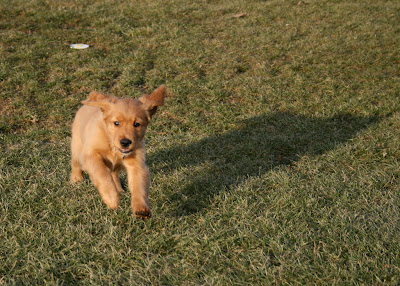 Normally, you can't quite tell that Goldens grow their ears first and then spend the next few months trying to catch the rest of the body parts up to size.

Except when they run. 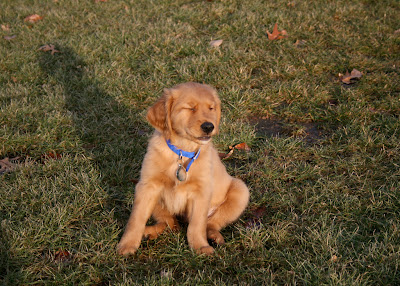 Is he sneezing? Is he thinking? Is he squinting at the sun?

Who cares? It's completely adorable. 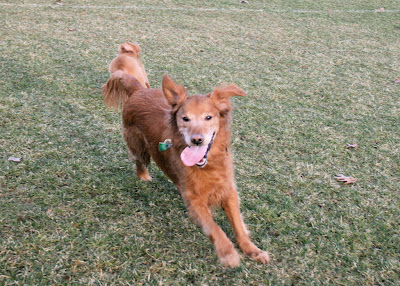 Gus was cooped up with the puppy all week, so he developed what we'll amicably label "a surplus of energy."

Well, he decided to get it all out of his system once he had an open field to roam in. 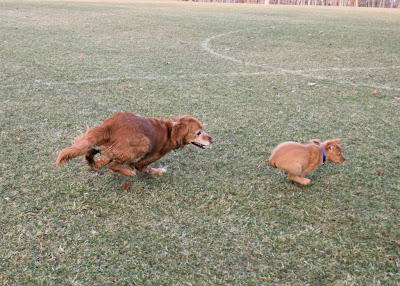 And he decided to teach Comet the finer points of the chase. We learned several things that day, one of which is Comet's current top speed.

Lest the tail between the legs give anyone the wrong impression, Comet is having a fantastic time in these pictures. 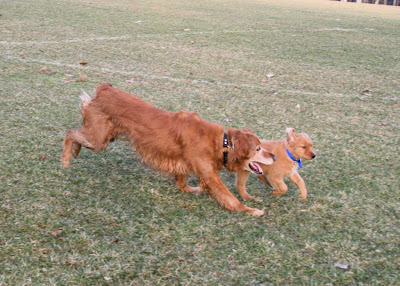 Gus is perhaps the greatest puppy-tire-er you can imagine. I'm not exactly sure how we'd deal with Comet's general exuberance if Gus didn't step up like he does. 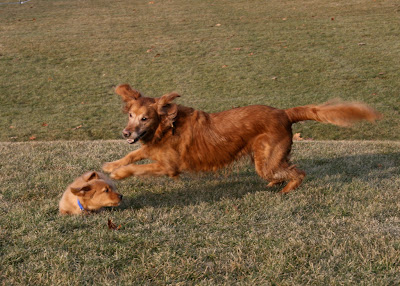 Comet appears to be doing something mechanically impossible here. The grass isn't particularly long, and Comet isn't lying down, and yet he appears to have been pushed into the actual earth. I wish I could resolve what appears to be an essential, ontological conflict involving particles occupying the exact same positions. But I can't.

I can, however, assure you that Gus lands behind Comet with those front paws, not on him. 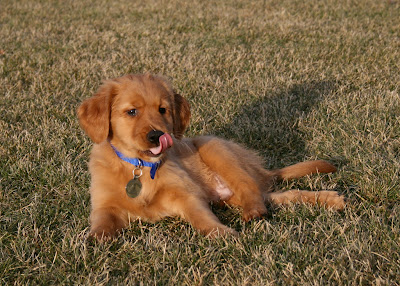 Then, of course, it's time for a little nose-licking. As we all know, frolicking in the grass can lead to unsightly trimmings on the bridge of the nose, as Comet's experiencing here. It's important to clear such impediments off before continuing with the game. 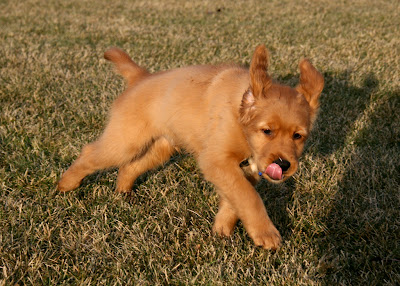 Of course, you can't always worry about the little things when it's time for the chase. You can clear off the grass on the fly. 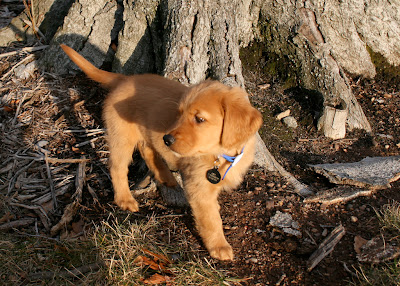 Connecticut midwinter means sunset light around 3:30, and it gives Goldens a wonderfully rich color, doesn't it? Looks like he's going to be a handsome dog.

All the pictures in this entry were taken by my mom and her vastly superior camera.