We Stole a Day 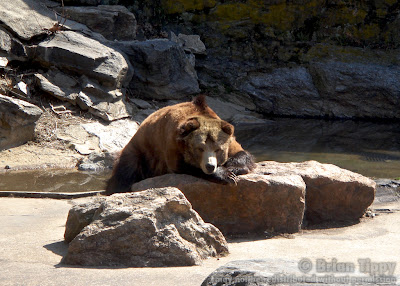 I usually put up photos and musings about the dogs, but I thought I’d go back and post some of the best photos from our little stolen day at the Bronx Zoo. Andy suggested we take a jaunt down there together, and it turned out to be a fantastic idea. Nobody wants to go to the zoo in March, so we kind of had the run of the place. 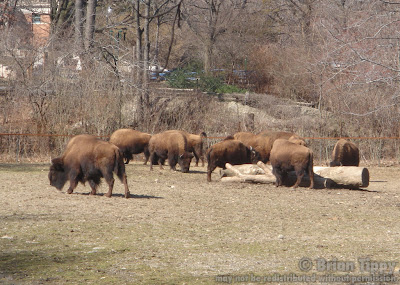 The majestic Bison. Andy and I engaged in a not-so-heated debate about whether or not you could eat Bison. Apparently, you can, but we’re probably not talking about these particular Bison. 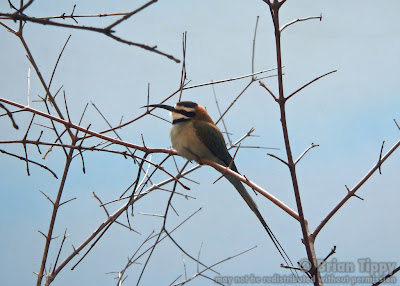 One of my favorite parts of the Bronx Zoo is the “World of Birds,” an imaginative and intimate set of bird exhibits. Some species of birds will religiously stick to lighter, warmer spaces, so they can live in their habitat without a screen or glass between them and visitors.

This White-throated Bee-eater is one such bird. I’m still using the same little 3x zoom I’ve had for a couple of years, so I’m actually only about eight feet from this bird. 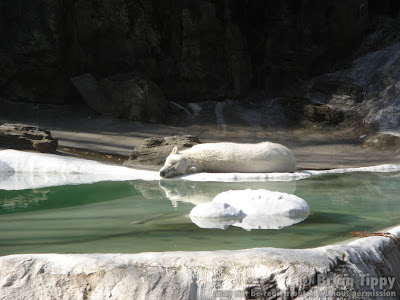 Nobody knows how to lounge around better than the bears. I think they were still experiencing some torpor since March can’t be too far out of hibernation season. 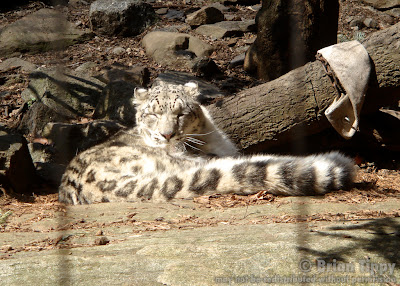 The snow leopards weren’t exactly fired up either. And they can’t be trusted to hang out in their habitats without some fencing, so there’s no way to take a photo without those telltale vertical blurs. 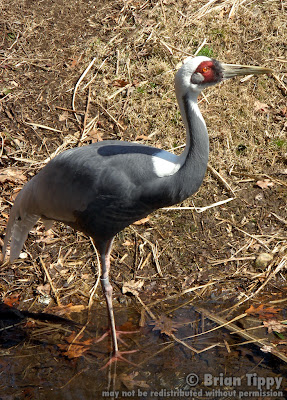 As far as I could tell, this White-naped Crane was free to come and go as he pleased. Most of the outdoor bird exhibits seemed to consist of an offering of excellent habitat that would encourage wild birds to stop by and exhibited birds to stay. It’s possible (and I suppose likely) these cranes were somehow wing-clipped and unable to fly out, but there was no netting enclosing their habitat, just fencing. 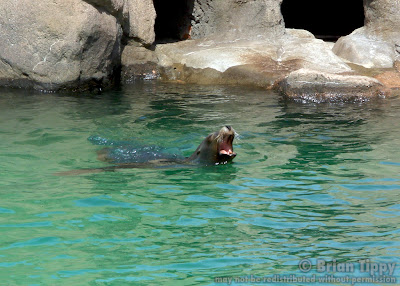 As we walked around the zoo, we heard a mysterious sound echoing back and forth across the hills and buildings. Was it angry baboons? A mysterious and exotic bird?

It was an uppity sea lion and her screechy bark. Up close, it was obviously a loud sea lion noise, but filtered through trees and over a hill, it was much harder to place. She hooted and hollered incessantly pretty much the entire time we were at the zoo. 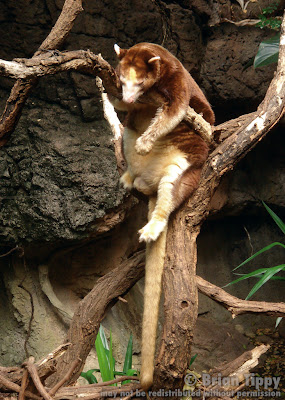 One of my favorite exhibits here, even since I was a kid, is “Jungle World,” a series of interconnected habitats climate controlled in the high seventies and even higher humidity. Again, with as little glass or other obvious enclosures as possible, the habitats are structured to encourage the animals to stay in the right areas. The feel, though, is a little more like a stroll through the jungle than it is like a museum.

Although this tree kangaroo could easily have been stuffed for all the moving it didn’t do. I don’t think I could ever be that limply comfortable on a branch, but he was pretty blissful in this pose. 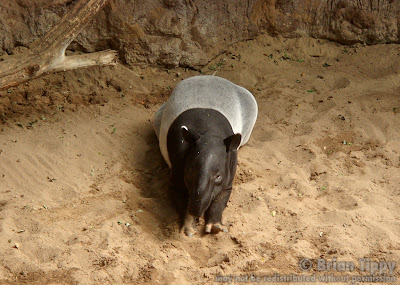 When I saw this Malayan Tapir, it was with a certain degree of the shock of a strong memory.  I suddenly felt like the little kid I was, overwhelmed with joy, when I first came to Jungle World and saw the Tapir. I don’t know if it’s the same actual Tapir, but it was certainly sitting in the same spot with the same depressed stare. If A. A. Milne had written about jungle life, the Tapir would have been Eeyore. 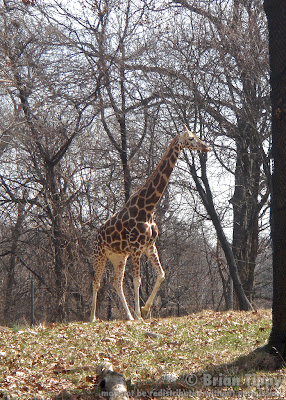 What would a trip to the zoo be without a giraffe sighting? Apparently the giraffes had just made the transition from their indoor, winter habitat back to the fresh air of the New York area, so they were strutting around proudly. Although, that may simply have been the way they have to walk. I’ve never seen a giraffe stroll, idle, or slouch. I suppose one could amble without too much difficulty, though. 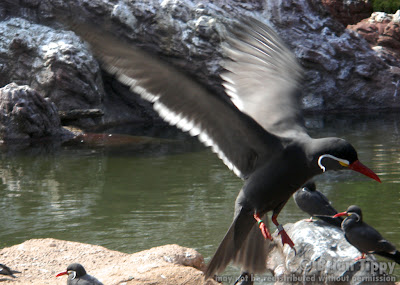 This is an Aztec Tern coming in for a landing in yet another open-feeling habitat, this time for arctic birds. It’s covered over with a huge dome of netting and filled with terns, penguins, and the like. 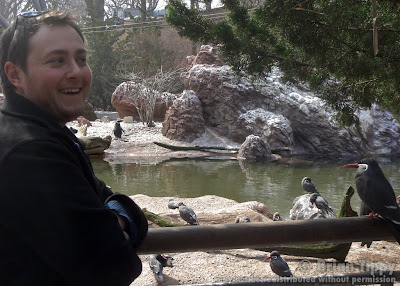 Here’s one of the Aztec Terns giving Andy the hairy eyeball.

I have some mixed feelings about zoos. On the one hand, I love being able to see these animals up close. I’ve always been enamored of even fleeting glimpses of the varied and beautiful life around me, so being able to pore over the crisply delineated colors of an Aztec Tern from only a few feet away is eminently gratifying. On the other hand, there is something inherently unwild and perhaps even unethical about containing an animal for the purpose of spectating, particularly when that animal’s natural urge is to roam and migrate. I know Golden Retrievers gain weight, become depressed and anxious, and live shorter lives when they’re cooped up too much, so I wonder how a Snow Leopard understands his one or two acres or how Tern feels in even the grandest cage. I think it’s terribly important for people to see the variation and beauty offered outside of human artifice and entertainment, and that a zoo probably contributes immensely both to people’s lives and to their sense of the importance of conservation.

But maybe I just tell myself that so I can feel OK about financially supporting a zoo with my $10 admission.
Posted by Brian at 1:30 PM