(Or, the Difficulties in Photographing a Golden Retriever)

I've been sitting, sipping coffee, and chatting with my friend Kevin, who's currently expatriated in Paris so he can work on a memoir and a novel. Kevin's in Paris and my coffee is cold. Theoretically, this my time to catch up on some grading, since I didn't get much done over spring break, but I'm obviously not getting that done just now.

I'm jealous of Kevin; certainly, I'm jealous that he gets to live in Paris and be fabulous and write as his full time occupation. But more I'm jealous that he's found a way to organize his life in a way that lets him write. And I realized that the only difference between a Writer and a Writer's Cramp is that the Writer Writes. 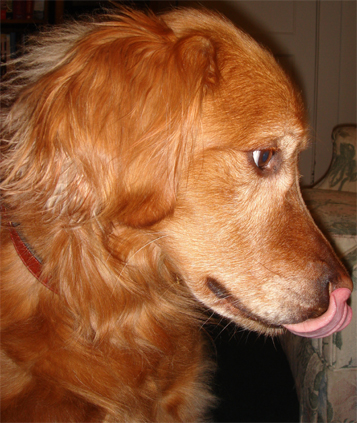 Last night, an attempt by Andy and me to create a new Facebook picture for him also resulted in some disasters and in this picture of Gus, and I was reminded of the difficulties of photographing a golden retriever, particularly the difficulties afforded by a flash, indoors. If you're not careful, you end up with satanic eyeglow that makes it look as if your beloved pet has been secretly harboring an army of demonic spirits the whole time you've been feeding and sheltering him. "My name is Legion..." etc.

I was congratulating myself for snapping a picture of Gus that makes him look handsome and distinguished. He's getting older, four now, and the white fur is starting to come in around his eyes and muzzle. He's also got that wonderfully pensive look that's characteristic of some Goldens, but tends to disappear when you actually move to take the picture, since any motion on the part of the master results in the hopeful, ears-perked, is-there-some-chance-the-sun-will-come-back-out-even-though-it's-after-10PM-and-we'll-go-and-play-fetch-at-the park-oh-god-oh-please-if-I-just-want-it-bad-enough-can't-it-happen? look.

Anyhow, as I was busy congratulating myself on taking such a nice picture,I realized that the reason Gus looks so wonderfully pensive and introspective is that he has stuck his tongue into his nose to clean it. Introspective indeed.

Of course, sometimes you wake up and find out it's one of those perfect days and the camera, despite the inherent loss of experience that comes with the attempt to crystallize a fraction of a moment, catches what was soul-refreshing about the day or the dog: 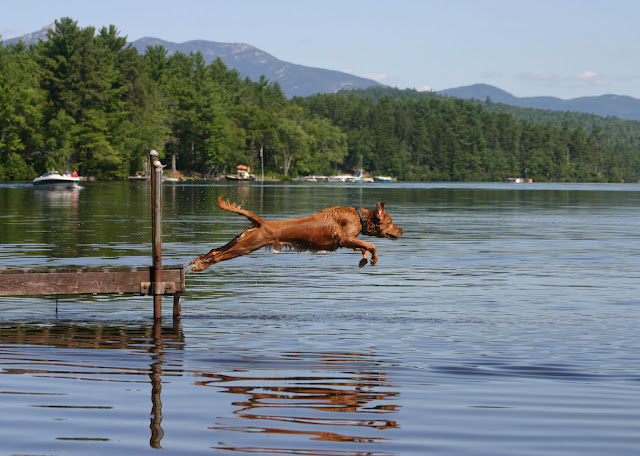