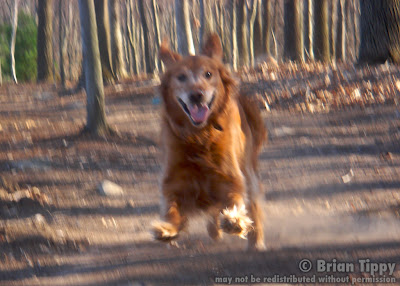 A digital camera is a beautiful thing. You can snap picture after picture, guilt-free, as a dog bounds toward you, time after time, walk after walk, and then weed it down to only the best. I’ve probably taken a hundred pictures of Gus running toward me, and even a one percent success rate results in pictures like this. 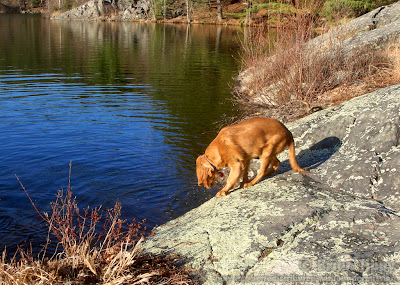 Today was a big day for Comet. After Gus bounded right into the lake, Comet spent a few minutes exploring that magical border between the known world of air and light and the intriguing wet world of splashing and floating. 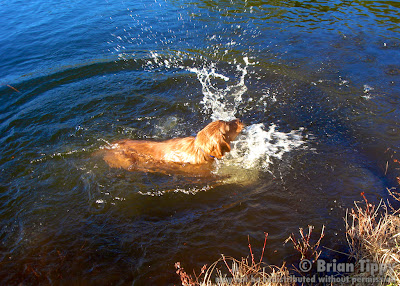 Then, splashdown! This was Comet's first time in water deep enough that he couldn't touch the bottom. At first, he pounded the surface with his front paws, splashing himself in the face and necessitating an inefficient posture. But he started to make sense of things a bit as he moved back to shore. 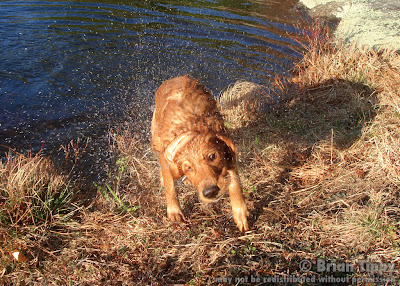 Being soaked to the skin for the first time necessitated his first-ever full-body shake. 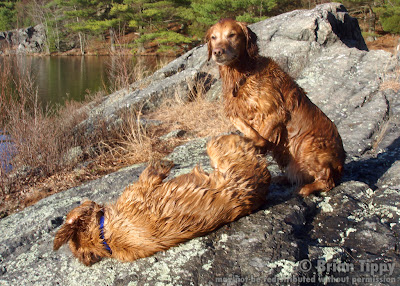 “What a great time for a picture of wet, happy dogs,” I thought innocently, not realizing that the unfamiliar feeling of wet fur would compel Comet to roll. Ordinarily a good listener, he ignored me entirely as he flopped around on the rocks like a hairy fish.

Gus not only listened to the command to stay, he even tolerated Comet’s flailing limbs as the young pup tried to scratch that pesky wet itch. 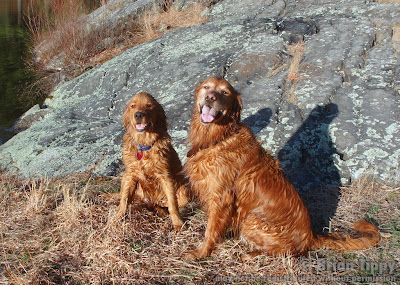 I did, finally, get the two of them arranged properly for a picture, though Comet’s expression betrays a certain distraction. 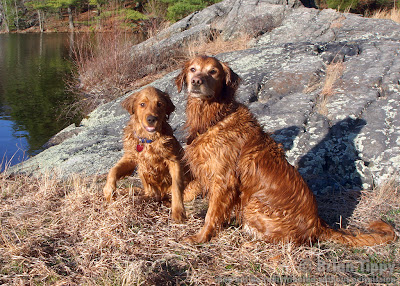 It’s a lot of fun to snap a picture right as you say “OK” and release the dogs from their stay. 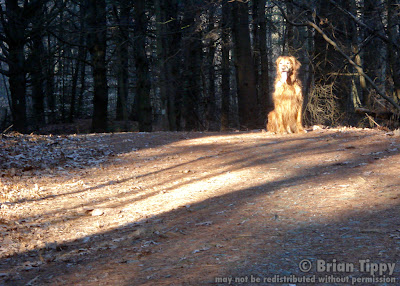 This wasn’t just Comet’s first swim; it was also his first long (>5 mile) walk, so as our walk wore on, so did the daylight. As the sun angled down, Gus was lit up by shafts of light through the trees. He was kind enough to pause in a nice spot and let me snap a couple of photos. 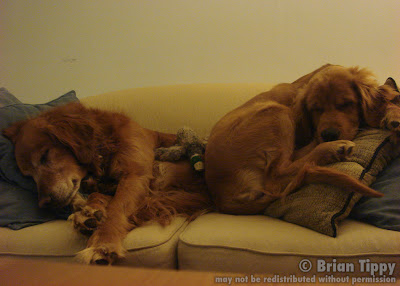 It’s immensely difficult to take indoor pictures of the dogs. The most obvious drawback of a flash is the dog-devil eyes you invariably get, but I also find that a flash lends an unfaithful color and glare to the coat.

Catching the boys like this involved painstakingly getting out the camera without making enough noise or motion to wake the dogs, sitting it on the coffee table to avoid blur, and snapping pictures blindly at arms length.

Maybe the flash would create a crisper picture, but the warm glow of the scene is much more faithful to the peace of the moment. Yes, that’s a duck toy nestled in between them. 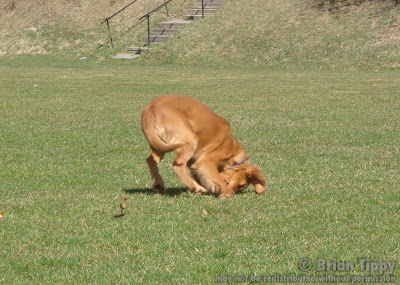 Comet is, shall we say, still working on mastering the fetch. He heads full tilt for the ball, puts his head down to snag it... 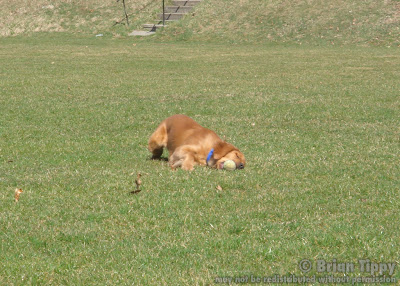 ...and fails to stop. Comet went enthusiastically head over paws on five straight fetches before he figured out how to slow down a bit. To his credit, he never failed, no matter how dramatic his flip, to come up with the ball. 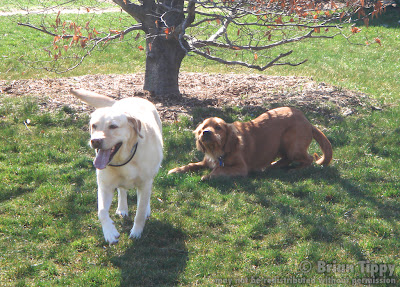 We also had the opportunity to play with Weezie again. Comet was much more able to keep up with the bigger dogs, and he took great delight in trying to catch Weezie. Failing that, he resorted to sneak attacks.