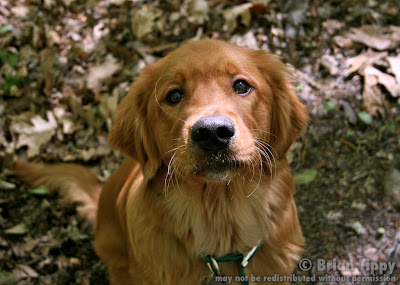 I’m still getting the hang of it, but it’s a vastly better machine than my 2006 3x point-and-shoot.

Comet’s a good target either way. I held a stick over the camera and snapped shot after shot. This was the best one. 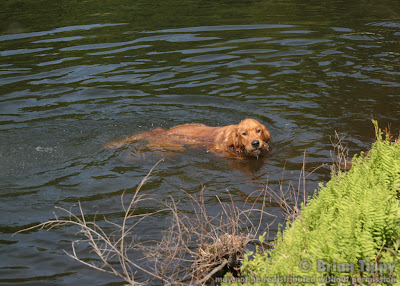 This time around the lake, Comet jumped in after Gus, with no need for urging (or shoving) from me. He got a chance last week to swim at Jeremy and Naomi’s and even fetched a few tennis ball tosses, and apparently he decided that the swimming itself was fun too.

He also swam much more smoothly than last time. 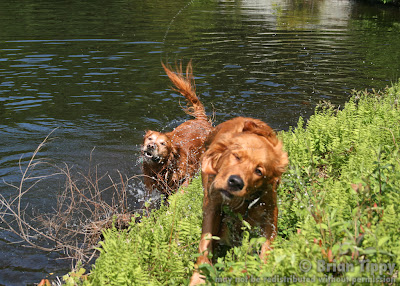 OK, OK, so it’s synchronized shaking off, not swimming, but it’s adorable anyway. 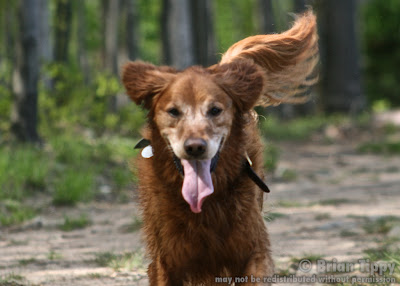 In some ways, snapping a photo as a dog is running toward you is a bit more challenging with the new camera. It has a great “sports” setting that reduces motion, but getting the focus right and zooming on the fly isn’t so easy. 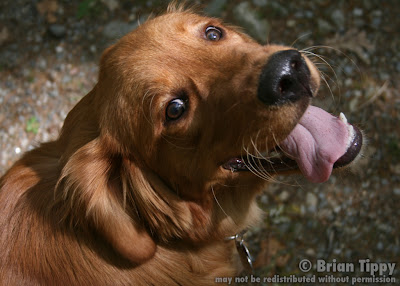 One key feature is the exceedingly short lag time between shots. You can snap almost continuously as you try to get just the right expression.

Since I’m now in possession of the camera that took the picture on the left, I thought it might be a nice moment to compare Comet on 1/6 (his first day with us) and Comet today. Just over four months have passed.
Posted by Brian at 2:00 PM