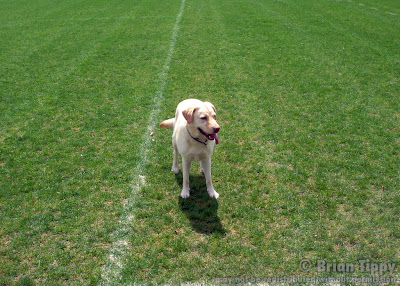 Weezie turned five today. She and Gus have been the best of friends ever since he was small and she was smaller, and they’ve played up at school periodically their whole lives.

So, partially in honor of her birthday, and partially because the weather was nice and Comet and Gus have been woefully under-exercised these past couple of weeks, we went up to school to play. 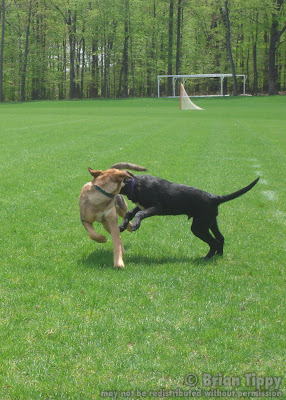 Last week, Josh and Liz adopted two dogs of their own: Rexie and Rudie, two Catahoula Leopard Dog/Lab mix pups. I hadn’t heard of the Catahoula Leopard Dog before these two, but it’s apparently the Louisiana State Dog and possibly one of the oldest American breeds. Catahoula enthusiast groups and websites claim that it descends from ancient Native hunting dogs and the early war dogs of European explorers and conquerors. As is true for most older breeds, the real origins are clouded by history, and the most interesting story is often the accepted version.

These days they’re most often used as herding dogs for cattle or pigs (hence one of their appellations: Catahoula Hog Dog).

Either way, Josh and Liz now have a very cute brother-sister duo romping around their house. 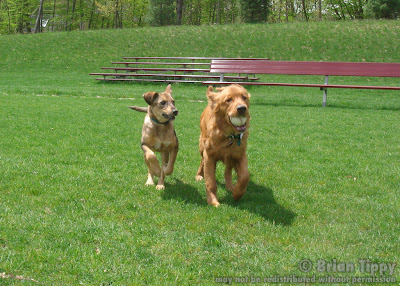 Of course, the dogs became acquainted quickly and got along famously. Rudy seemed more interested in chasing Comet than in taking the ball, so there was a rather amusing disconnect in the rules she was playing by (catch Comet) and the rules he was (keep the ball from Rudie). 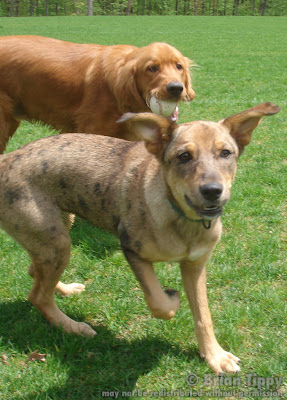 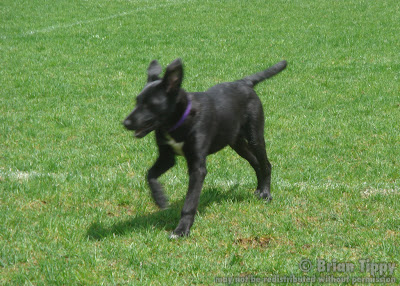 Rexie was a little hard to photograph, as he was more interested in romping than in posing. 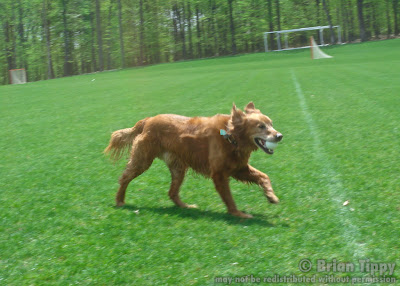 Gus, of course, was dedicated to his joyous yet ascetic pursuit of fetching to the exclusion of all else. 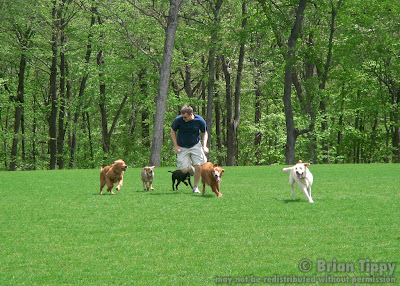 Josh takes childlike delight in running around with the pack, and his two herding pups couldn’t be happier.