Back at the Loaf 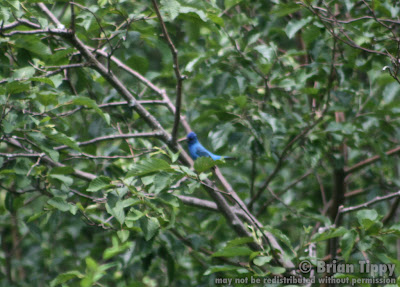 I’m back up at the Bread Loaf School of English outside of Middlebury Vermont, but this time I’m armed with that telephoto.

I had never seen one of these before, but I had wandered to the back of the Bread Loaf main grounds looking to sharpen my photography skills by trying to photograph swallows. I wandered back to a stream and a dirt road, and lo and behold: an Indigo Bunting. I had heard of the bird before, but I hadn’t realized they were indigenous to New England, and I was taken aback. 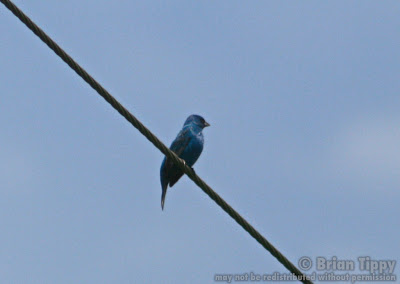 I had thought the only birds with significant blue plumage in the area were the jays and the Eastern Bluebirds, but it was my extraordinary joy to find this brilliant little guy singing his heart out.

He was very skittish and retreated to his bush (above) whenever I got close enough for a decent photo, but if I moved far enough away and was still, he came back to the wire to keep declaring his territory. 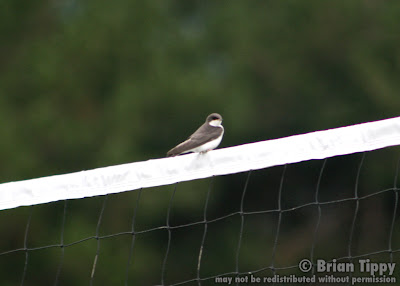 I did also manage to catch some swallows, though all my in-flight pictures were consistently poor. This is a female Tree Swallow taking a break on the Bread Loaf volleyball net before heading back out for another snack. 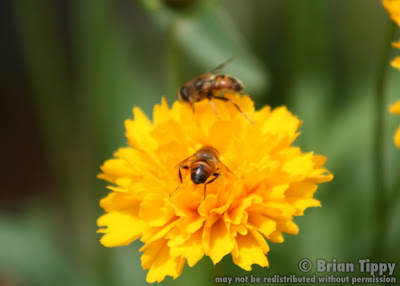 Having a really nice camera makes even the most ordinary of subjects jump out. The sun today made for some incredible colors. 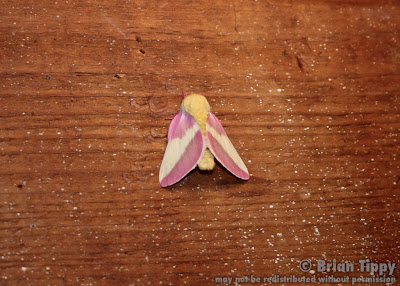 Inside the barn, I found my old friend, the Rosy Maple Moth (Dryocampa rubicunda). 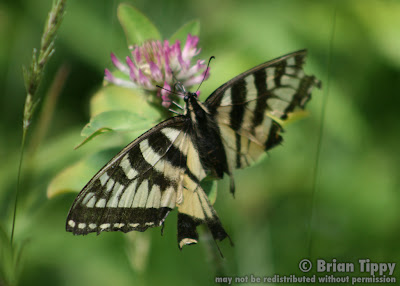 I couldn’t believe this little guy could still fly, but he somehow managed it. I don’t know if he was hit by a vehicle on the road, torn up by a bird or some other predator, or simply caught out in a nasty storm, but life struggles on as long as it can no matter what the damage.