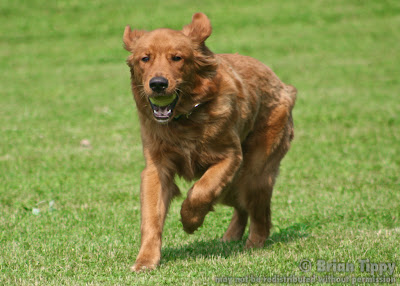 They grow up so fast. It wasn’t terribly long ago that Comet would do somersaults when he put his head down to pick up a ball, and not too long before that, he had trouble getting his jaws around a ball at all.

In some ways, it feels like he’s been a part of the family forever, but the calendar makes it quite clear that he’s been with us just less than eight months.

He loves the fetching. 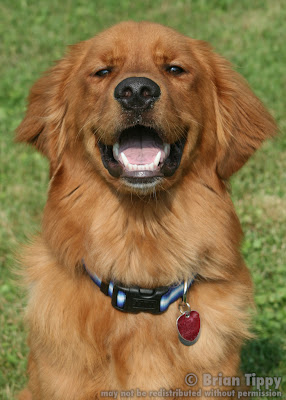 He keeps getting more and more handsome, and he doesn’t mind posing. He’s completely won over all four of my summer roommates with looks like this and some plaintive “throw the duck for me” work.

Comet is a wonderfully relaxed and fun-loving dog. When I come home from class, he hops around like a bucking horse. I think he wants to jump up on me but knows it’s not allowed, so he compromises by engaging in some full-on frolicking.

He’ll also happily sleep on his back or roll there to beg for belly rubs. That’s a fairly winning behavior too. 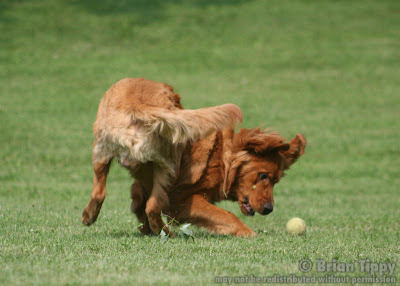 Action! Comet has learned how not to flip head over heels when he goes for a ball on the ground, but he hasn’t quite mastered the full-speed pickup. The result is some impressive athleticism as he works out the kinks. 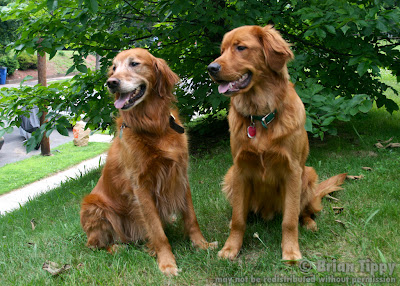 This picture was taken on June 22, the day Comet and I left for Vermont. I clippered both dogs’ coats into short, faster drying summer cuts, and this is the “before” picture. I realize, though, that it provides an impressive illustration of scale for Comet’s current size. Comet isn’t a huge Golden and isn’t likely to be, but Gus is a little on the small size, and Comet has completely overtaken him. 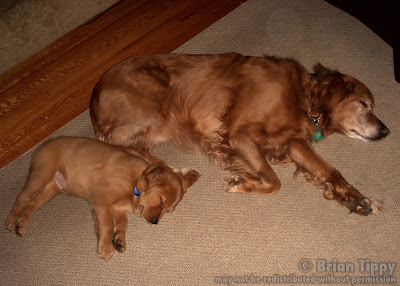 And, just for comparison’s sake, Comet and Gus on January 8th. Somehow, he has converted dog food and the occasional kitchen cleanup into sixty more pounds of dog than he arrived with. His talents are limitless.