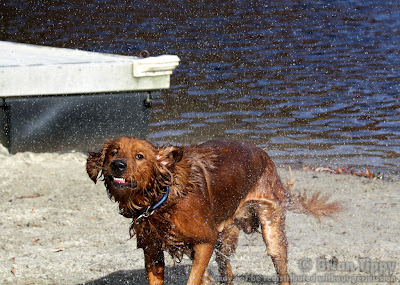 Barack Obama was elected president of the United States today. I don’t talk politics much on here, but I’ve also made no secret of my feelings for the Bush administration. I’ve been disappointed since the election that put him in office, and I’ve gone from unhappy to disgusted over the last eight years. But history will surely Bush-bash thoroughly over the next few centuries, so there’s no reason for me to do it here, no matter how badly I feel the need to shake him off.

Obama, however, has been my candidate since the primaries, and I’m overjoyed to see him elected. 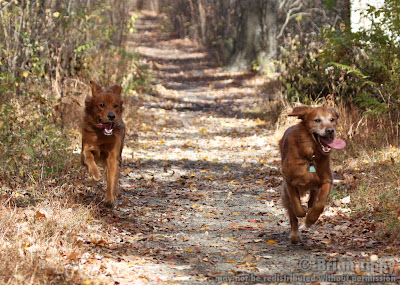 The dogs and I took a trip down to New Jersey to visit my parents, and we all took a stroll around a lake near their house. The pictures are, obviously, out of order so far. At the end of the walk, the path crosses one of the town beaches, and despite the forty-degree weather, the dogs jumped right in. In this picture, before they jumped in, they certainly look plenty warm.

I borrowed my mom’s camera, a 12MP model one step up from my XTi, as well as her 100x400 lens. I got some great, crisp shots of them frolicking in the autumn woods. Echoes of Peter, Paul, and Mary there, but no mist today. 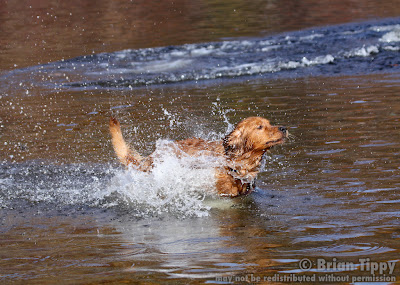 My dad threw a stick for them so I could stand at a better angle to catch some great action shots. The colors were just perfect, especially the turning leaves reflected on the water.

These photos also have a certain kind of Baywatch flair.

That’s Gus’s wake in the background, not a boat’s. 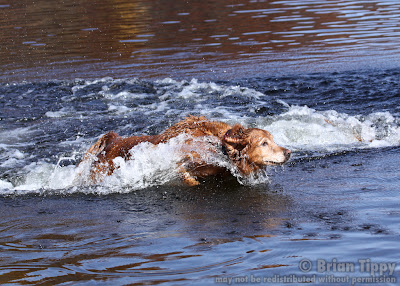 Gus, of course, will not be outdone in the swimming department. He almost looks like an aquatic animal sometimes. His eyes, as always, are locked on target.

Skilled hydrodynamics experts will, however, notice Comet’s wake ahead of Gus. 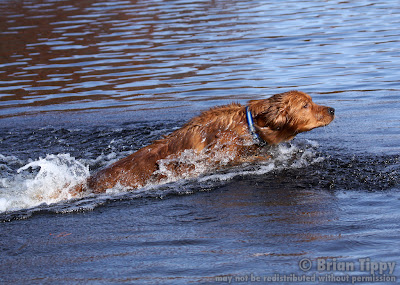 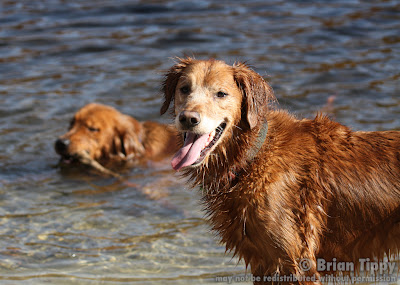 Satisfied-Dog: another species found on these shores. 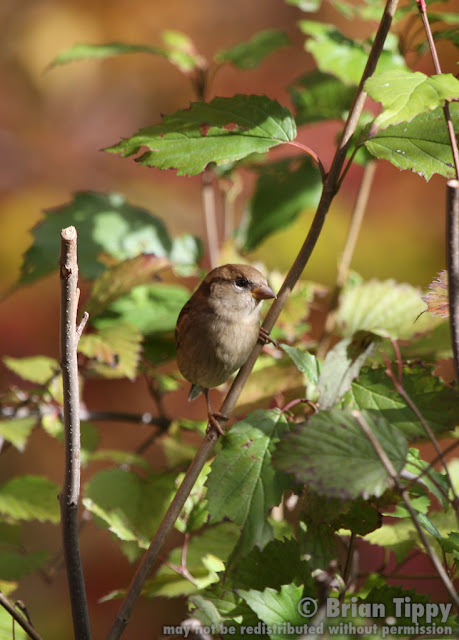 After the lake, we went back to my parents’ house and I shot birds in the back yard with the 100x400. The lighting was great and the birds were cooperative, so the shots are pretty good. 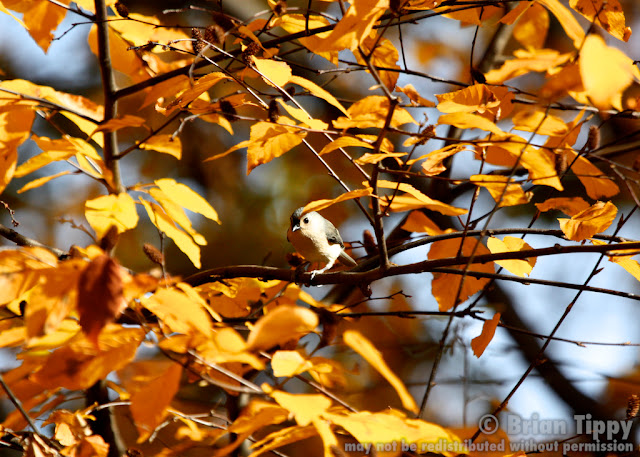