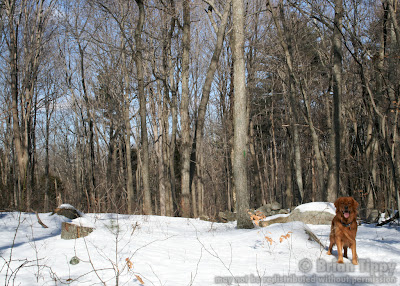 Having taken hundreds, maybe thousands of digital shots of Comet’s expressions and action, I thought it might be fun to work on capturing more of the environment he’s playing around in. So, off with the trusty 75x300 telephoto, and on with the 18x55 kit lens. 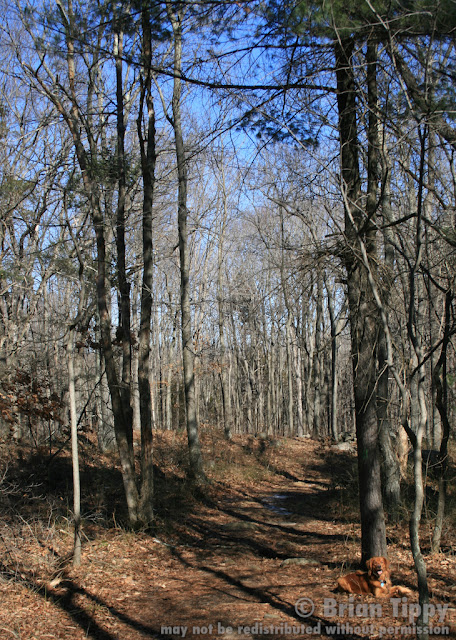 While this entry is officially dated February 15th, that first snowy picture is actually from January 31st. This one on the right is from the 15th, once the bulk of the snow finally melted. It’s the same woods, if not the selfsame spot.

Comet loves the snow; it seems to energize him. He’s so enthusiastic for the frozen stuff that I actually entertained the incredibly silly thought that he’d be less interested in the woods once it had melted.

Of course, melted snow means a whole mess of fascinating smells and, of course leaves to roll in, which are just as much fun as snow. Whose woods these are, I think we all know. 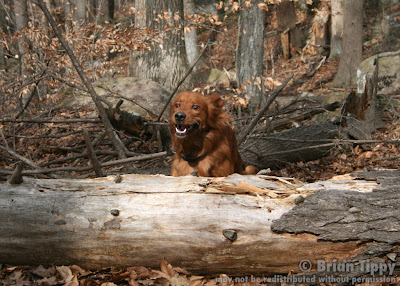 Just because I’m working on composing pictures with more landscape doesn’t mean I won’t take the opportunity to ask Comet to jump over a big log a few times. I thought the expression here was priceless, so I couldn’t pass up showing this one off too.