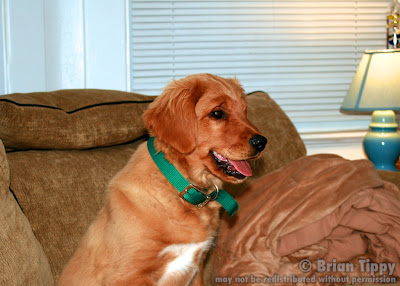 We did it. Andy and I went up and evaluated four puppies and picked out the one that seemed the most physically sound, even-tempered, and suited to the lifestyle we have planned for him.

That also happened to a pup with a large white blaze on his chest. It’s a pretty substantial fault in the show ring, but it has no influence whatsoever on his health, personality, or athletic ability, and it’s cute as heck to boot. We have no plans to breed him or show him, so we grabbed him and named him Ajax.

There was another puppy who looked just like Gus did at that age and had good conformation to boot, but he didn’t have that outgoing, adventurous personality that we saw in the white blaze boy. 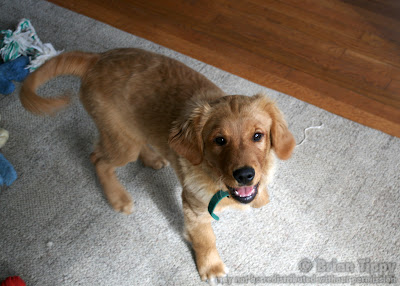 So, now we have a hellion charging through the house, grabbing shoes, finding long-lost socks under furniture, and wiggling his way into our hearts.

Even though he is a little bit of a scamp, we only have to tell him a couple of times that something is off limits and he seems to grasp it fairly well. He takes direction wonderfully and came pre-loaded with basic commands from the breeder. While it’s fun to train those first steps yourself, it’s pretty nice to have the foundation already laid. 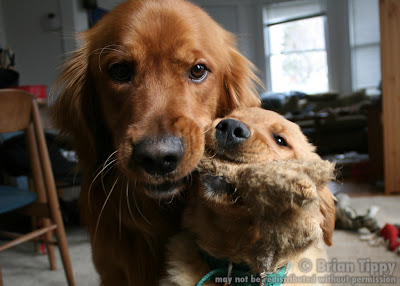 Comet, as predicted, is an exemplary big brother. He hasn’t shown any jealousy over attention, toys, treats, or foods. Quite the contrary: he loves interacting with the squirmy little guy.

In the backyard this morning, Comet picked up his tennis ball, teased Ajax with it, and ran off. A several minute session of lapping the yard ensued as Comet taught Ajax to follow, then to anticipate the single fake, and finally the double fake, and Comet streaked back and forth with the puppy in hot pursuit.

It’s comforting to watch that sweet Golden spirit passing down from dog to dog, transmitted through the medium of a wet plush rabbit toy that once belonged to Gus and now is being soaked anew by the spit of the next joyful spirit.
Posted by Brian at 5:00 PM