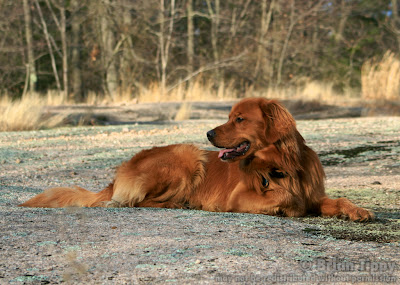 While Comet’s best teaching is often that reminder to lighten your spirit, kick up your heels, and foam at the mouth a little, there are moments where he is an arrestingly beautiful dog, and you need to just stop and appreciate it.

We were up at the trails behind the quarry, and I had parked Comet away from the edge so I could focus on Ajax. Usually I just let the guys run loose and trust in their instincts for self preservation, but the drop at the quarry is very sudden and surprising, so we take extra care there.

The late afternoon light at the old quarry lit him right up, so I just had to snap a few pictures. 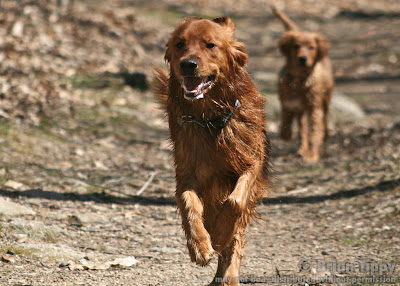 We now return you to your regularly scheduled, sprinting, frothy, young dog in flight. This picture is from a day later on a walk that begins with a quick dip in the river. 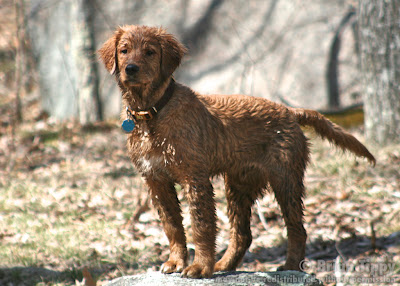 Ajax took a dip in the river too, and he managed to become rather filthy over the course of the next few minutes. No matter how muddy Comet gets, he seems to shed most of the dirt once he dries.

Hopefully it’s just Ajax’s puppy coat that’s holding onto the mud, and he’ll be as dirt resistant as his brother before too long. Dirty or otherwise, he’s done some wonderful posing recently. 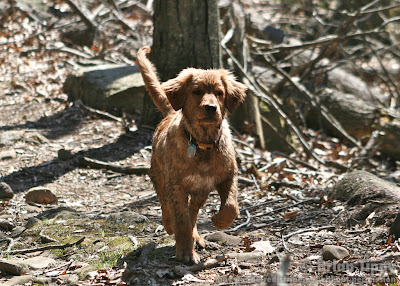 He has wonderful motion in addition to his poses. His trot is floaty and airy, and he carries himself with wonderful attention. Comet seems to be a more nose-oriented dog, so he runs with his head down much of the time.

Jax is more like Gus in the sense that he devotes more time to running with his head up, looking at as much as he smells. It makes for adorable adolescent puppy pictures. 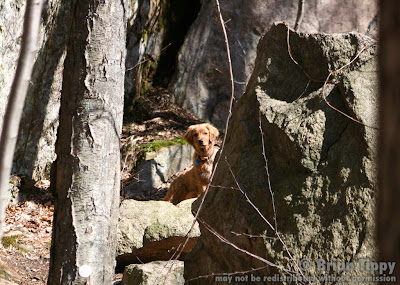 “You coming?” Sometimes I wish I had four legs too. Then maybe I’d do a little less strolling and philosophizing and a little more throwing myself into every body of water I walked by. I’d scamper up trails at a sprint and take frequent breaks to lay back and enjoy the weather.

Still, having arms and opposable thumbs means I can scratch my own back when it itches, rather than having to roll around in the grit and dirt trying to get that pesky spot.

So if I were a Golden Retriever, I’d keep a human around to scratch those itchy spots for me when I needed him. I’d convince him he was in charge by acting super cute all the time, but I’d develop skills at manipulating him into scratching me in just the right spots whenever I wanted. Wait a sec...
Posted by Brian at 4:00 PM