A Swimmer Is Born 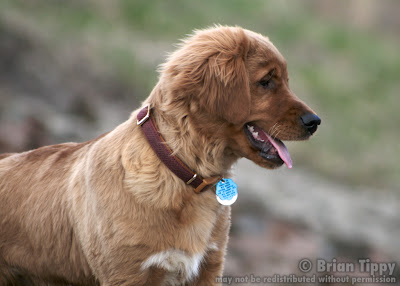 Ajax is in a period of spectacular growth and maturation. We have him on large breed puppy food so he doesn’t grow too fast, since there are plenty of physical problems that could crop up if he grows unchecked. We also keep him nice and lean in order to limit potential health problems and to keep him in top-top athletic shape.

Still, he’s growing like a weed, and the mask of adult fur that ringed his face and nose the day we got him has begun to travel further down toward his neck. That white spot is as bright as ever. 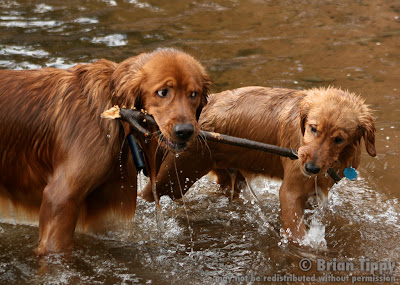 The beautiful weather today gave us another chance to play in the shallows of the lake, and Ajax lost no time in challenging Comet for possession of a prime stick. Comet loves to be chased and to play tug with toys and sticks, but he’s still giving Ajax the hairy eyeball here. 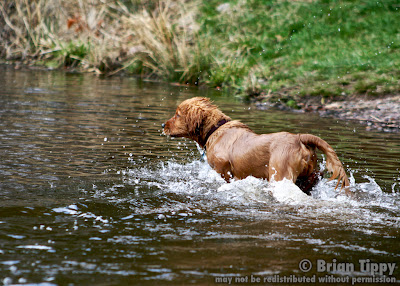 As Comet fetched sticks in the deep water, Jax splashed around, daring himself right to the edge of the drop-off in the lake’s bottom. 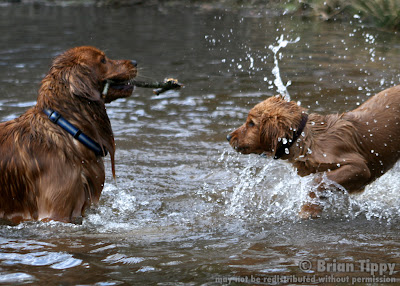 As soon as Comet brought a stick close enough to shore, Ajax exploded into action, challenging him with great froth for the precious woody treasure. 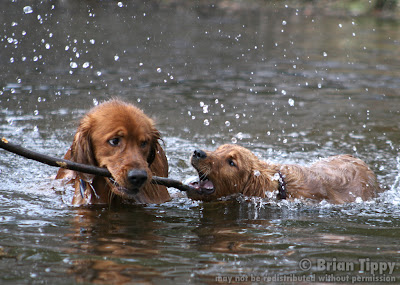 Comet, ever the patient, generous fellow, obligingly brought sticks close enough for Ajax to grab at, but he kept teasing him to go just a little further than he was comfortable. 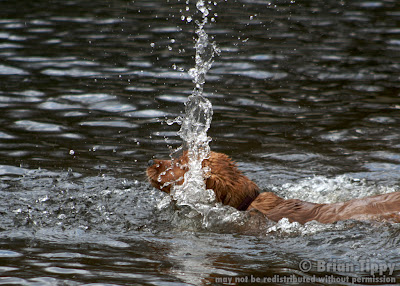 Finally, Jax got fed up of being consigned to the world of the shore and struck out with great splashing ado toward Comet. 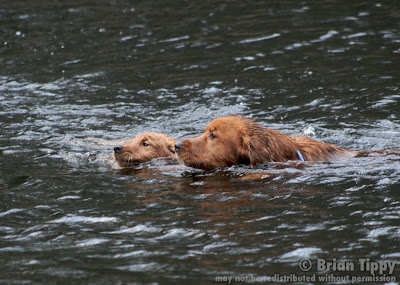 Thus was a swimmer born. Jax now has no hesitation about going deep enough that his paws no longer touch the bottom, and he went from apprehensive splasher to confident swimmer in just a few seconds. It is now, by the way, rather difficult to keep him out of any body of water he happens across. 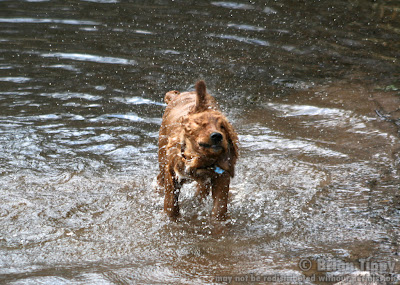 It’s even more difficult to keep him from shaking those bodies of water onto his unsuspecting owners once he’s all wet.
Posted by Brian at 3:54 PM