At Home in the Woods 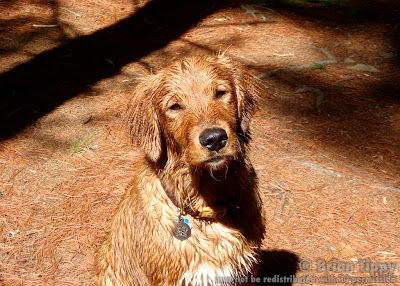 It’s a strange thing to watch a dog make that swift but often imperceptible switch from puppyhood to adulthood. The energetic insanity gives way, temporarily, to flashes of quiet curiosity, complex thinking, and the occasional realization that working with the human is actually his job.

Ajax has recently become solid on “stay,” so it’s possible to park him, take a a few steps back, and match him up with good lighting and a good background. I especially love how the light diffuses through his iris, despite his squint, and gives a tone of amber to his chocolate eyes.

He matches the background so nicely that it’s easy to imagine him as a child of the woods, a sprite returning home to play.

The fu manchu whiskers are a nice touch too. 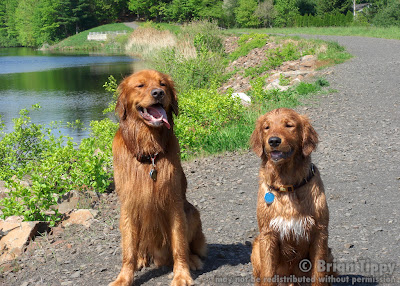 That “stay” has gotten so good, in fact, that I can park both dogs, take a step back, and try to get them in the full sun. Soaked by the lake, dazzled by the sun, and exhausted by the exercise, they’re the epitome of happy and satisfied. 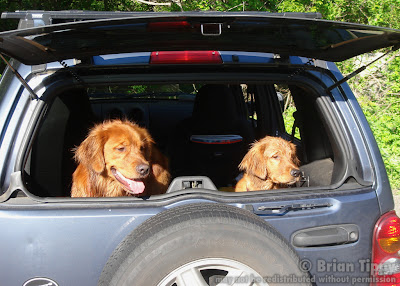 After a long hike, there’s nothing like getting back to the car with your messy hair and preparing for the short ride home, where you can take a well-deserved nap. The dogs get to nap too.

On second thought, Jax doesn’t really look that old when he’s next to Comet. He’s certainly grown quite a bit in two months, but he’s still indisputably a puppy.