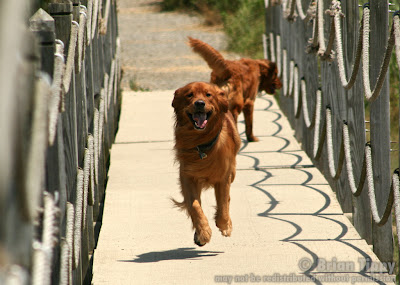 In 1877, Eadweard Muybridge proved that all four of a horse’s hooves leave the ground for an instant at a certain point in a gallop. Dogs, too, are creatures of the air for the briefest intervals of time when they run.

It’s not surprising, considering Comet’s joie de vivre, that he would prove to be particularly buoyant as he runs. And it’s not surprising, given how many pictures I take of the dogs when we’re out and about, that I would catch him at the point that his paws no longer touch his shadow. 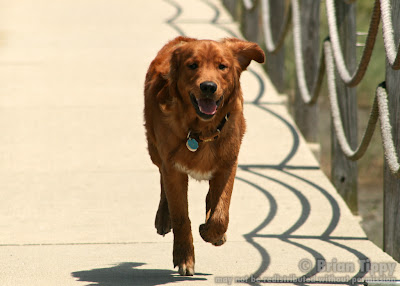 Jax, too, is similarly free to challenge the laws of gravity. There’s something poetic about having just two toes in contact with concrete before you abandon yourself to weightlessness for a moment. 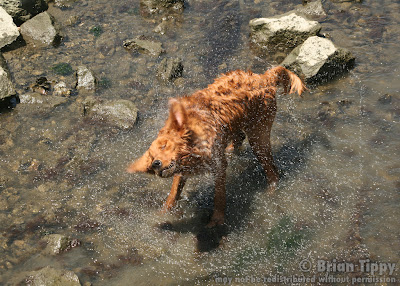 -Walt Whitman
“A Song of the Rolling Earth” 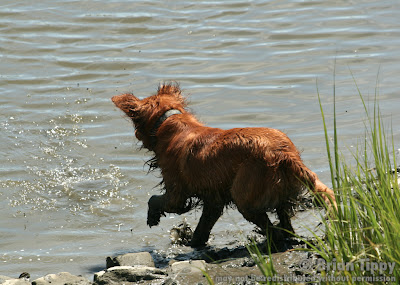 The air dogs are also water dogs. Here in the salt marsh, there’s opportunities to run, spray water, and splash around in the mud. We go places like this, and I think to myself, “this is dog heaven.” I realize, though, how often I say it, and it came to me today that a dog can find heaven just about anywhere. 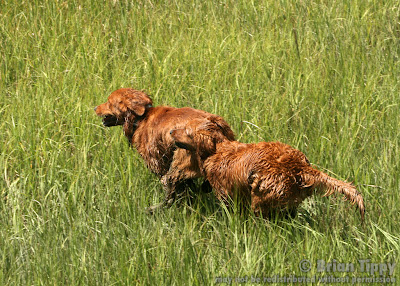 After a swim, it’s time for a chase through the grass and mud, fiery blurs in green grass, muddy legs, wet coats, and that moment when neither dog is touching the ground at all.