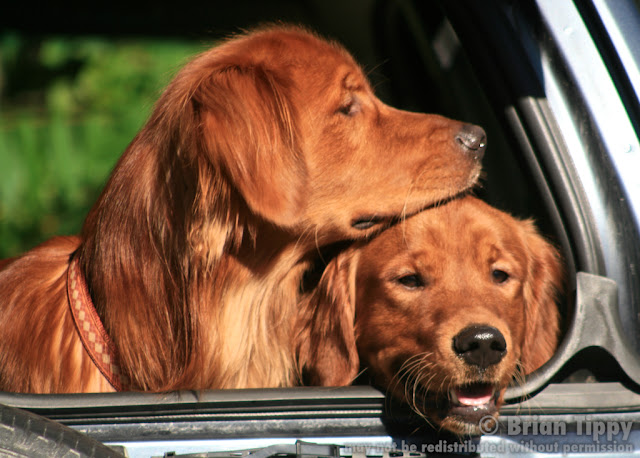 There’s something about late afternoon light that makes a red Golden light up like he’s on fire, and as the days grow colder I still feel a warmth tingle through my limbs when I see those streaks of flame light up the woods.


My limbs, and the quivering fire that ever plays through them, for reasons, most wondrous;
Existing, I peer and penetrate still,
Content with the present—content with the past,
By my side, or back of me, Eve following,
Or in front, and I following her just the same.
-Walt Whitman
“Leaves of Grass (17)” 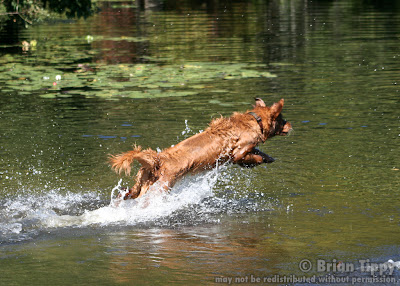 A few days after that late afternoon picture, we visited my folks in New Jersey and took a quick walk around their local lake. My dad obligingly threw sticks for them so I could try to get some classic action shots. The beach drops away slowly, so the dogs get several leaps in each time before finally swimming.

This is the same trip we took a little less than a year ago with a younger Comet and a healthy Gus. I was struck, as I always am, by the idea of cycles and circles, of losing and gaining, of how our endeavors are sometimes as silly and as satisfying as chasing a stick. 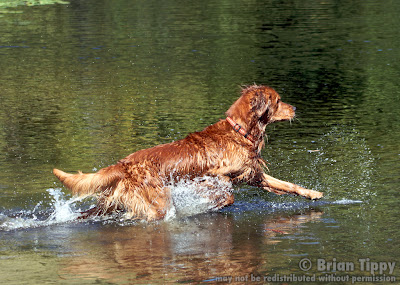 Comet showed excellent reach and great athleticism in getting through the water. He’s developed into quite the muscular young athlete.

In fact, Comet’s vet spent a couple of minutes admiring his musculature at a checkup the other day. I was oddly proud. 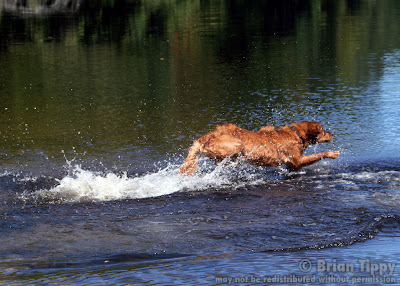 Jax, for his part, really learned how to maximize that last contact with the sand in order to fly back out of the water. 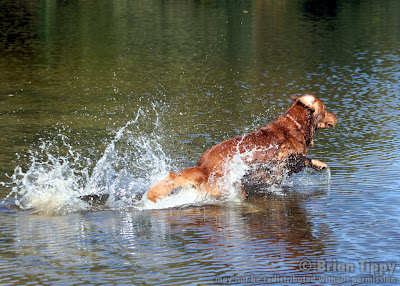 Comet’s not too shabby either. I love that you can see the divot from his last leap even as he’s well into the next.

Swimming season for humans is well over, but the dogs will swim until the water is completely frozen over.