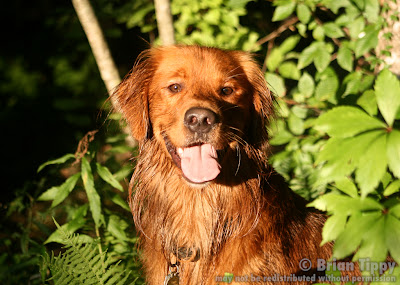 This entry is a bit cumulative, since I’ve been hiking plenty with the dogs since my last early August entry. However, I haven’t taken any pictures since we left Vermont. This dearth of photography isn’t due to a lack of interest on my part but rather to a fundamental fact of the local ecology.

The August mosquitos have made an extraordinary showing on our favorite stomping grounds. So, we had two choices: give up hiking altogether for a few weeks, or hike incredibly quickly and without taking breaks. We chose the second option, so photos simply weren’t realistic.

Hikes in August, then, became a kind of an intense steeplechase of swift walking and jogging over rocks, streams, and muddy swamps. The dogs were rather enthusiastic about this development. 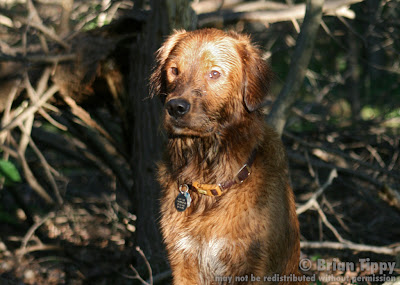 We did, however, stop and pick wild raspberries and blackberries on one hike, which resulted in a thorough mauling by the mosquitos and a horrible case of poison ivy on my legs.

Today, however, was just cool enough to calm if not eliminate the little biters, so I did stop briefly to try to get a couple nice shots of the guys as they practiced “stay.” In terms of the lighting, I picked a substantially better spot for Comet.

Photographers call the first and last hours of light in a day the “Golden Hour.” The sun picks up that mellow, diffuse hue that lights up certain kinds of subjects. It was late in the day when I took these, and while it perhaps wasn’t technically the last hour before sunset, it seemed like a pretty Golden hour to me.