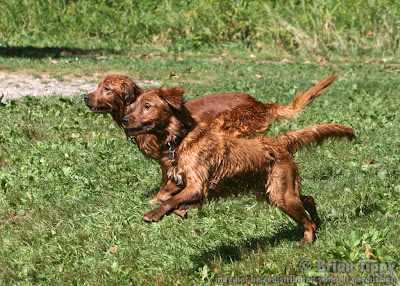 September in Connecticut brings temperatures that preclude human swimming, but it’s at this time that we see the return on our investment in all-weather dogs.

September is fetch-time, when overheating isn’t as much of a danger, sticks fall willy-nilly on the grass, and even the fishermen aren’t quite as common on the lakeshores.

September, coincidentally, is also the month in which Jax began to offer Comet some serious competition in the game. 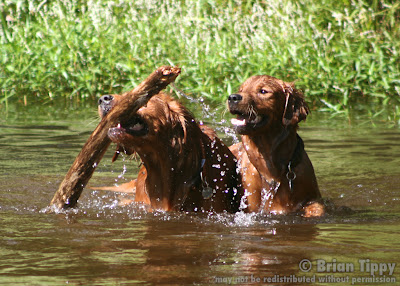 Currently, though, Comet’s more experienced and wily in the game of mid-water keep-away that inevitably results when they both get to the stick. He’s also just a bit faster in the water. Some pups might be turned off of a game they rarely win, but Jax’s drive is a little extreme, so he never seems to tire of chasing a blazing Comet.
Posted by Brian at 3:00 PM