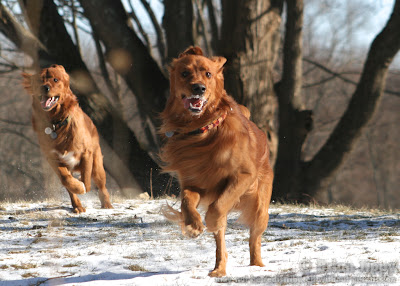 Every time I take pictures of the dogs, I end up with a few silly, unflattering, and outright strange expressions on the dogs’ faces as gravity, momentum, and panting all work their strange magic on a dog’s loose skin. I set out to make an entry of these so I could make fun of them a little, and I remembered this Whitman poem:


I have perceiv'd that to be with those I like is enough,
To stop in company with the rest at evening is enough,
To be surrounded by beautiful, curious, breathing, laughing flesh is enough,
To pass among them or touch any one, or rest my arm ever so lightly round his or her neck for a
moment, what is this then?
I do not ask any more delight, I swim in it as in a sea. 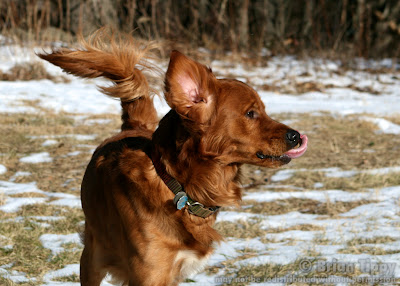 And then, suddenly, my enterprise of having a little fun with the dog’s silliness suddenly changed. Comet’s snowfoam lipstick seemed so packed with delight that he no longer looked quite so ridiculous. It was as if he came into focus, not as a goofball, but as beautiful, curious, breathing, laughing flesh.

Once again, Whitman and the dogs make serious business of finding delight in everything.

Jax, finishing a shake, cleaning his nose, and gathering like a spring to explode off, stage right, is no exception. This is the kind multitasking I should do more of. 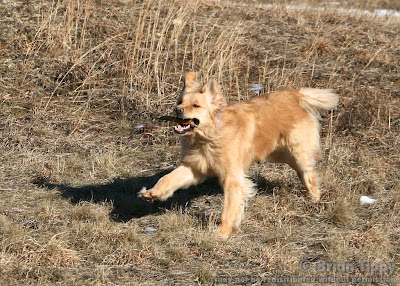 These pictures all come from another West Thompson walk I took with Jill. Andy had work, but she and I and our combined pack of six dogs had a great time.

Tango, who was visiting a friend when we last went for a walk, was in full force today. She looked quite lovely when she was in motion, galloping along with her stick, but I thought this particular frozen moment just caught how much fun you can have when you don’t care who’s watching. 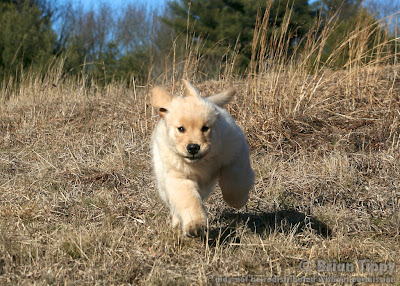 Copley, only a few weeks older, is growing noticeably. I didn’t get enough pictures of him to catch anything truly silly, since he’s still being carried quite a bit, but I did get this cute, focused moment when I whistled for him, and he barreled towards the camera. 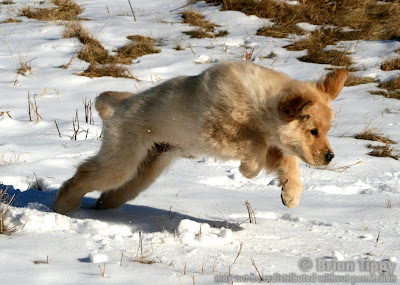 Copley also started pouncing in the snow. I have no idea what he was going after, but he pounced a few times and really shoved his nose in there. I’m not sure if he was just pouncing on the little rolling balls of snow he was making himself or if there was some rodent his nose led him too, but he was really focused on it. 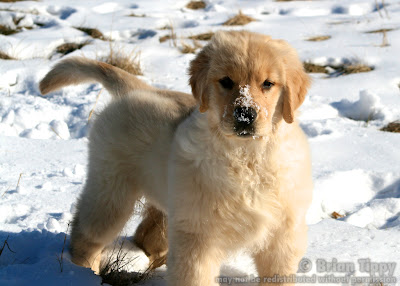 Now, Golden Retriever puppies are always photogenic, and Copley’s a particularly good example of this principle, with his snowy nose and serious face.

But I like this shot even more because you can see in his fluffy puppyhood the shadows of the show dog he’ll one day become.