How to Lose (a Stick) Gracefully 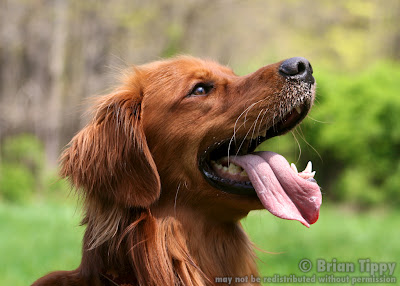 Comet is an utterly charming dog. He spends much of his day assuming something completely awesome is about to happen. At this particular moment, he’s completely correct, since Andy is holding a loaded Chuck-It and is about to launch a tennis ball. 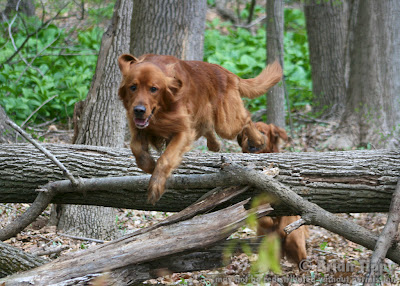 He can also get some serious air when the need arises, like when his owner piles debris in such a way that it’s impossible to go under a log. My favorite part about this photo is that Comet is looking at me instead of at his landing spot. 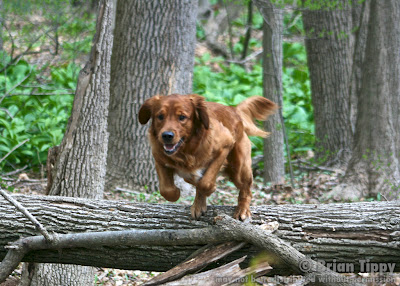 As you can see in the previous picture, Jax isn’t far behind. While Comet prefers to clear barriers without touching them, Jax prefers to jump to the top of a log and get as much height and distance as he can. 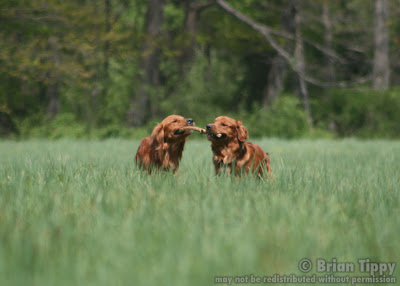 As Jax reaches maturity, he and Comet seem more a matched set. Comet’s still faster in an all-out sprint, but Jax is a feisty competitor when it comes to stick fetching, and frequently a game of fetch ends with the stick rather inefficiently brought back by both dogs at the same time. 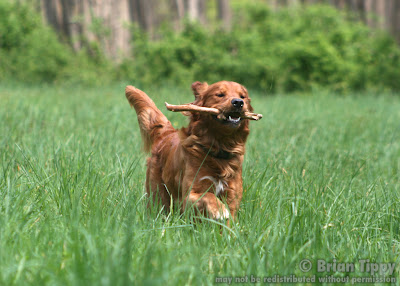 So, even when Comet beats Jax to the stick, sometimes it’s Jax who ends up with it on the retrieve. 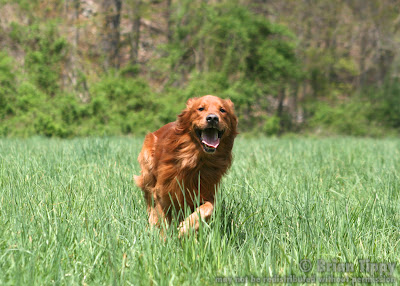 Sometimes you don’t get the stick, but that doesn’t mean you have to be a bad sport. Maybe if you lose, it’s time to run around without a stick and just enjoy the grass and the sun.
Posted by Brian at 5:00 PM