Where There's a Willet, There's an Osprey 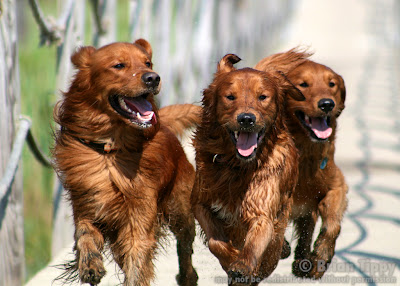 I apologize for the truly tortured pun that makes up the title of this entry, but since both birds make an appearance, I really couldn’t resist.

The end of July saw us at the salt marsh quite a bit. Because of beds of aptly named razor clams by the trail, I only like to go there at high tide, when the dogs are less likely to slash up their paws. Fortunately, it seems as if every time I’ve checked a tide table, high tide and sunny weather were predicted  at exactly the time I wished to head out there.

A large part of the trail crosses the marsh on a raised concrete causeway. The dogs happily slog and swim their way out through the grass and the channels, and then they sprint back along the causeway when they’re called. 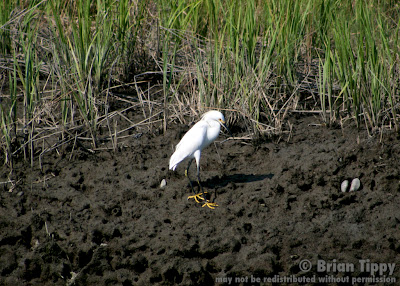 This Snowy Egret is one of many wading birds that frequent the marsh during the day and roost nearby it at night. When he first saw the dogs, his first tactic was to freeze, which worked surprisingly well. A flapping bird is an object of religious devotion for a Golden Retriever, but a still one might as well be made of grass.

He did eventually spook and fly off a few minutes later, to my relief, since I’d hate to have one of the dogs successfully injure a heron, which they’d no doubt do if they managed to catch him. 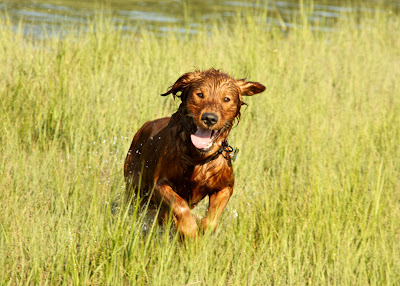 I think this is my all-time favorite picture of Ojo because it captures his total abandonment to the water, salt, and mud, broken by a millisecond’s check-in to the silly humans who never seem to jump into anything. 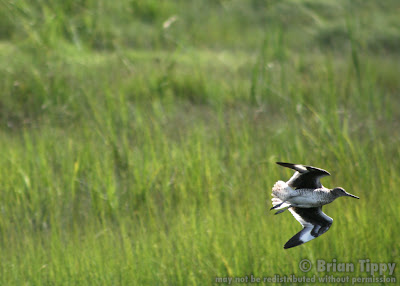 My dad was able to identify this as a Willet from an e-mailed photo. Though I have a great field guide on my phone and an even better one on my bookshelf, it’s often more fun and less work to test my dad’s mettle.