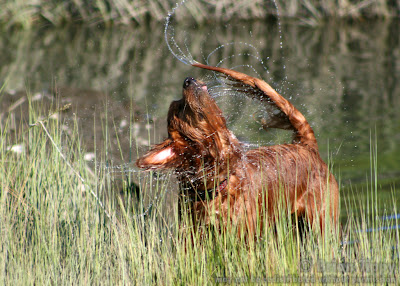 August was jam packed, so much so that I really didn’t take two many pictures. I did interval training with Ben, hiked something like a dozen times, and vacationed with family on the lake that our parents used to take us to.

Jax had many, many opportunities to shake off, but this was by far the best one. 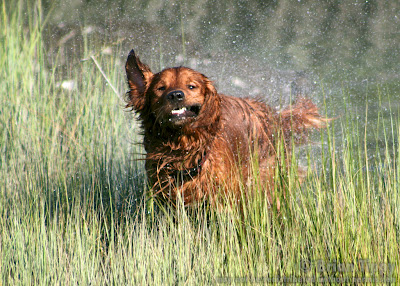 I don’t know if you’ve ever stopped to consider the physics of a dog’s shaking off, but it’s really quite extraordinary. The movement is so much quicker than it appears to a casual eye, and because their skin is loose, there’s an amazing whip to it. I wonder if anybody’s ever tried to measure exactly how much water comes off a soaked dog on that first shake.

If you ever want to judge how amazingly quick a movement it is, try to shake off your hair after a shower. Unless you give yourself a brain hemorrhage in the process, you’re unlikely to get as much water out of your hair as Jax gets out of his coat in one shake. 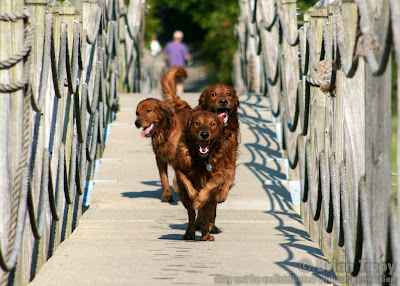 At the end of the month, we had to give Ojo back to his family. It was harder than I thought to give him back. More than once I found myself plotting ways to keep him, but a dog belongs with his family.