Berries in the Fall 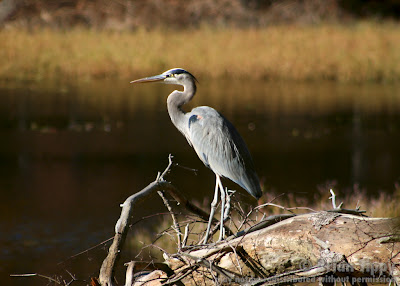 After being rained in for a few days, I was really looking forward to this morning. The weather report promised that it wouldn’t rain, and it even hinted that the clouds would burn off by midmorning.

I called Jeremy and Naomi, and we took a stroll around the Supply Pond park. We came upon a Great Blue Heron, who wasn’t too concerned about the dogs and politely hung out for a minute or two. 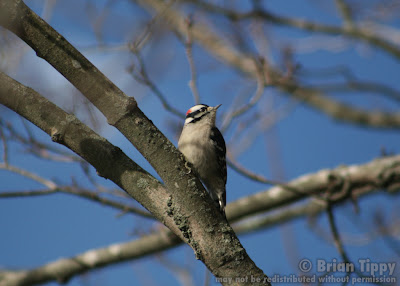 I should have realized from the Blue Heron that today was going to be a wonderful day for bird pictures. I feel like the light hasn’t been this good in months. In fact, looking back at all these pictures, I’m not sure I’ve ever had such cooperative birds in such wonderful light.

This Downy Woodpecker was part of a mixed flock of chickadees, thrushes, sparrows and woodpeckers I photographed for several minutes. He and his mate worked the tree over, presumably looking for bugs, unlike his friends, who were clearly drawn by the berries high up in the tree. 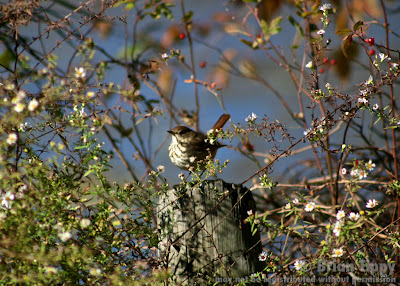 The mixed flock had a high percentage of Hermit Thrushes, and they were definitely there for the berries. The All About Birds entry I linked to even mentions that they supplement their winter diet with berries, and I can now personally attest to that fact. 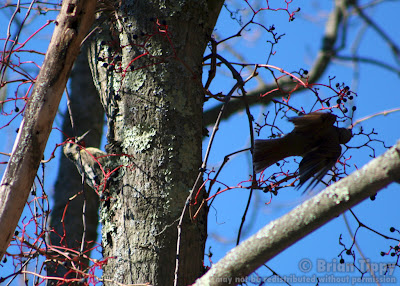 As I was photographing a Hermit Thrush on a branch, I saw a woodpecker in the left part of the frame. My mind wrote it off as the Downy, but right as I caught this neat shot of the thrush dropping off his branch, I started to have the strange feeling that the bird in the corner of my eye wasn’t as familiar as I had originally thought. 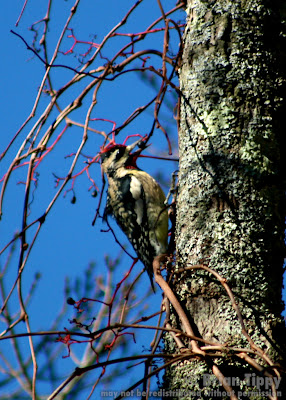 It turns out that it was a Yellow-bellied Sapsucker, a bird I’ve never seen in Connecticut. If you ever wondered whether or not they were fructivores, here’s your proof. In this amazing light, the rich, deep red of his head and neck were striking, and his yellow belly, which is usually really hard to see, was quite obvious through the telephoto. 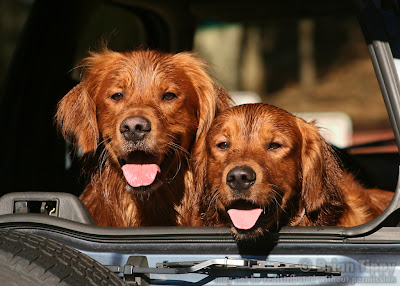 I do have proof that the dogs were actually there, though this entry doesn’t focus on them. Today was a very ordinary dog walk, super fun for them, restoring and relaxing for me. They were muddy and happy by the end, and that’s always a good thing.

As for my part, though, today I’m still crowing over the birds and the pictures I managed to get. It was definitely one of my all-time best bird photography outings.