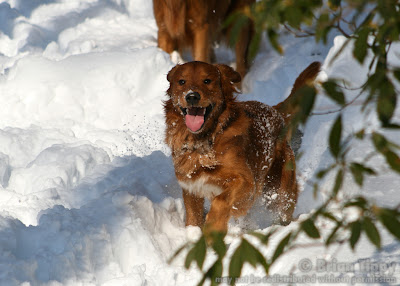 January saw the east coast absolutely hammered with snowstorms, and not every day was a great one for a walk. However, we also did see a few bright, milder days, so I made an effort to get out and slog through the snow for a mile or two so the dogs could get their exercise and I could get mine.

While snow hiking requires tremendous effort on my part and starts me thinking about an investment in snowshoes, it seems to energize the dogs rather than exhaust them, at least for the duration of the hike. 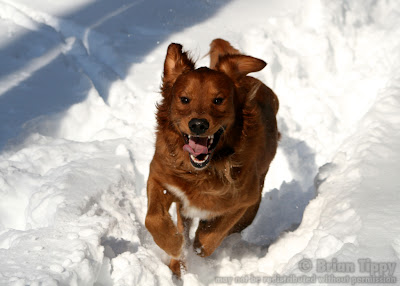 Both dogs love to run around in the snow, but Jax was absolutely ecstatic. I have literally a dozen pictures of him with those two sparks in his eyes and that expression of happiness so profound it borders on insanity. 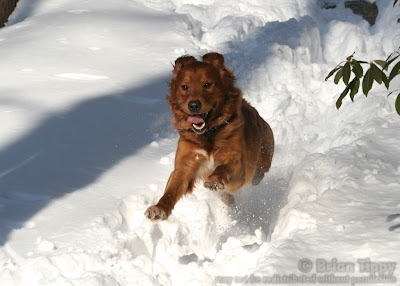 Did you not believe me? The dog loves his deep powder. 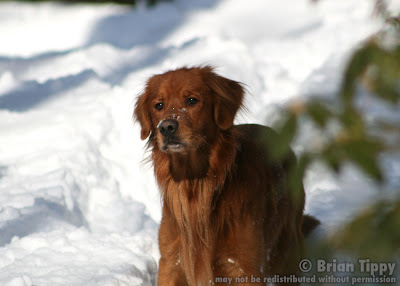 I have plenty of shots of Comet running around too, but he’s more interested in balancing his running time with rolling time, so you also get these thoughtful moments as he decides whether to chase Jax or get back down in the snow and give his back a good scratch. 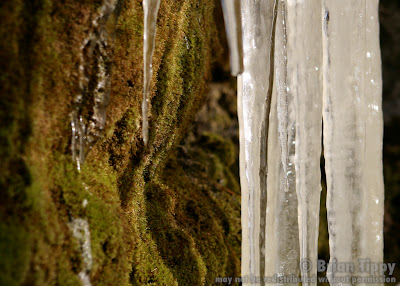 This trail goes through a section of the quarry that’s been abandoned for at least 40 years, judging by the trees. We call this trail the “Icicle Loop” because the huge boulders retain heat and melt small amounts of the show which refreeze as they run down the rocks. There are spectacular ice walls and massive conglomerations of icicles sometimes. We break some off and feed them to the dogs, but we also stop to appreciate just how beautiful they can be.
Posted by Brian at 2:36 PM