The O in Osprey 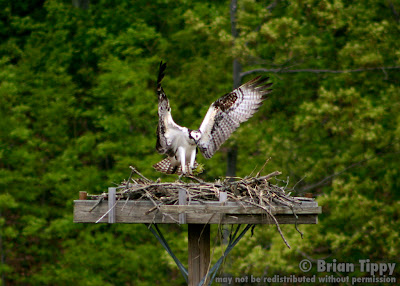 I’ve been writing this blog for long enough that I can start to see patterns and signposts in my year. And one of those signposts holds up an Osprey nest. 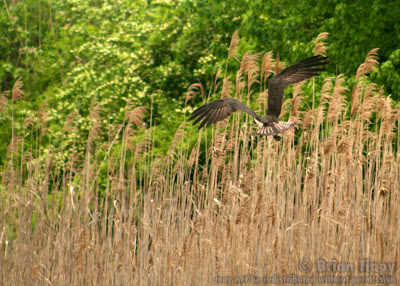 The challenge now is trying to work on composition and color to put together a shot that doesn’t just say “look how close I can get to the Ospreys” but also captures something about what it’s like to be there out in the open air, watching them come and go. 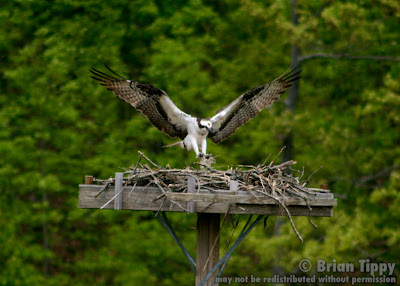 Now, in the last landing shot, the bird was carrying some greenery, presumably to decorate the nest a bit. In this one, I have really no idea what it is. When I took the picture, I assumed it was a fish, but on reflection, I think it may be a piece of plastic.

I’ll check again, next time around.
Posted by Brian at 12:23 PM No comments: 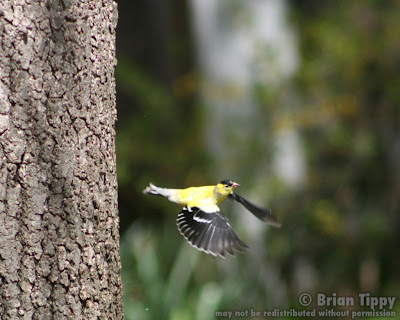 The Goldfinches, who last appeared in duller winter plumage, are in full dress yellows now, and they’ve been frequenting the feeders on and off. 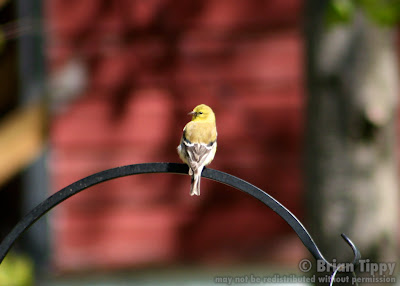 Even the females are brighter now than they were a few months ago, though they lack the incredible contrast of their counterparts.
Posted by Brian at 12:07 PM No comments: