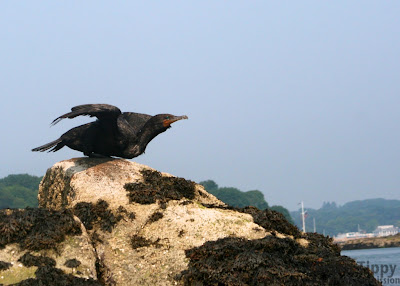 For a long time, I’ve kept my old whitewater kayak in the shed on a sort of just-in-case basis. I don’t have any local friends who paddle, though, and I haven’t actually taken the thing out in quite some time.

So I decided that I was old enough to simply give in and accept that I probably wasn’t going to be whitewater boating anymore. There are certainly plenty of guys much older than I who do whitewater, but I think my days of throwing a boat on the car and driving to Maine to catch a dam release are probably over. 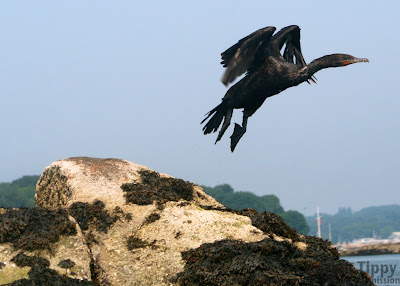 So I wrote up a classified ad for the whitewater boat and bought myself a proper sea kayak. After all, the New England coastline is famous for its beauty, its wildlife, and its seaside culture.

I took it down to the closest put in (Stony Creek), and gave myself a tour of the Thimble Islands.

Typically, I’d try not to disturb resting birds, but I paddled upwind of this Double-crested Cormorant and let the breeze take me closer and closer as I snapped shots. Finally, he gave me the hairy eyeball and took off like some prehistoric monster.

“Cormorant” is a contraction of corvus marinus, Latin for “sea crow.” It’s apt. They’re common, hardy, and have a reputation for greedy eating. 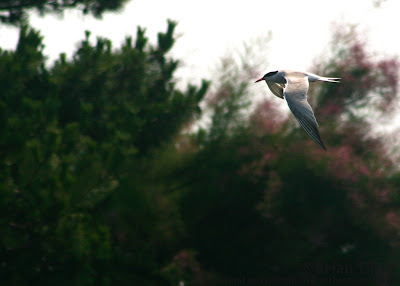 A more difficult subject was this Common Tern, who was fishing off of one of the pricier-looking pieces of property. Taking these photos involved drifting and twisting and mashing the shutter button. 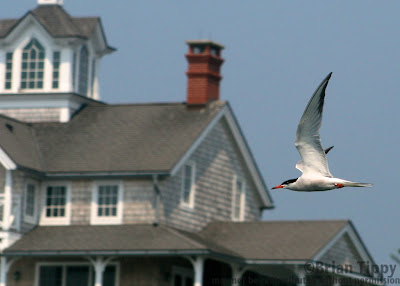 I did get a couple of good ones, including this one, which could be used if these people ever want to put their enormous island house on the market.