Aim Your Fish Into the Wind 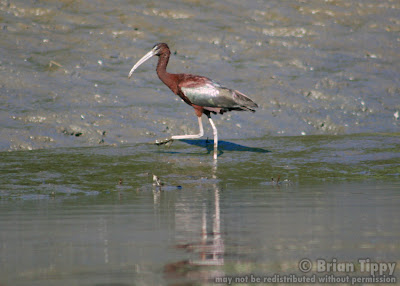 At this point, the drill is familiar: run on down to the Guilford Marina, put the boat in, and head up river. Today I went really early in the day and went a lot farther than last time.

I went about 2.5 miles up, far enough to go underneath I-95, and just past that bridge, I saw a Glossy Ibis. 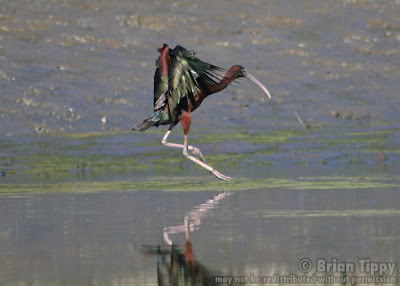 He took a quick hop while I was drifting toward him, but he didn't seem at all disturbed as I snapped shot after shot until he walked up a mudbank and disappeared.

I've seen this bird once before in the salt marshes, but this is the first time I've been remotely close enough to get a good picture. 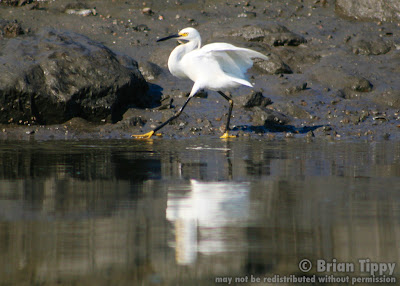 For whatever reason, it was a day for good action shots. This Snowy Egret  was a dozen feet away from the ibis also hopped a few times in his pursuit of small fish and crustaceans. 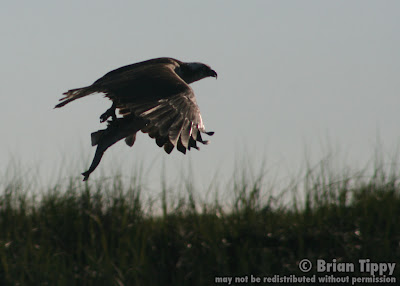 The coolest moment, though, was when an Osprey plucked a sizable fish out of the water not far from my boat. Originally I thought I had spooked him as he flew away from me, so I wasn't prepared with my camera when he suddenly circled back and dove. Though I missed the dive, I did catch him in flight with his prize.

If you've observed enough Ospreys, you might have noticed something unique about their fishing habits: they always turn a fish head first. No matter how they catch it, before they fly off, they'll rearrange it until they're holding it parallel to their bodies, head into the oncoming wind. Sometimes they do it by simply holding one foot ahead of the other, but I've also seen Ospreys who shifted their grip quite a bit in the process. The leading theory I've heard is that they're holding the fish at the most aerodynamic angle, which provides an advantage because it reduces air resistance. I'm not sure I'm convinced, but it's certainly the best explanation I've heard, and Ospreys absolutely do insist on having their fish head first. I've seen several really struggle in the air as they rearrange the fish, so the benefit of having the fish head first must outweigh the risk of falling back into the water and must, at least in the long run, pay for the extra energy expended getting it just so.

So take a lesson from our Osprey friends, and when you're engaging in an important and risky task, make sure you take a second and point your fish into the wind before you really get going. 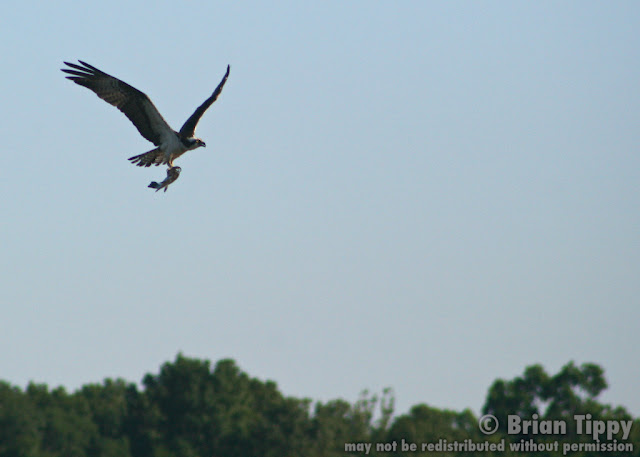