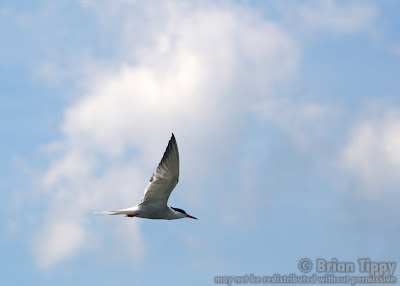 Guilford's East River is rapidly becoming a favorite spot for me. I love that it connects to the new East River Preserve in the north part of Guilford, and it's a bit closer to my house and easier to put into than the Hammonasset River, especially now that I've dropped the $20 for a season pass at the Guilford Marina. 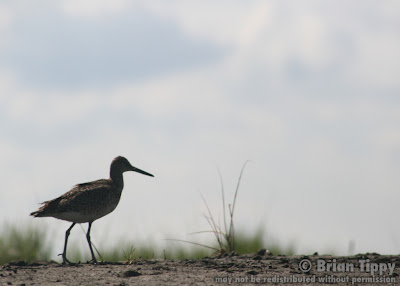 I went almost two miles up the river today, which was almost the entire salt marsh section. While I plan to go farther soon, all the way up into the coastal forest, today had some good exploring.

The predominant wildlife is still Willets (left), Ospreys, and Common Terns (above left). I also saw a high-up hawk that I'm fairly sure was a Cooper's, though she took off over the marsh before I could get a good picture. 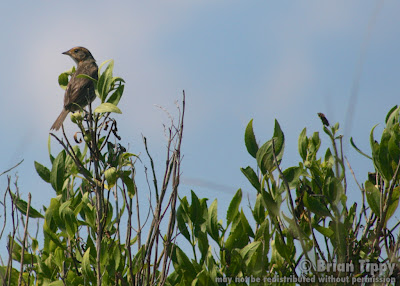 I also saw a little guy that's turning into an old friend. I've seen lots of small sparrow-like birds flitting across the water and into the grasses, but they're much shyer than the Willets and the other larger birds, so it's hard to be sure exactly what they are.

But, as I've mentioned before on numerous occasions, here's the huge advantage of the kayak: you can take a few shots at a safe distance, and then set yourself up with current, wind, or even momentum to drift a bit closer and closer.

So I was finally able to confirm my hunch and get a few good pictures at the same time. At least some (and probably most) of the sparrow-like birds are the Saltmarsh Sparrows I've come to know well. I don't like to interrupt birds' habits, and I try to stop at the first sign that I'm disturbing one, but this time I got a little too close, and the sparrow looked back over his shoulder as he took off away from me. 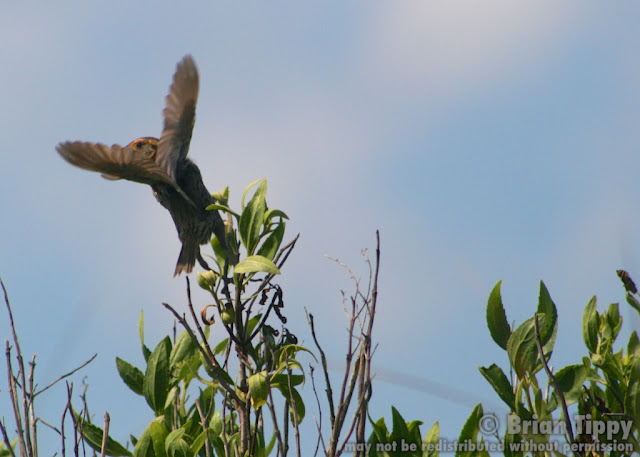