A Short Jaunt on the East River 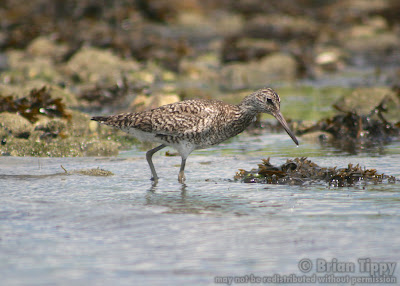 Today I threw the boat on the car for the first time this year and headed out to do a little exploring on the East River in Guilford, the same East River that runs through the preserve I visited last week. It's apparently possible to take a kayak from the Guilford Marina—to which I now have a $20 season pass—through to the preserve at high tide.

Within seconds of shoving off, I'd found a Willet working the shallows. 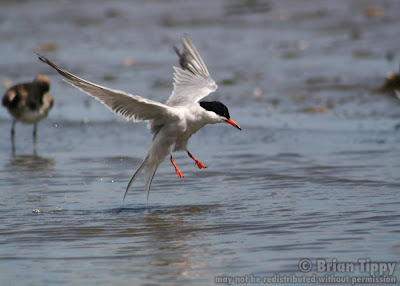 A hundred yards later, I found a mixed group of Willets and terns bathing in the shallows. The terns were all Common Terns, and they hopped in and out and splashed around.

I'm having a bit of a rough time ruling out Forster's and Roseate Terns in some pictures, but I'm pretty sure these are all Common. 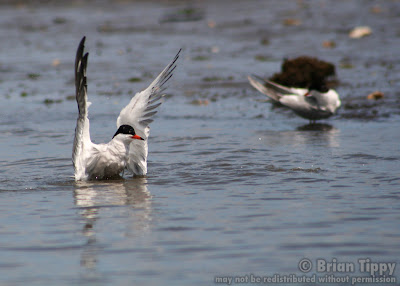 Within minutes, I had dozens of action pictures of terns in full breeding plumage. 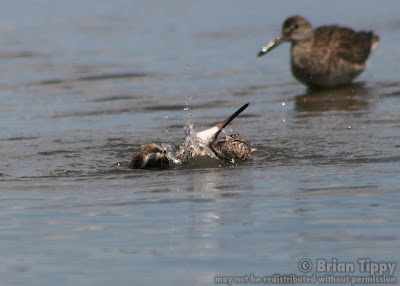 The Willets were bathing too, and out of a few dozen exposures, I captured this neat sequence of three. 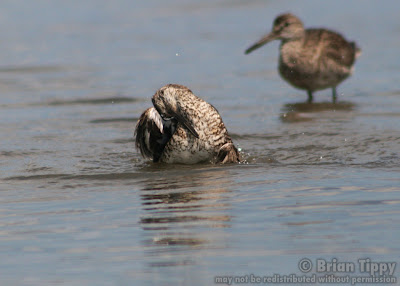 As always, I try to set myself upwind of the birds I'm photographing, so I can get closer and closer while causing as little alarm as possible. 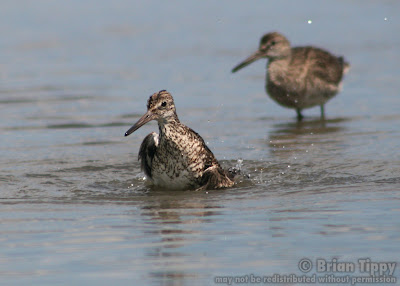 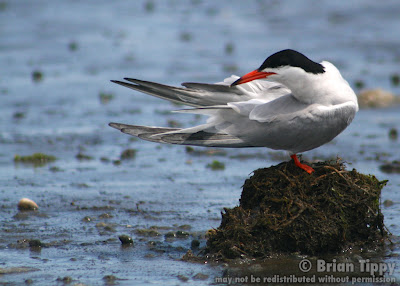 As I finished my drift toward the mixed flock, I took one more series of exposures of a male Common Tern preening. Or, potentially, doing tai chi. 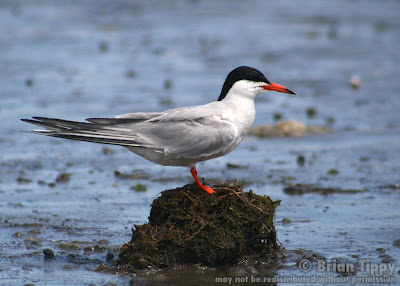 Just as he stopped preening and looked worried, I put my paddle back in the water and halted my approach. It's great to get good shots of birds, but it's not worth the expense of disturbing their habits. 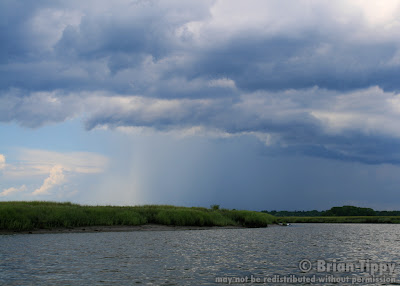 Sadly, when I was only about a half mile from the marina, a microcell thunderstorm got itself whipped up to my north, right up the river. I tried to rationalize staying out on the water and going up at least a little father, but when I saw a bolt of lightning in the middle of that downpour, I turned around and hightailed it back to the dock.
Posted by Brian at 3:00 PM