On the Sound, But No Fury 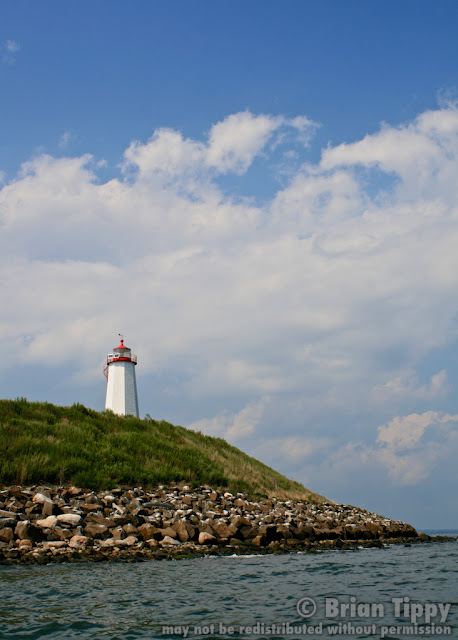 It might be September, but there's still a healthy chunk of summer left. Ever since my attempt to go around Falkner Island was cut short, I've been wanting to go back out and actually go around the island at my own pace.

So today, despite a steady breeze and some significant chop, I went out and circled the island. I even tried to check in on Facebook, but despite the fact that I had adequate reception on my phone, Facebook didn't have Falkner as a place I could check in, and it wouldn't let me add it. Oh well.

The terns have mostly moved on. I only saw one, and he was no longer in breeding plumage. Aside from a handful of cormorants, the island was totally quiet. 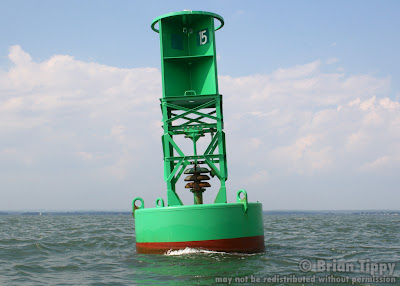 A little ways away from the island, though, it's not so quiet. These actually go, "bing, bong, bing bong" incessantly, just like in movies. They're also a whole lot larger than you might think.

I know that it's probably not that amazing to anybody else, but I still admire whoever thought up an external clapper powered by the movement of the ocean.
Posted by Brian at 3:20 PM