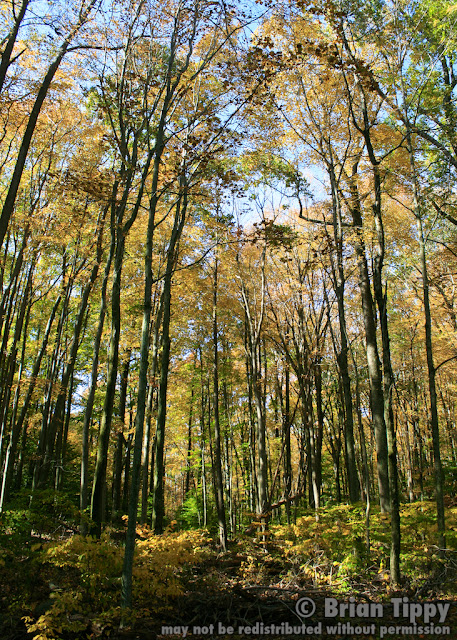 When you read the words of Frost's poem, you think at first that he's taking a bit more poetic license than he really is. Some woods really do turn yellow during some weeks of some years. By calling the woods yellow, he's calling us to a more specific place and a more specific time than you might think at first.

There was a moment in which the roads diverged, and Frost, pulling a Frost, grabs it with "yellow." I might have written a whole paragraph about the way your feet disturb leaves and the prickly dusty smell of it in that particular part of fall when it's mild and dry. Frost just says "a yellow wood" and makes you imagine it yourself again each year. 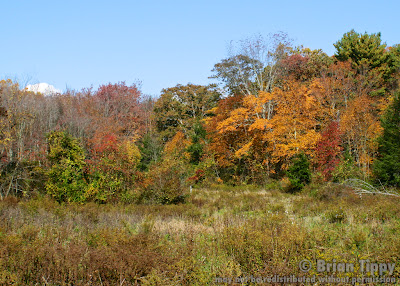 But the wood's only yellow here and there where the soil's right and the trees are young. Some places it's evergreen with white pine, and the needles cover the forest floor. And other places there are meadows turning sere with brightly colored reds and oranges at their borders.

What Frost doesn't say is that the roads diverge again and again, some in the yellow woods, some where the milkweed has burst and thrown its seeds in the wind, and some where the dogs kick up the decaying leaves and pick the muddier path for you.
Posted by Brian at 11:30 AM No comments: 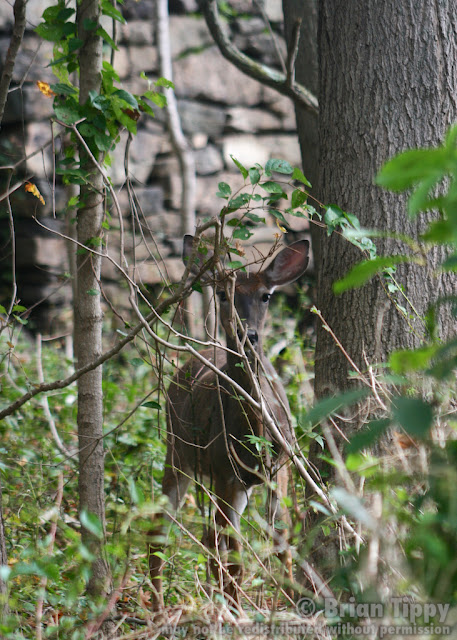 Since we both had Columbus Day off, I went over with Jeremy to the Jared Eliot Preserve in Guilford. Before we had even gotten down the gravel track to the parking area, we saw three deer. One was cooperative enough to wait while I reached back for my camera bag, got out my camera, changed lenses, opened the window, and took a series of pictures.

I think she was only this cooperative because she was relatively certain that we didn't see her through the brush. Clearly she doesn't know about manual focus. 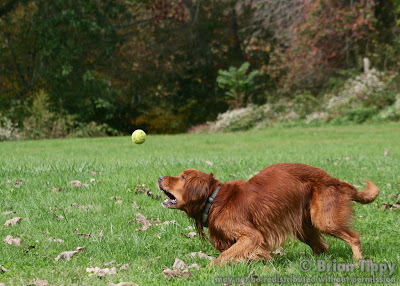 I didn't actually take any pictures at the preserve itself because the dogs were so muddy, but I stopped at the local dog-friendly park afterwards. There were no other dogs there to play with, so I amused myself by throwing a tennis ball high in the air and then trying to get the camera up in time to snap a few shots of the dogs making catches. 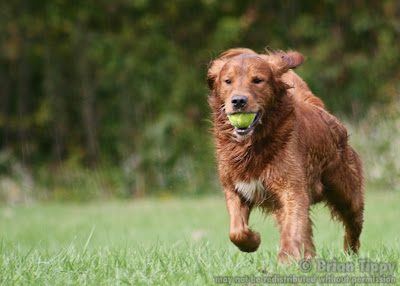 The lighting wasn't consistently bright enough for fast shutter speeds, so I only got a couple of good action shots.

I did, however, get the great shot below. Comet misjudged the ball slightly and tried to recover in midair. To his credit, despite the fact that he landed on his back, my next shot shows him holding the ball. 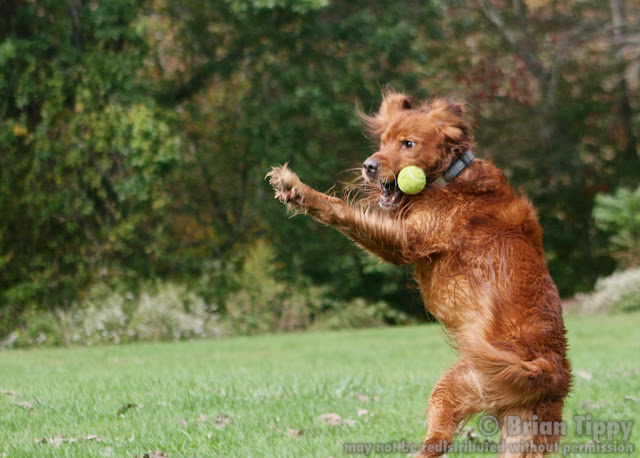