Lush, All Grown Up

This weekend I went up to the dog shows at the Eastern States Exposition. There's a huge set of conformation shows and also a ton of agility and obedience competition. I went up partly to enjoy the dog shows and to take some notes on agility, but I also went up because Jill's Lush was doing so well in conformation.

I was already making a "brag" ad for Lush to run in the Golden Retriever News since she got her Championship and her Grand Championship at a very young age, so it was nice to see her shown in person. 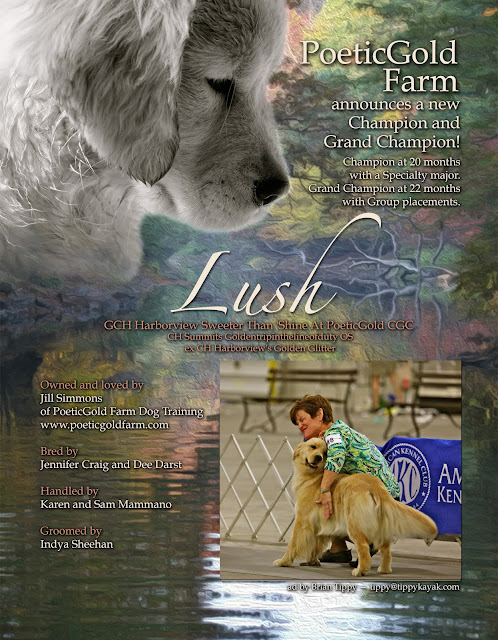 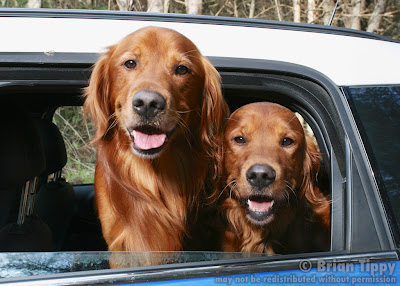 Jill and I also went to our old standby, West Thompson, for a hike after the shows. I didn't get any particularly good pictures of the six dogs (Finn, Tally, Copley, Lush, Comet, and Jax) while we were hiking, but I did get a nice one of my boys because I got to the trailhead ahead of Jill and had a moment to take a couple of pictures of two dogs who really, really didn't want to wait to start the hike.
Posted by Brian at 12:40 PM