Basking in the Late Day's Light 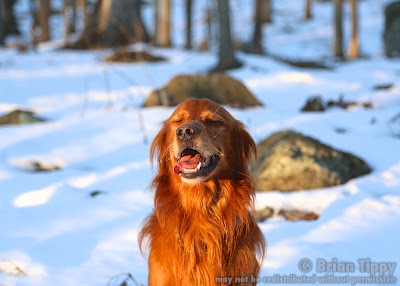 There's an hour or so during the shortest days of the year when the light turns red-gold before the sun hides behind the western horizon. If you're lucky and there's snow on the ground, your travel through the woods takes you from shadowed valleys up to hilltops that glow rosy. 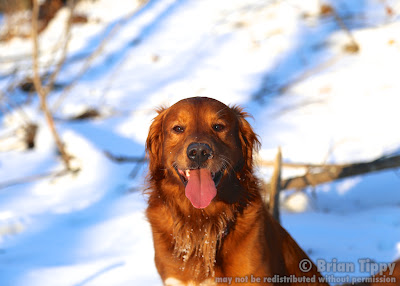 If you're really lucky, you have two tried and true companions who can't get enough of the snow and who don't mind waiting for a moment while you pose them in one of the pink shafts of sunlight that cut between the shadows of the tree trunks. 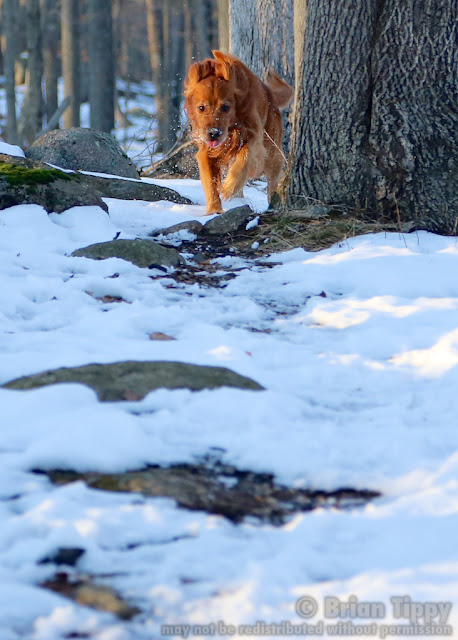 And when posing time is over, the boys break back out among the trees, chasing each other around and around like the woods are a great gift the old quarrymen left behind when they gave up on this area.

It's funny how beautiful such an ordinary spot can be and how private, though there are houses not too far in any direction and there's the occasional—very occasional—other person walking a dog or two.

The more I walk in these woods, the more I feel they're mine alone and the happier I am, at the same time, to share them with anybody who walks with an ounce of reverence and care. 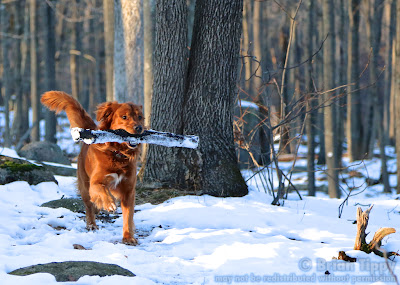 It's easy to anthropomorphize, but I've written many times about the gratitude I really do think the dogs feel, in their own way, and how they've taught me to feel it in mine.

So while it might be easier to shoot pictures of the dogs in the full sun, I can't think of a better way to spend an hour or two than wandering the woods and trying to catch them in the light during the brief time they pass through it on a shadowed trail.
Posted by Brian at 3:32 PM 2 comments: