Lovers and Assassins in the Salt Marsh

Saturday morning was another gorgeous, sunny day, so I grabbed the camera and the kayak and headed out to Guilford's East River salt marsh. And The birds cooperated. Springtime is the time for Ospreys, and others, to find their lovers, so there were pairs of Ospreys hanging out together in the low grass of the marsh and a few on nests. 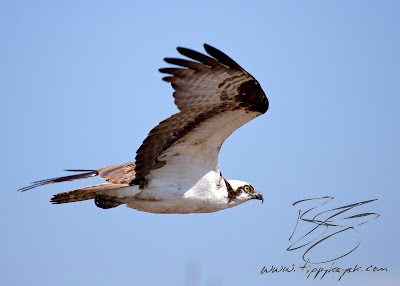 I've shot Ospreys here before, but my new equipment is light years better than the old, so I was able to get crisper, closer, less-cropped photos than I ever have before. In fact, if you click this one to blow it up, you can actually see the nictitating membrane on this bird's eye, halfway through a blink. 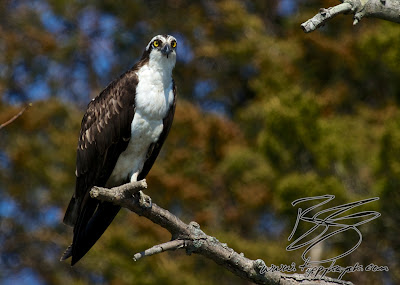 In reviewing my photos and the literature on Ospreys, I learned that juvenile birds lack the distinctive bands of brown flicks across the chest. Instead, their breasts are buffy or white like this youngster's. That subtle difference really helped me theorize effectively about how different Osprey groupings were made. The birds are somewhat territorial, but there seemed to be many groups of three or four with two adults and one or two juveniles, presumably family groups based on last year's season. 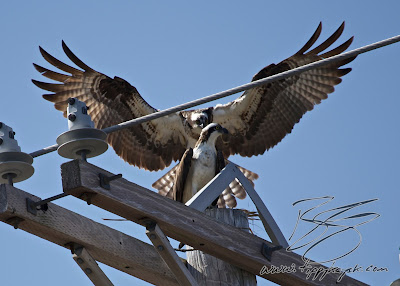 A railroad track and power line run through the marsh a couple of miles up from the Sound, and these Ospreys appear to be testing out one of the poles as a potential nesting platform.

The landing bird may appear to be attempting the assassination of the perched bird, but the she was simply landing on an awkwardly small perch. The two were clearly part of a family unit. 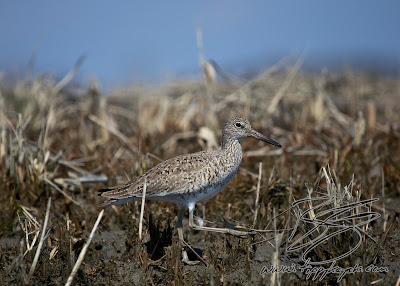 The Ospreys weren't the only ones looking for love. The banks of the river were littered with pairs of Willets making their distinctive calls, either in pursuit of love or warning each other about my approach. 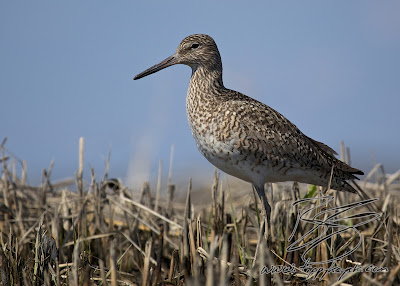 For birds making warning calls, though, they were really tame, often letting me get within 20-30 feet without even walking away up the bank into the grass. So my guess is their constant refrain was more about love than danger. 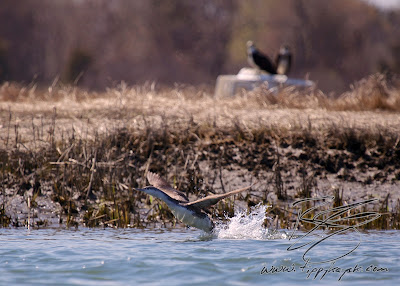 I also added a shorebird to my life list: this Red-throated Loon who tootled down the river and then took off, presumably migrating north for breeding season.

Yes, those are Ospreys perched on lawn chairs in the background. The extreme storms of the last few years have left a few odd deposits of deck furniture miles away from any homes. There's even a gas grill wedged two-thirds into the mud out there.

To get all these shots, I carry the camera in a drybag that I keep under the spray deck of the kayak. When I see a potential opportunity, I pop the deck, pull the camera out of the bag, take off the lens cap, turn it on, and start shooting. It's incredibly difficult to do all of that quickly, especially since I don't want to slip and throw my camera equipment into the river. That means that a bird that appears quickly and then disappears quickly is very difficult to shoot effectively.

Fortunately, when the loon came around the bend, I already had the camera out to shoot the Ospreys on their lawn chairs, so I was able to focus on the loon and twist to follow the flightpath, simultaneously contorting my body into a pose worthy of a kayak yoga video and grabbing my favorite shot of the day in the process. 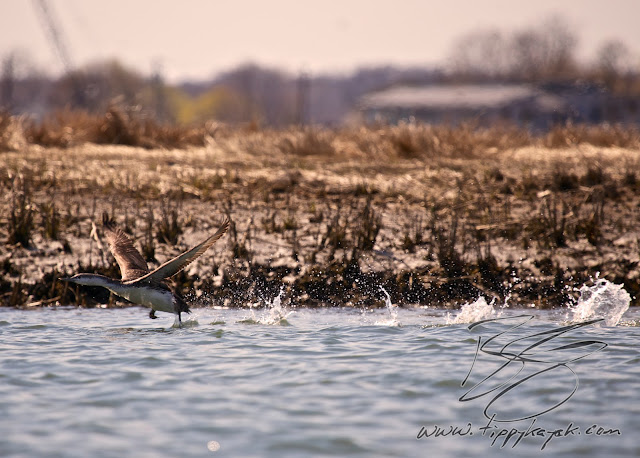