For somebody outside the purebred dog world, brag ads and litter announcements might be a bit foreign, but in Golden Retriever world, they're important. When you finish a championship in the conformation ring, or when you plan a litter you're really excited about, you might want to announce it to the world.

A couple of friends have asked me to design ads for them over the last year or two when they've had big milestones to celebrate. I noticed that the majority of the ads tend to consist of some shadowed text and some photos and/or cutouts of the dogs, so when I did ads, I tried to be more creative. I tried to zero in on what the people loved about their dogs and to capture that, along with the purpose of the ad.

Ever since the ads have been appearing in the GRNews, I've been getting inquiries about my portfolio. So I figured it made some sense to collect a couple of ads together for the curious. 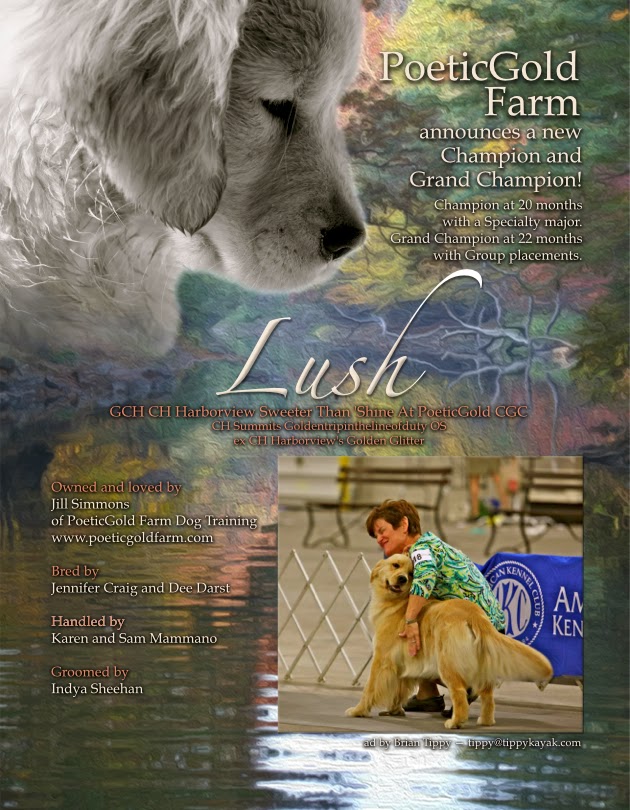 This is the first ad I did, a "brag" for my friend Jill's dog Lush. Lush finished her championship at a relatively young age, and then while we were working on the ad, she finished her grand championship, so we updated it and sent it out to print. I actually mentioned this ad in an earlier post because I was so proud of team Lush.

A large, print-friendly PDF of this ad can be downloaded here. 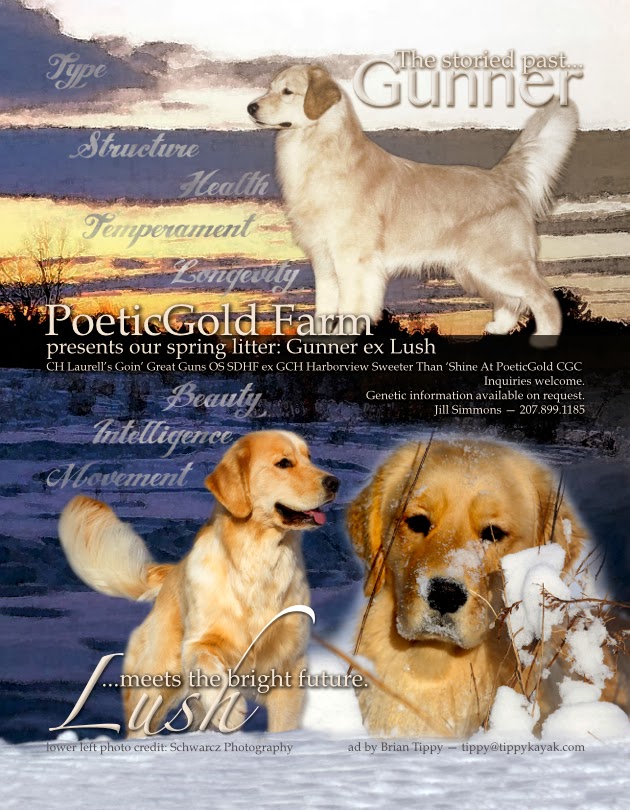 Then, Jill bred Lush with a terrific stud dog named Gunner, so we announced the litter with this ad.

Lush has been an easy subject for ads, because of Jill's incredible work with the camera (and some work from Schwarcz Photography in this ad).

The backgrounds for both Lush ads come from Jill's nature photography, run through Photoshop filters and some other digital magic.

A large, print-friendly PDF of this ad can be downloaded here. 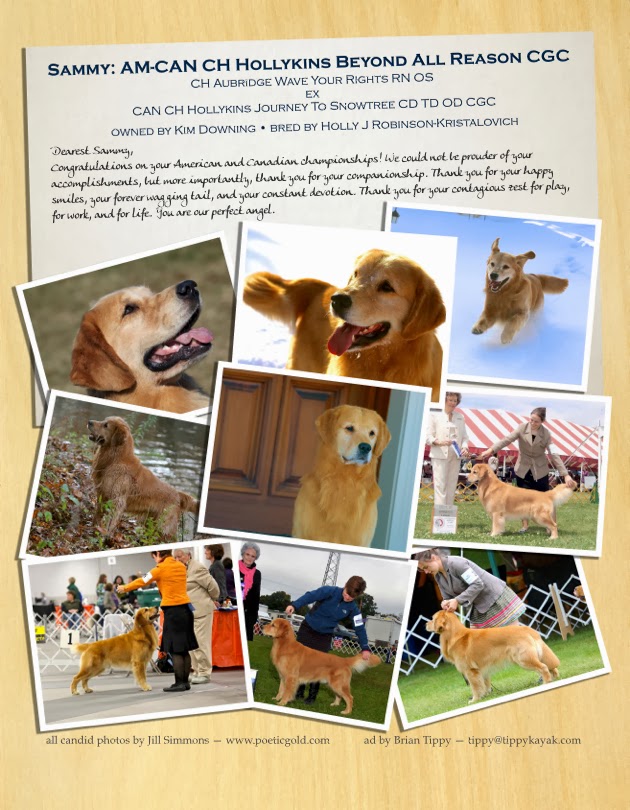 Most recently, I did this brag ad for a beautiful dog named Sammy. Just like in the previous ads, I essentially relied on Jill's great photographic work. She took all the candids of Sammy used in this ad.

For this one, I actually talked back and forth about what Sammy's owner loved about him, and I thought it would be special to present the ad as a thank-you note to Sammy and some snapshots spread out on a desk.

You can find out more about Jill's photographic work, including how to hire her if you live in her area of Maine, at PoeticGold Farm.

A large, print-friendly PDF of this ad can be downloaded here.
Posted by Brian at 10:00 AM