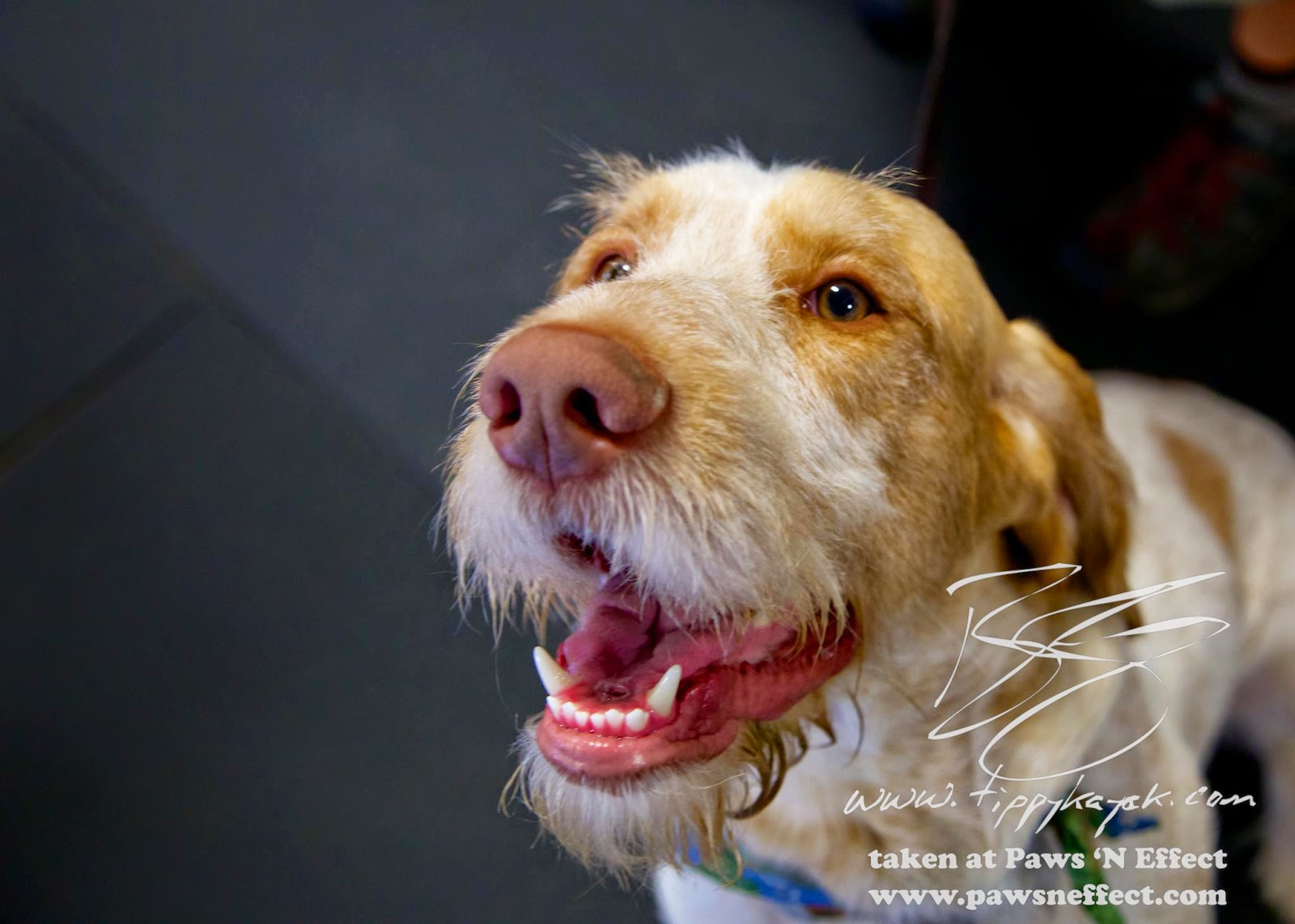 In a bit of a departure from my regular dog training article, this entry is going to discuss the rewarding but difficult process of shooting photos of dogs, so if you just want to look at cute pictures of dogs and aren't as interested in the photography, you can click a photo and then just go through the photos as a slideshow. If you're interested in taking better pictures of your dog, though, then read on! 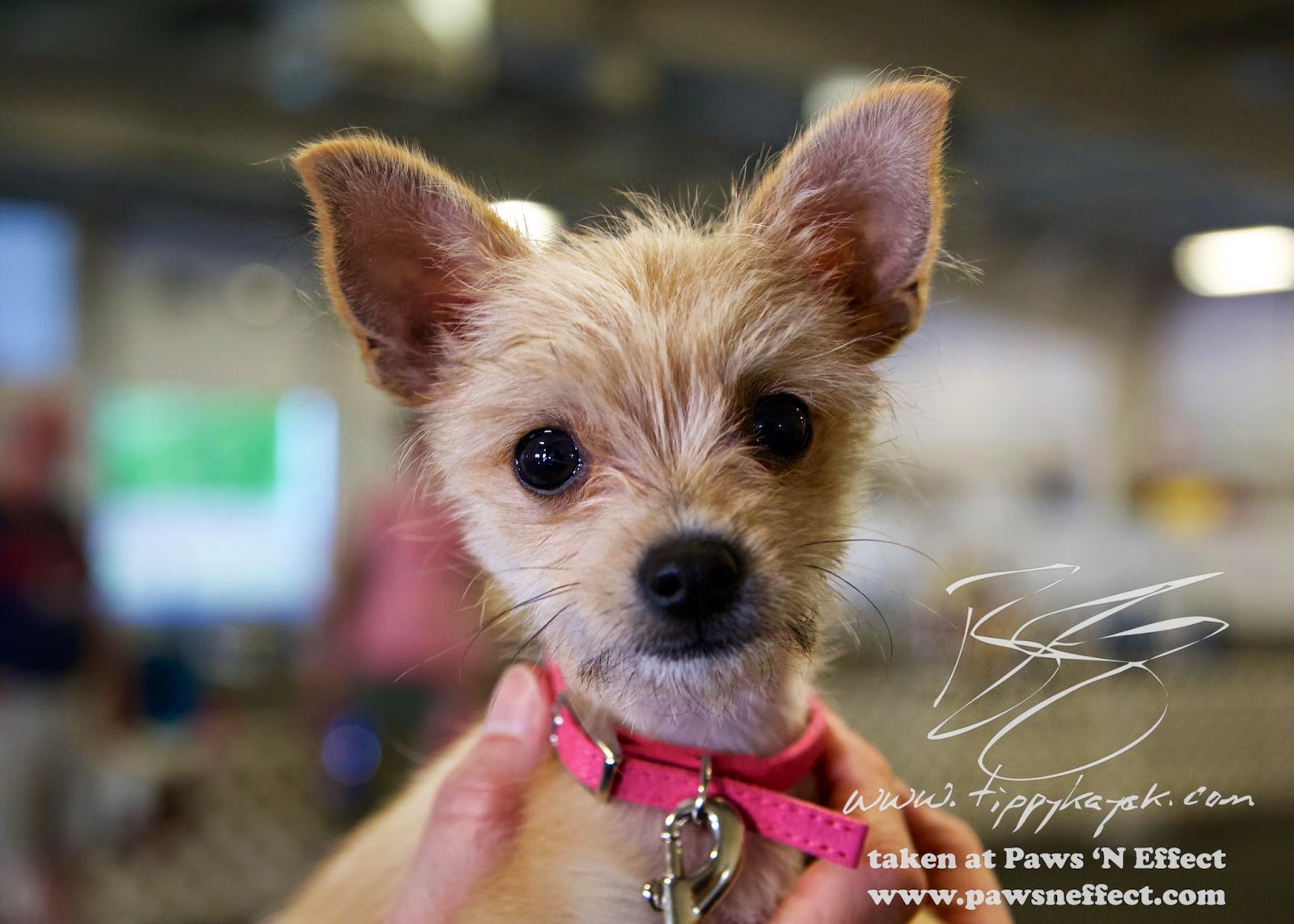 Over the last few months, I've turned my lens on other people's dogs at different dog events at Paws 'N Effect. Having had so much practice on our own dogs and on wildlife for the past few years, I figured I could make some nice shots for people. After a few months of working out the kinks and giving the photos away for free, I created a photo store and started offering different photo products. 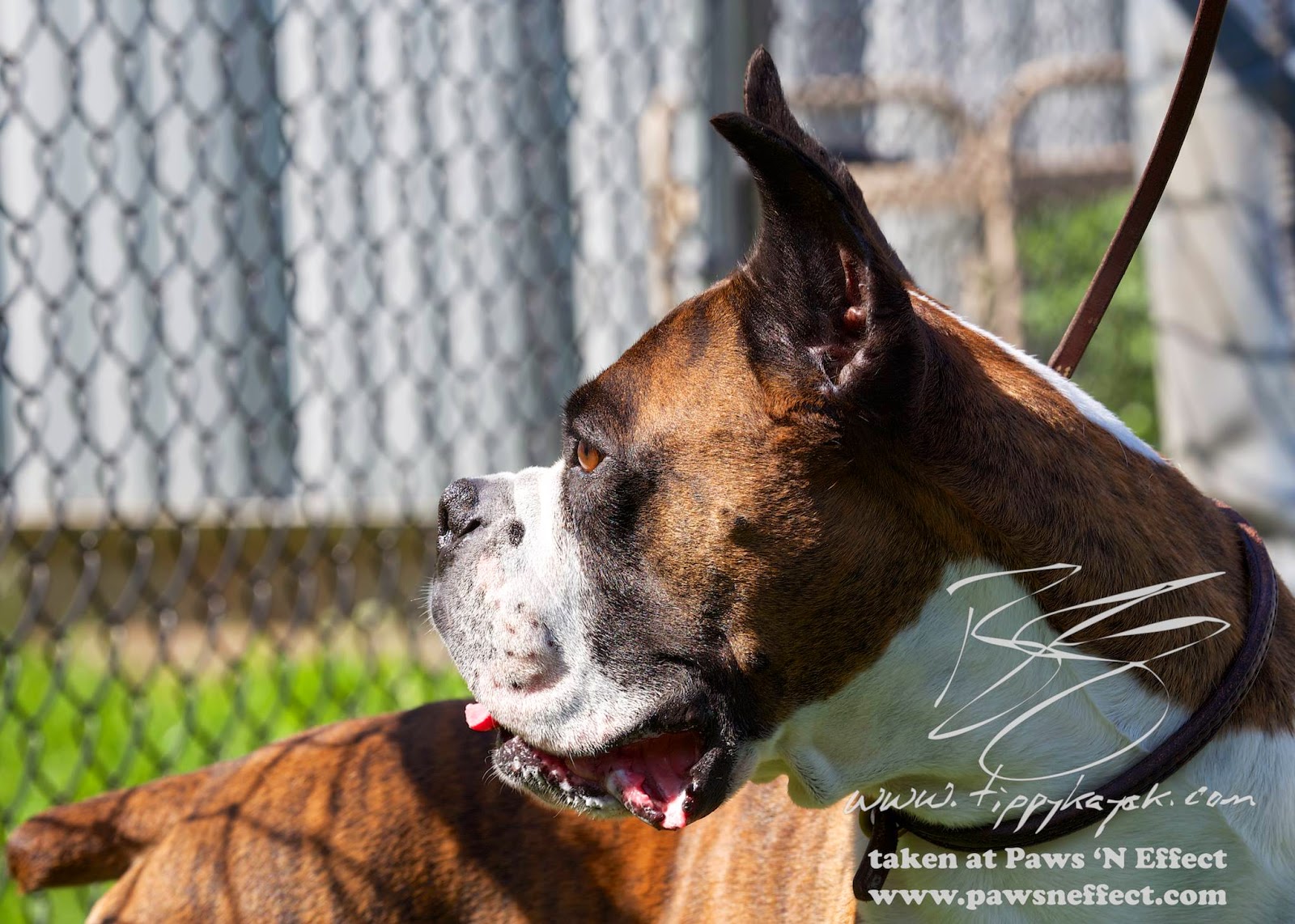 But I didn't make this entry to plug the store, since I don't imagine anybody would buy these photos except the owners of the dogs themselves. Mostly, I wanted to share some photography that I'm really proud of and to talk about the challenges presented by this kind of work.

All the photos in this entry come from a two-hour period on Memorial Day at a "Dogs Just Want to Have Fun" event. 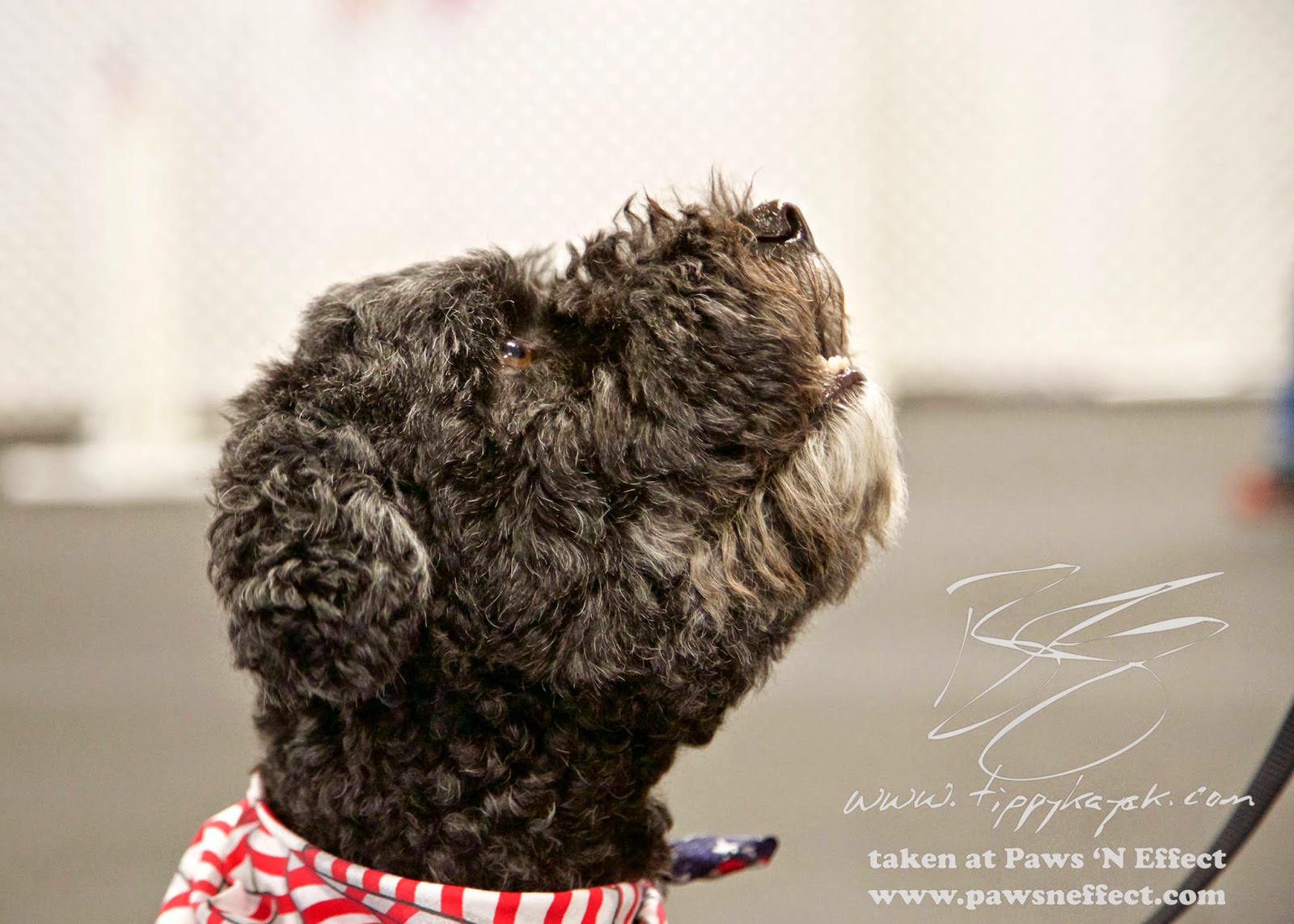 First of all, indoor lighting isn't typically action-friendly. You may have noticed how hard it is to get a crisp, sharp photo of an indoor subject without a flash, and if you use a flash on a dog, you tend to get really bad red eye—though in dogs, "red eye" tends to be "insane demonic green flashlight beast eye." 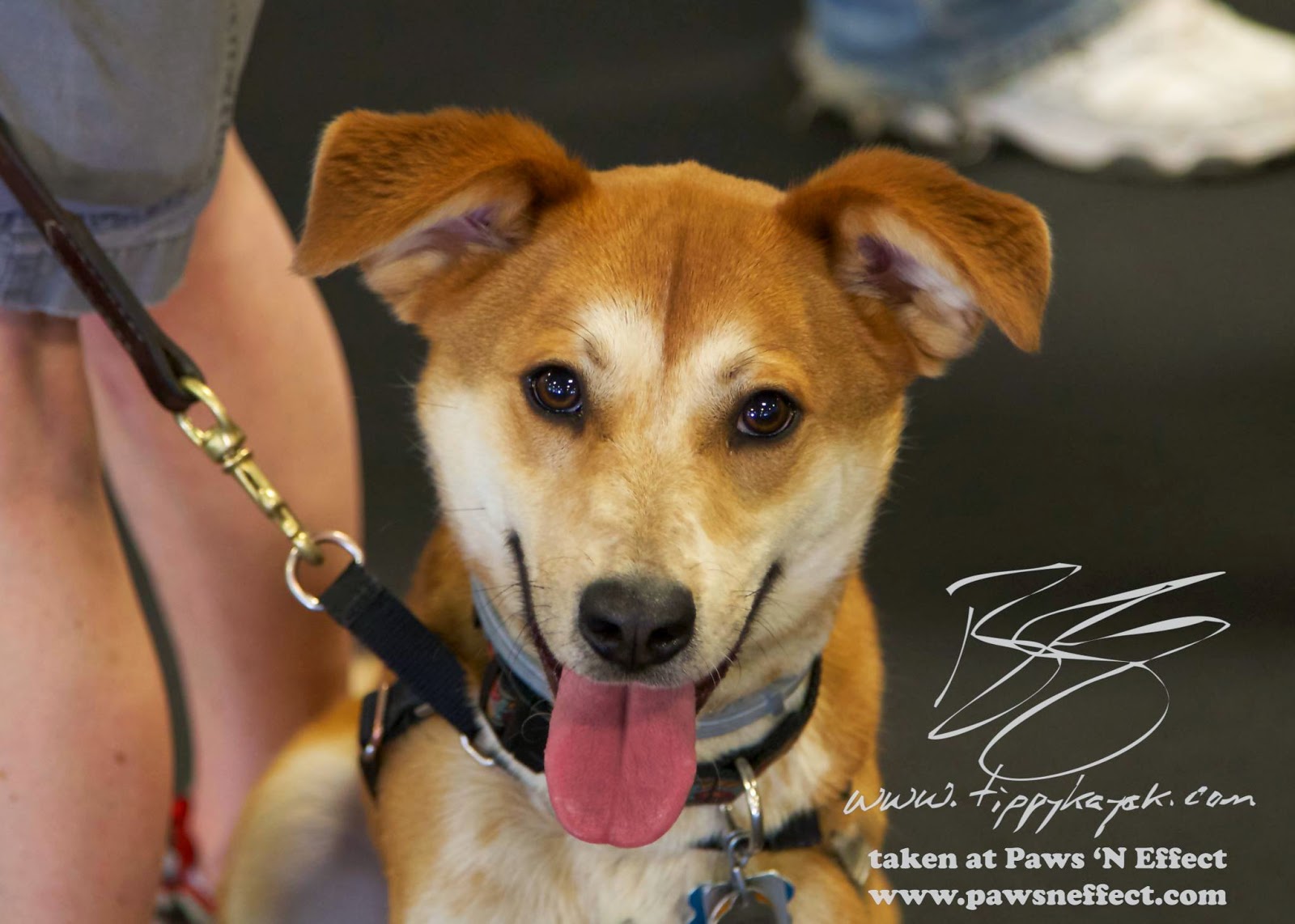 So I'm working with without any complex lighting equipment. That means light is my biggest difficulty. Without going into the technical details too deeply, I'm essentially constrained by two things: shutter speed and light.

Shutter speed is a measurement of how long my camera's sensor is exposed to the image. I want it to be fast, since dogs are constantly moving. A fast shutter speed will capture motion crisply. A slower one will work for a still subject, but will create a blur if the subject is moving. 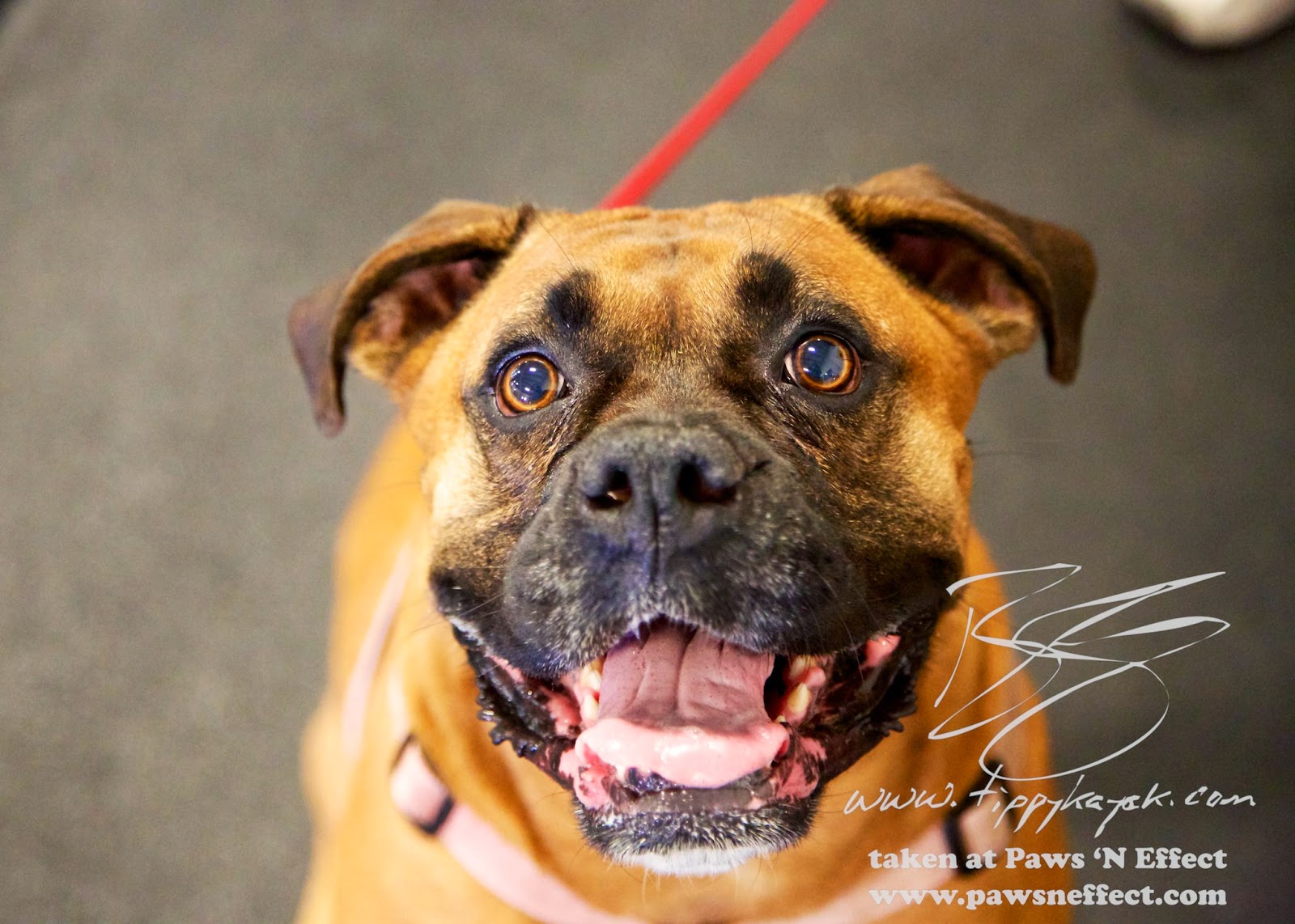 But, while a fast shutter speed is desirable, it means that light doesn't have as much time to bounce off the subject and hit the camera's sensor. That means that if I just crank my shutter speed up really high, my image will come out dark and underexposed.

And, the more light that hits the sensor, the richer and more vibrant the image can be. Photos that don't have quite enough light tend to have a problem called "noise," even if they're not underexposed and dark. 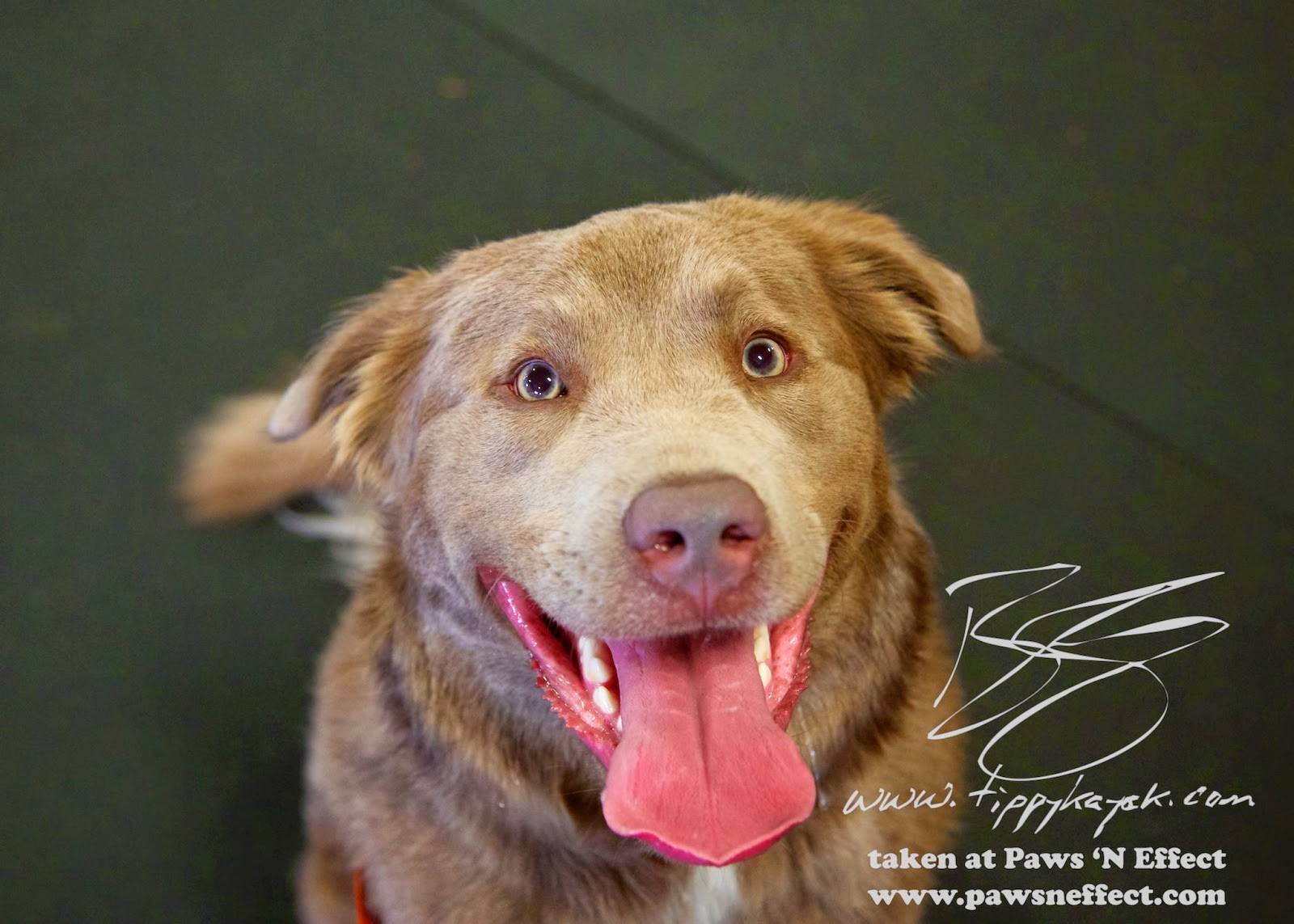 There are many other factors involved, but that's the basic compromise I'm faced with: if my shutter is too slow, the dog will be blurry, but if it's too fast, the photo won't be as saturated and have the rich gradations of light and color I want, particularly when shooting dogs which always have fascinating coat color and texture. 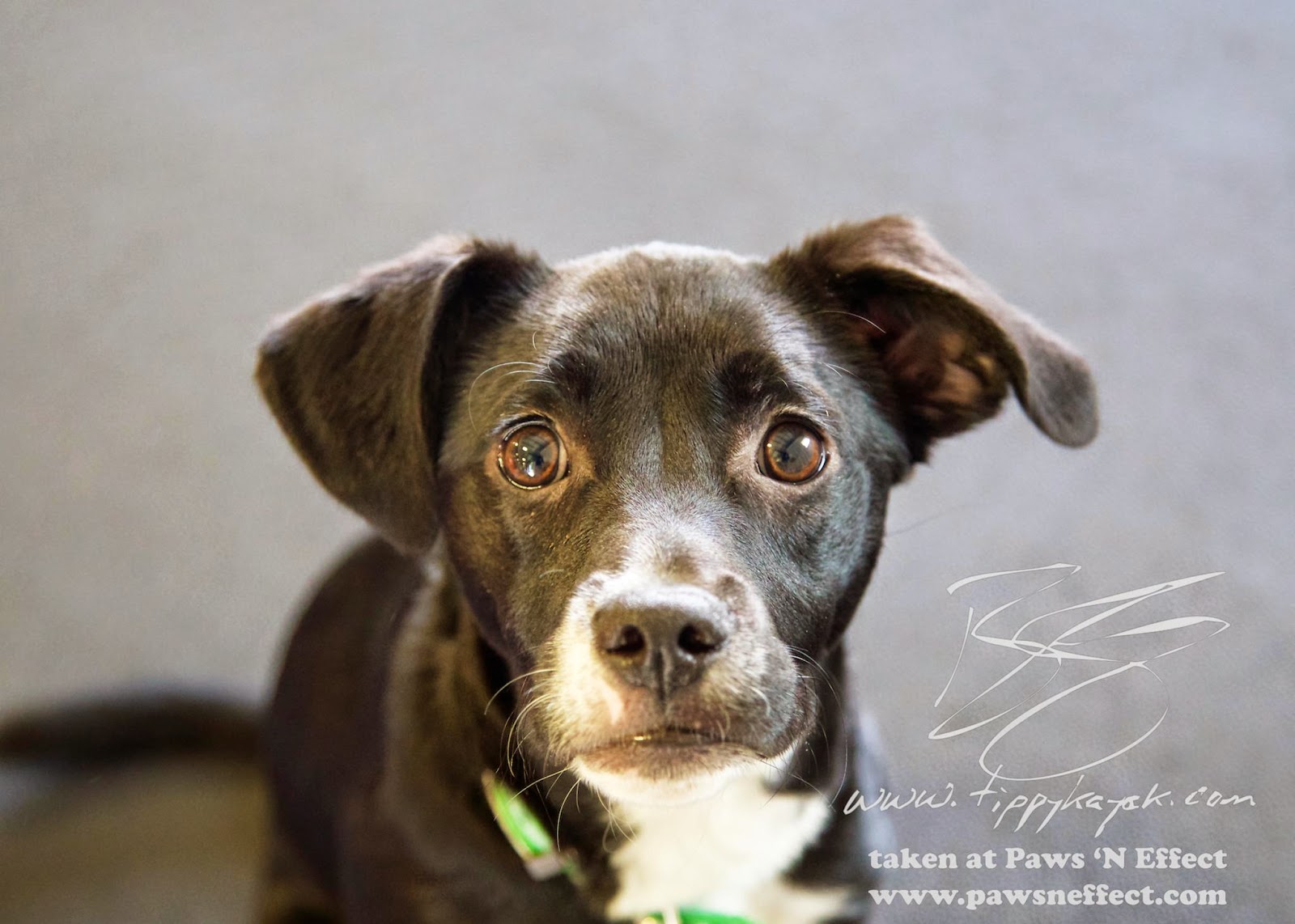 And there isn't much that's more difficult in dog photography than shooting a black dog in mediocre lighting. That's why I went over by a window at the training center and stood with the light coming over my shoulder to get this shot. My camera and lens combo simply does not pull in enough light to take a nice photo of a black dog under the fluorescent lights of the training center. 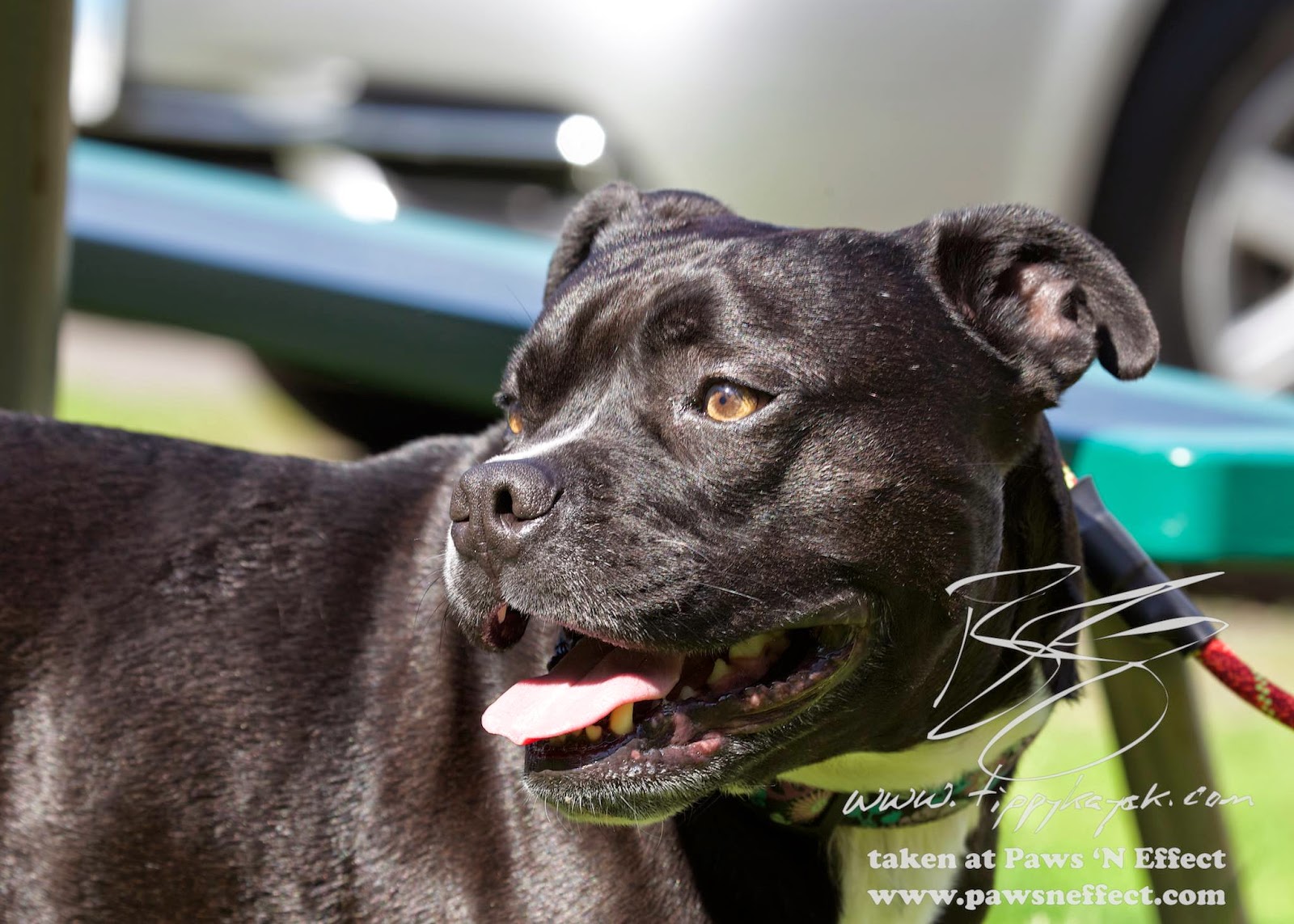 If you've noticed that photos of your black dog leave him as a black hole in your photo, your problem is that not enough light has bounced off him and made it to your camera's sensor. In order to get the shine of his coat, you need a ton of light. Sometimes that means the background gets overexposed, but the dog will come out better, which is what's important. 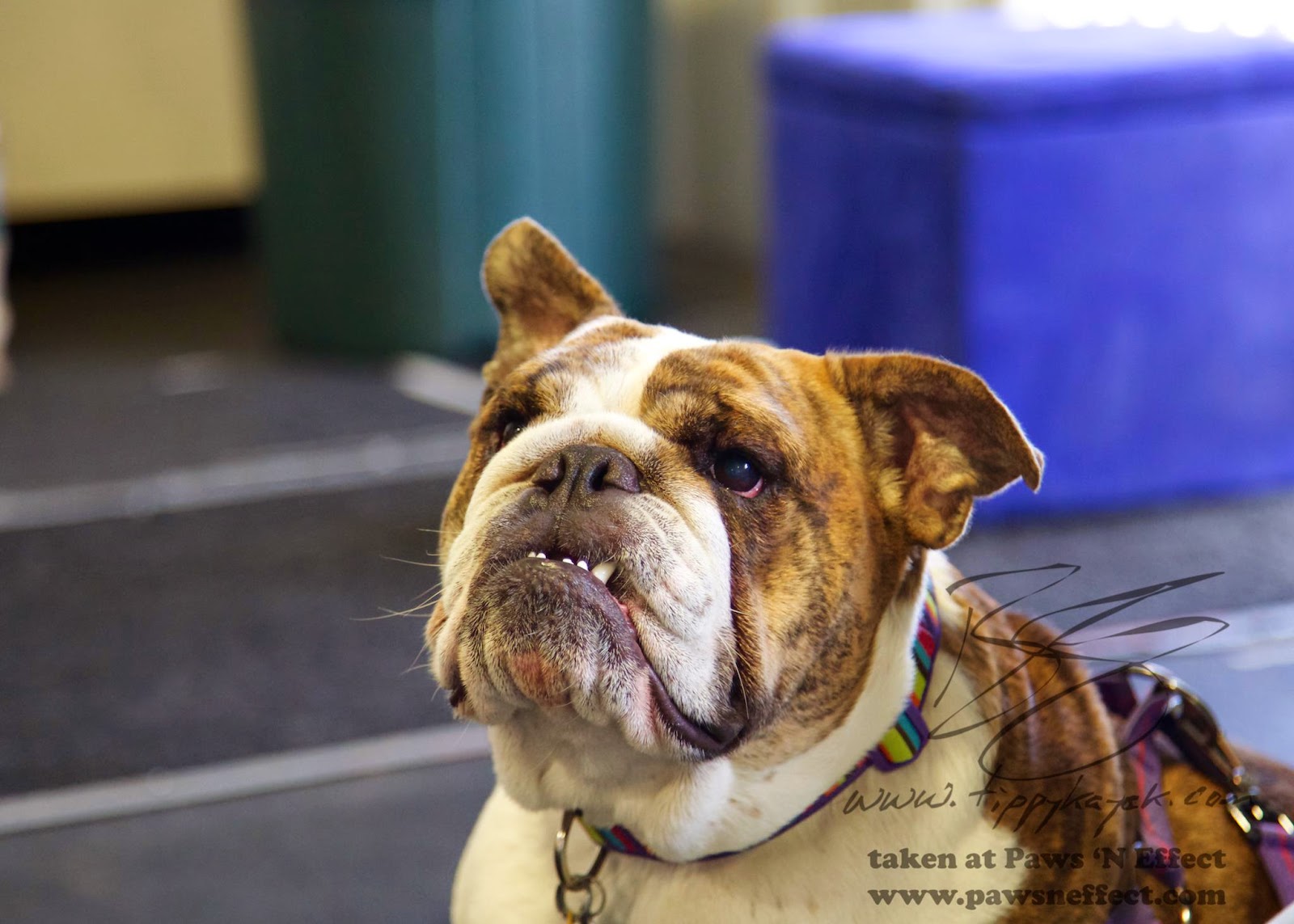 Beyond lighting, another issue is trying to capture an expression that speaks to the personality of the dog. Without knowing the dog, that's not always so easy, but thanks to the digital format, I can snap a relatively high number of exposures in a row to try to get a bunch of different expressions. 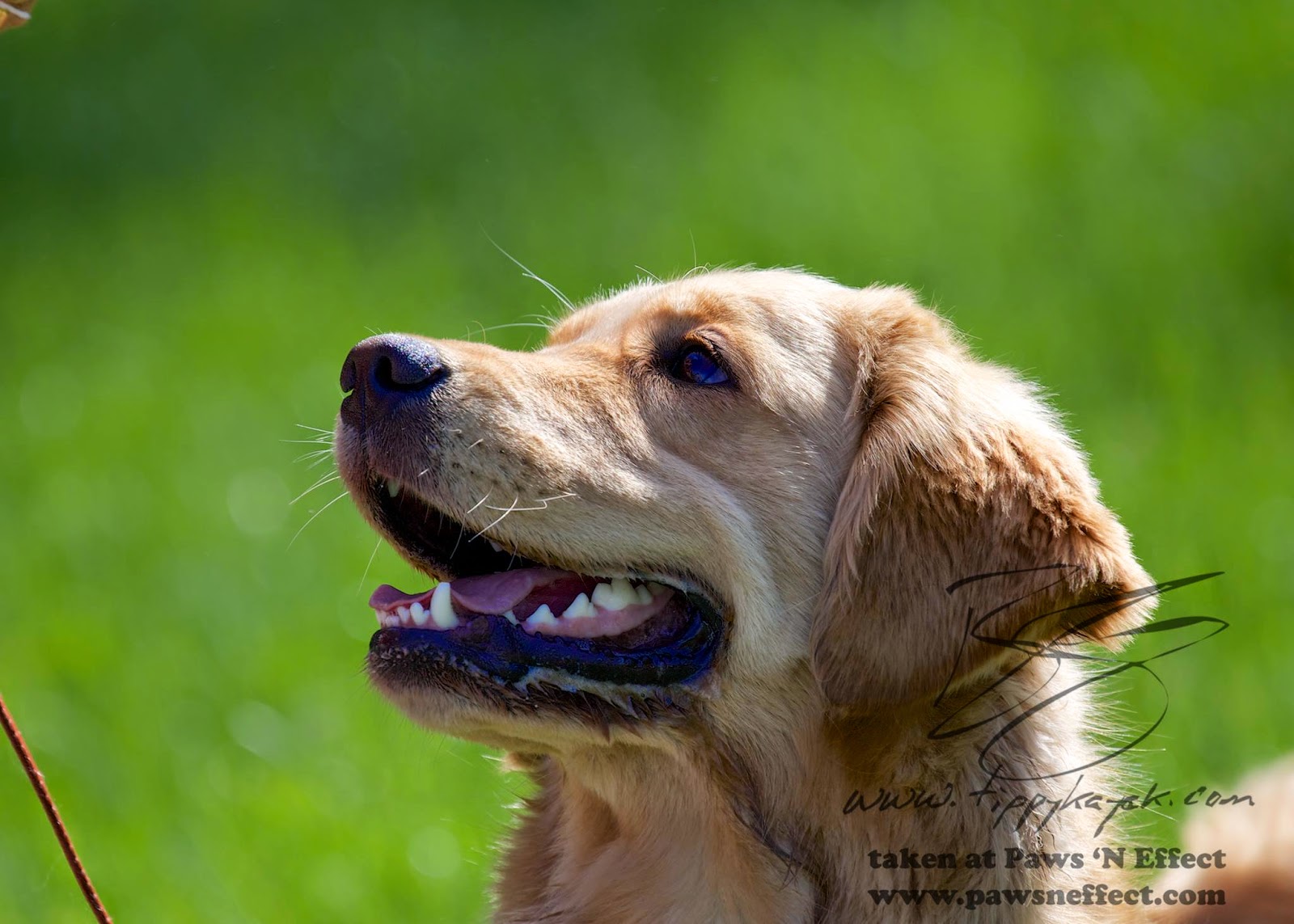 I find that when dogs look at their handlers, I often get great stuff. There are looks of focus, happiness, and even adoration when a dog connects with her human, and they can make for some great stuff. 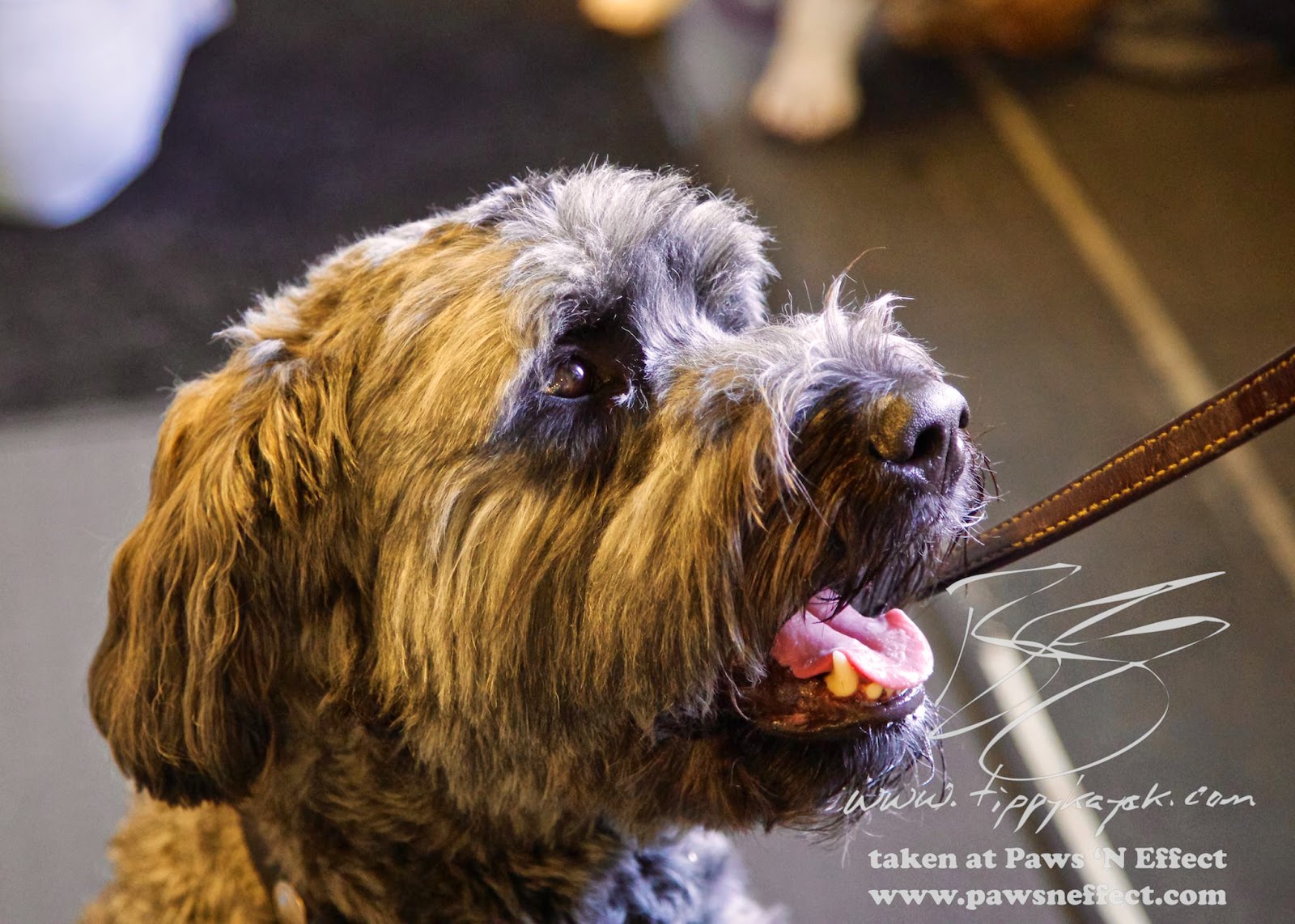 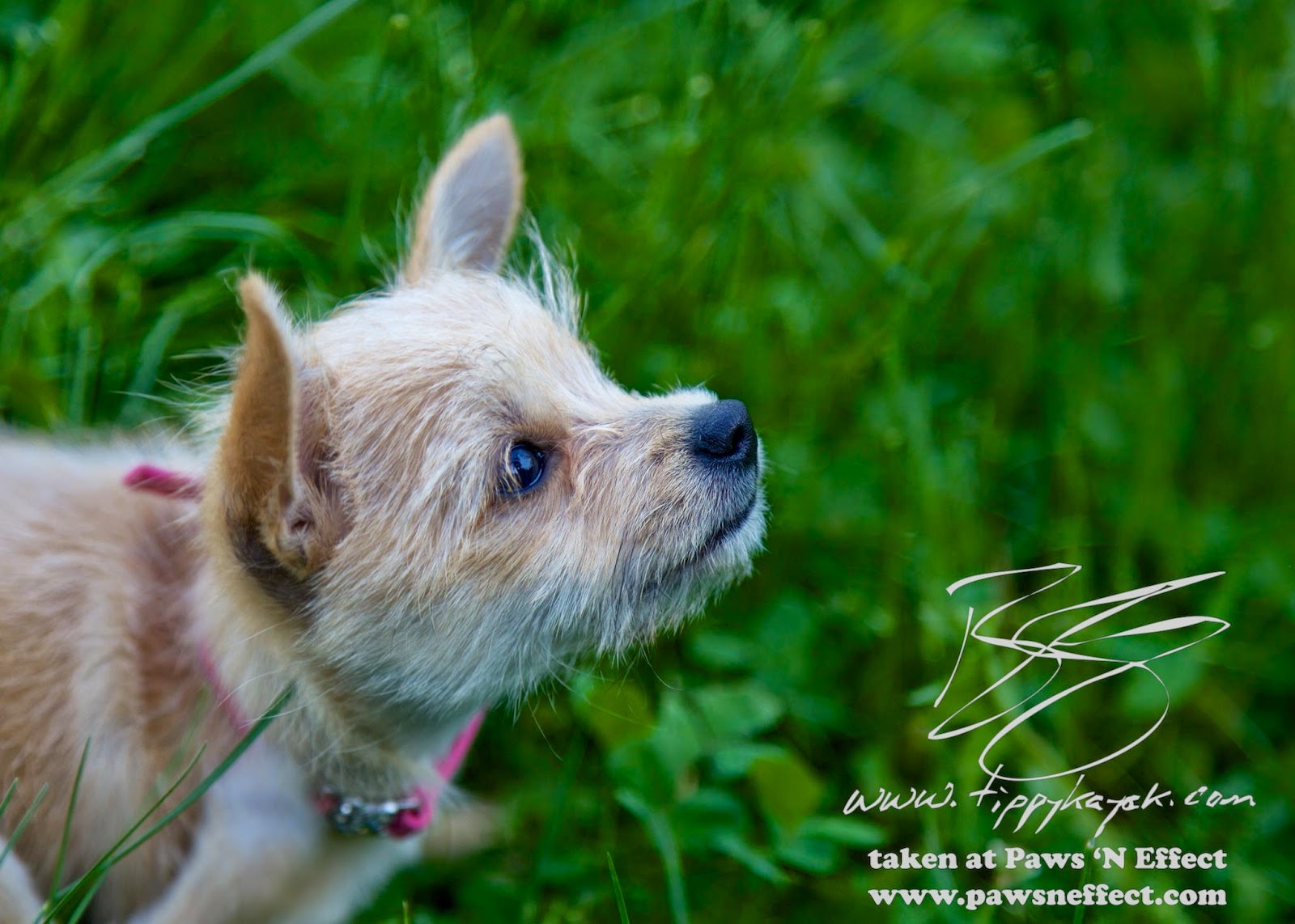 Some of its luck, too. Millie here was in between scratching her neck and looking back at her mom, and I got lucky. Millie is also about six inches high, so I'm actually crouched almost down to the ground for this shot, even though it's angled from slightly above her. 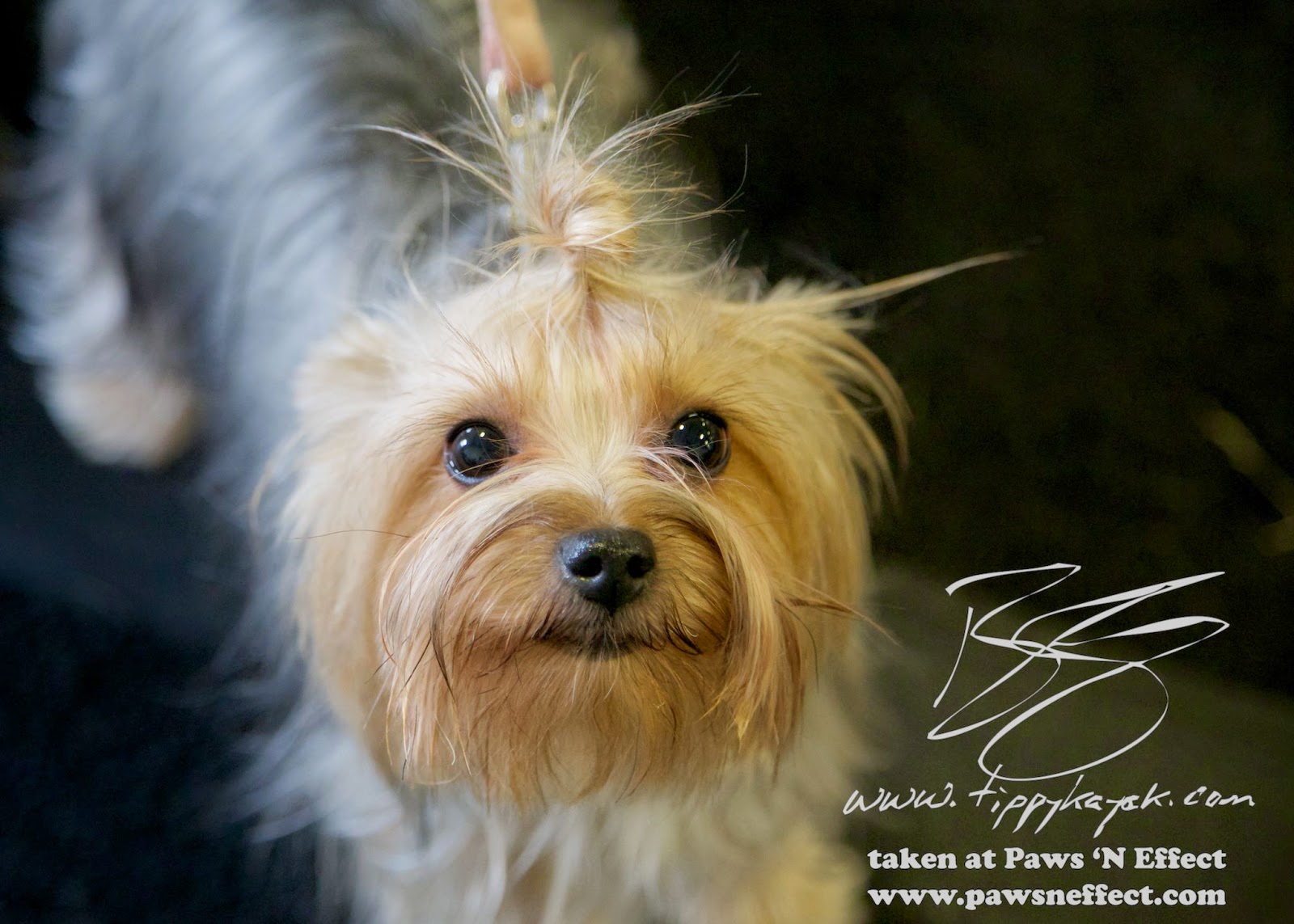 Some other great shots happen when the dog is looking at the camera, so I'm not above borrowing a treat from the owner or making a whole series of ridiculous sounds to get an inquisitive, head-on look from a dog.

Again, this is a very small dog, so I'm crouched very, very low so I'm only shooting from a little higher than her head. 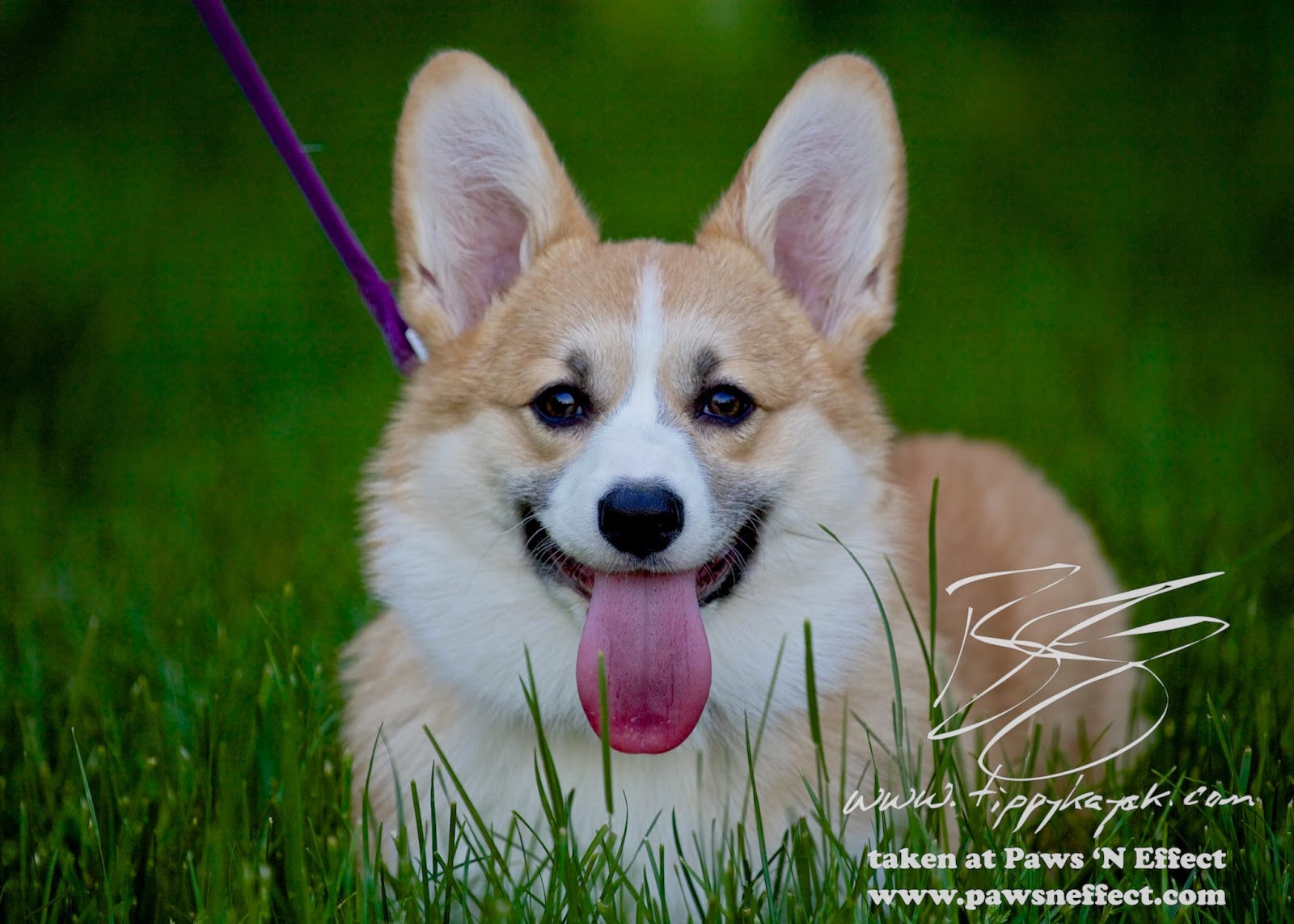 For this shot of this Corgi, I'm actually almost lying down in the grass from about 40 feet away with a zoom lens. 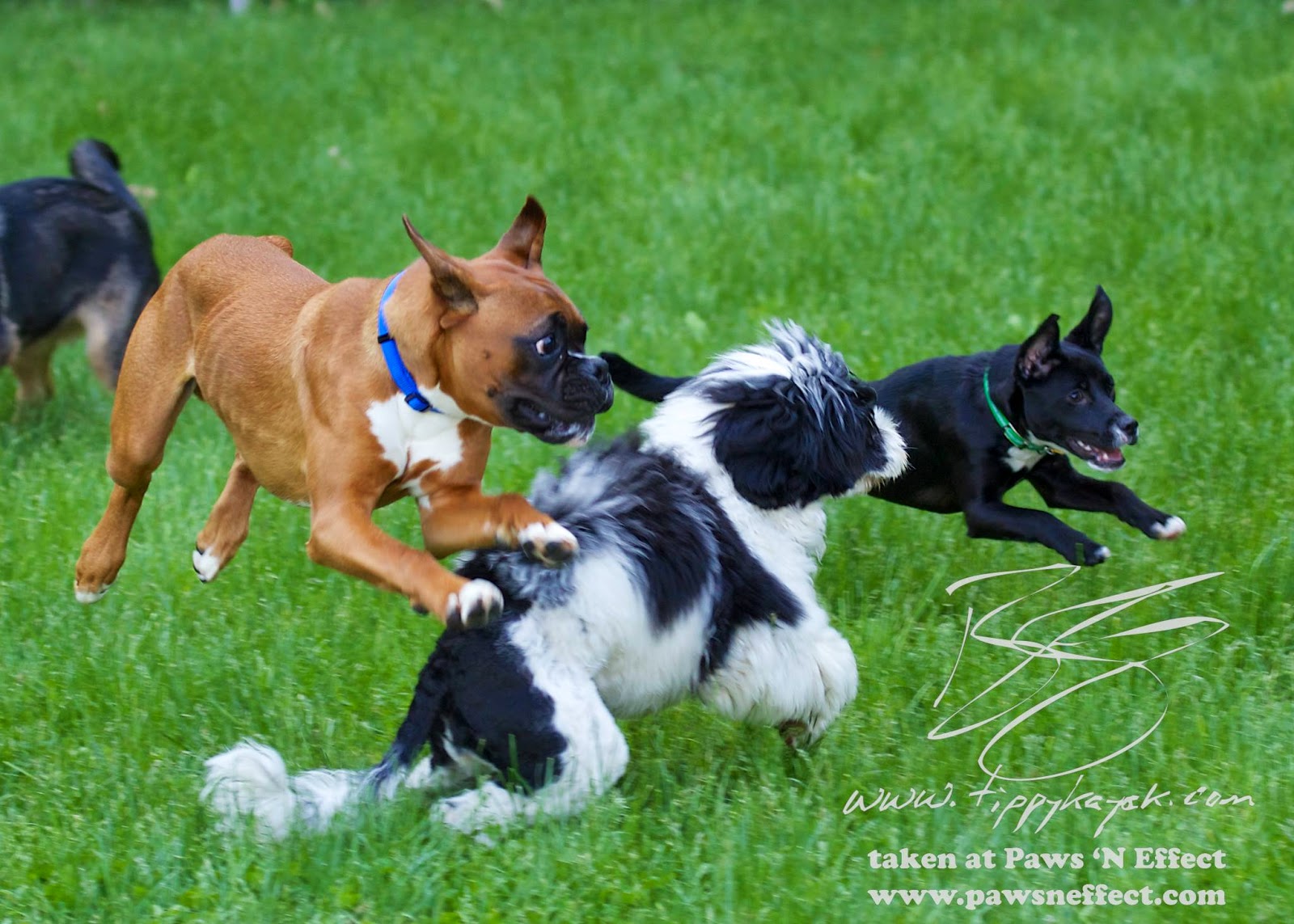 I figured I'd end the entry with one good action shot of puppies playing. Even though there wasn't direct sun on the grass, there was enough ambient light that I could get my shutter even faster to really freeze their action while still having relatively rich colors. Still, you can see the black regions aren't as rich as detailed as some of the other shots.
Posted by Brian at 5:00 PM