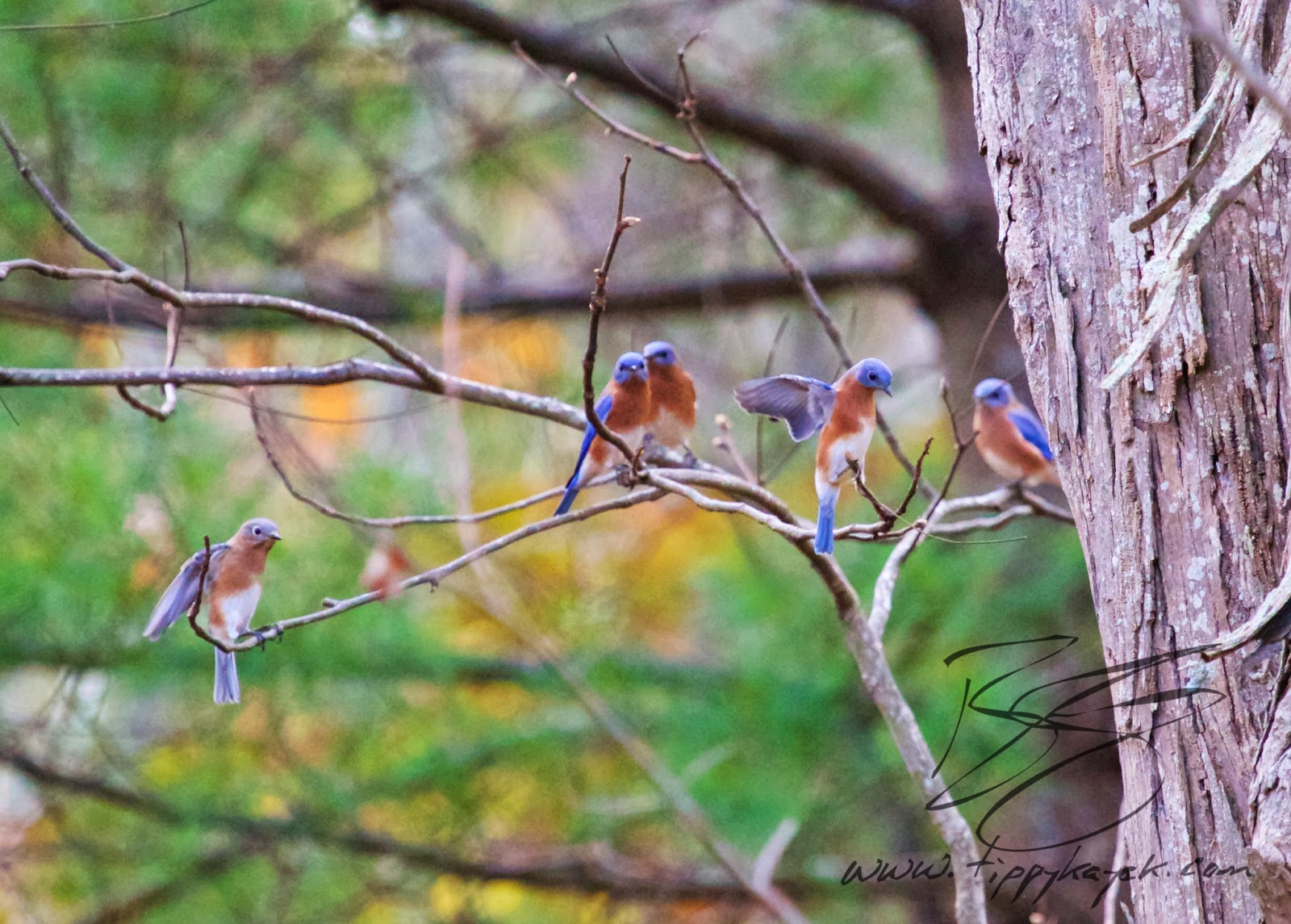 I split these photos out into their own post because there were so many of them. Usually, I'm extremely picky about my photos, often sorting one or two good ones out of dozens. What happened here, though, is that we ran into a mixed flock of mostly Eastern Bluebirds at the end of our hike. I crept closer and closer over the course of about fifteen minutes, and they were remarkably tolerant of my presence. I took hundreds of photos and cut it down to these ten. 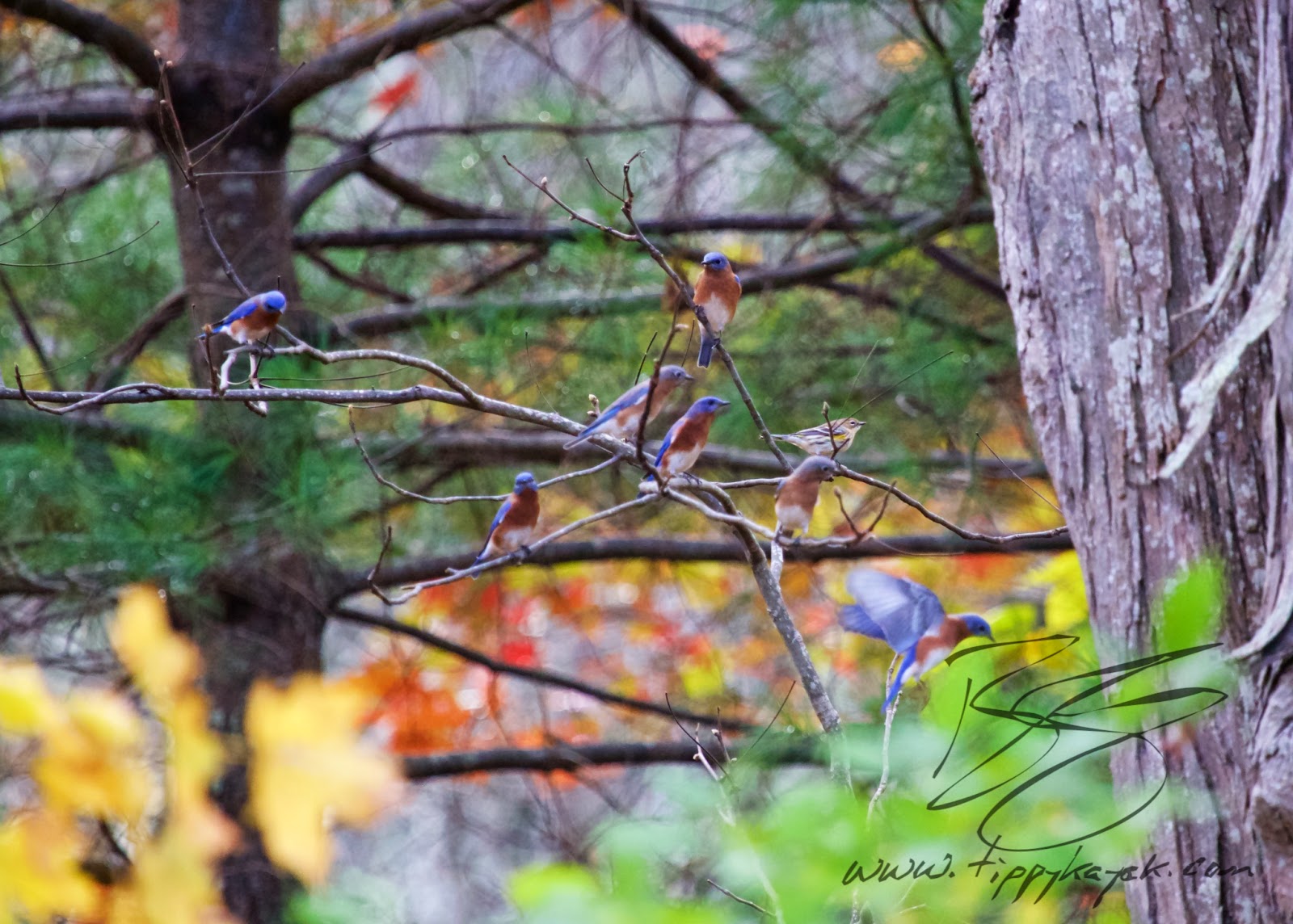 Eventually I had crept close enough that I was actually in the middle of the flock. There were at least a dozen bluebirds, along with one White-breasted Nuthatch, a Downy Woodpecker, and a Yellow-Rumped Warbler (Myrtle subspecies). The warbler is actually in this shot, if you can find her. 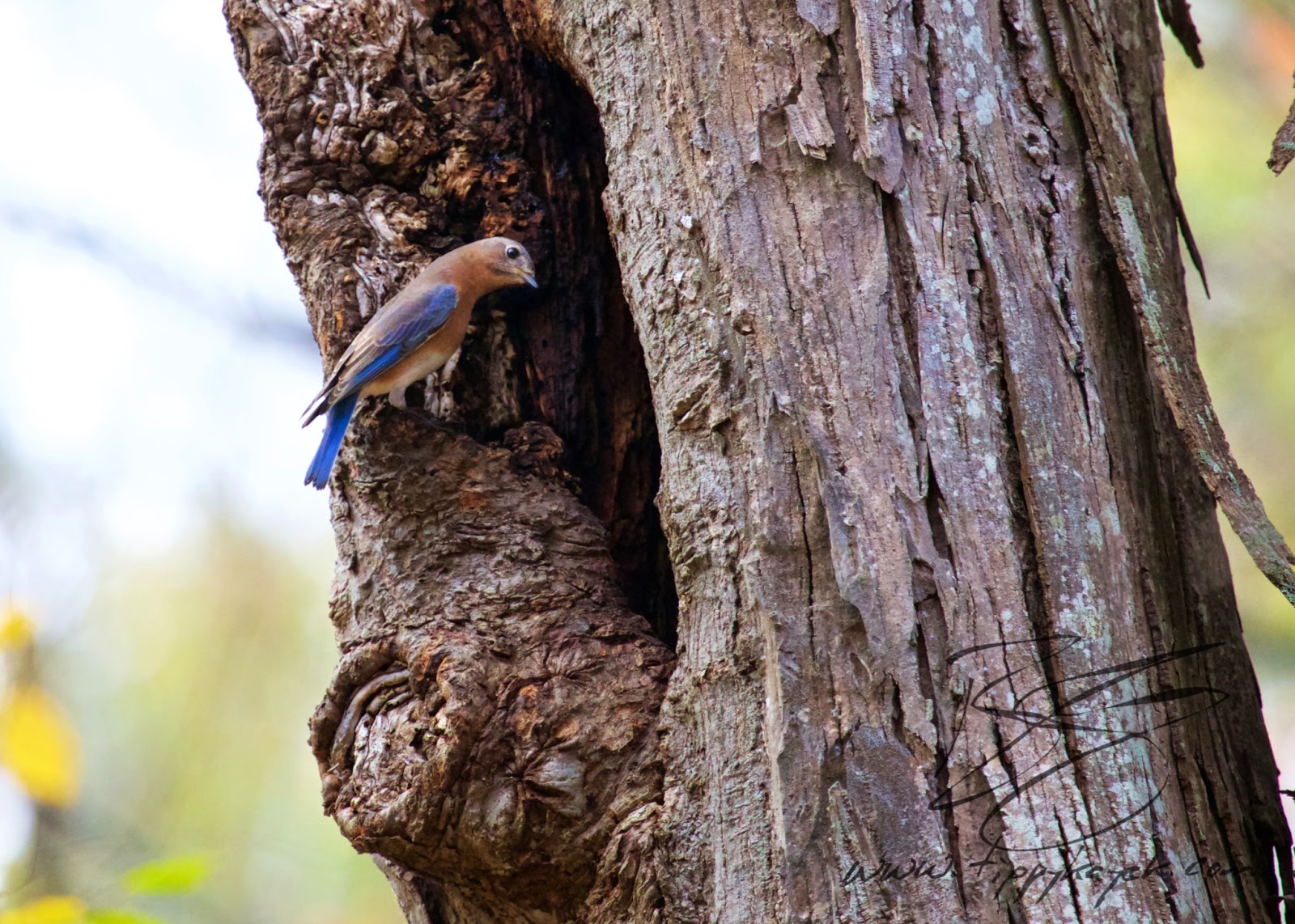 The bluebirds were mostly clustered around the hole in this tree, and I'm not really sure why, unless there was some source of food in there. 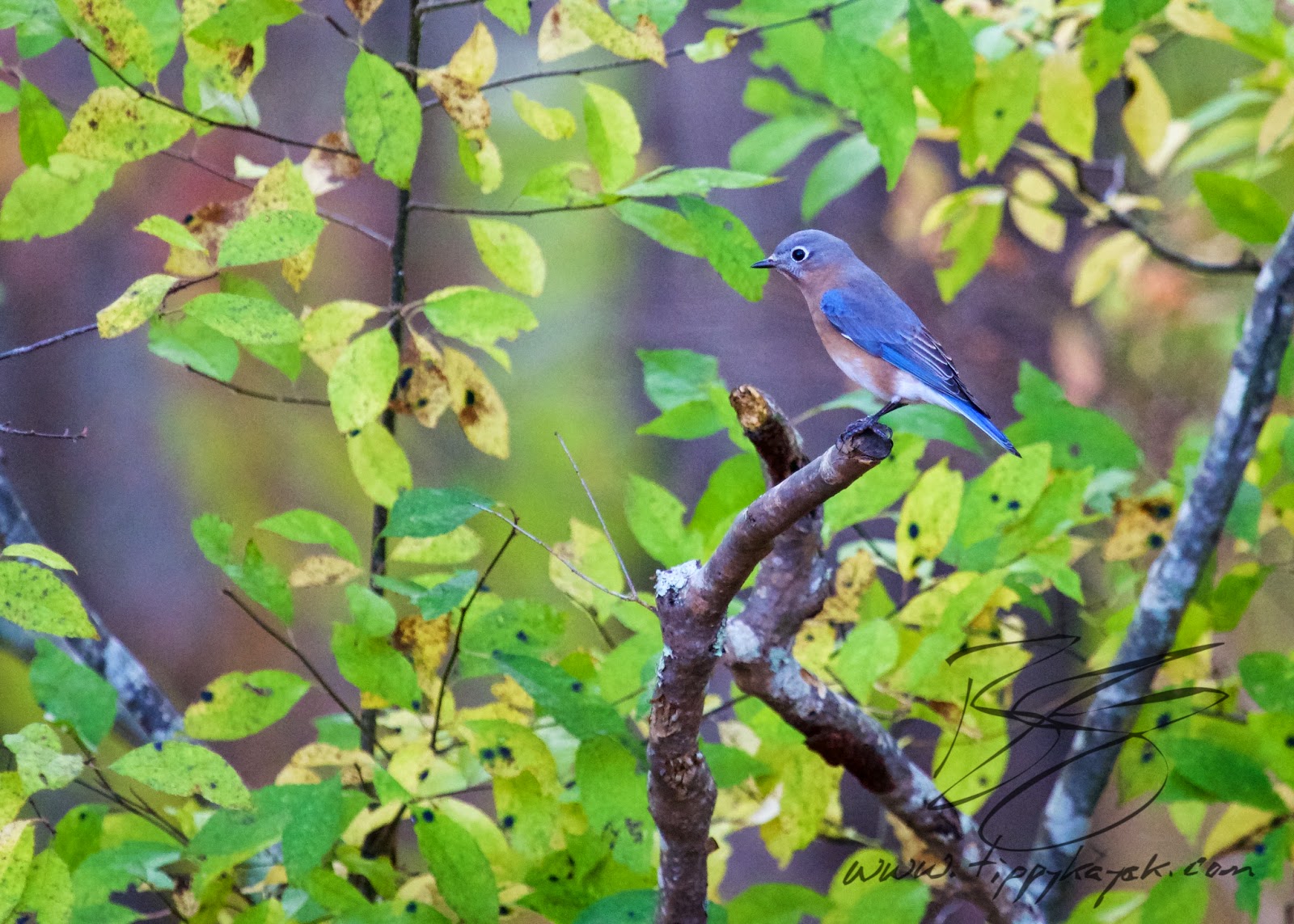 There were several plumage variations in the flock, including both bright and dull males and females. I think this is a bright female, since males typically have a slight eyering toward the back of the eye or none at all, and adolescents have spotted backs. 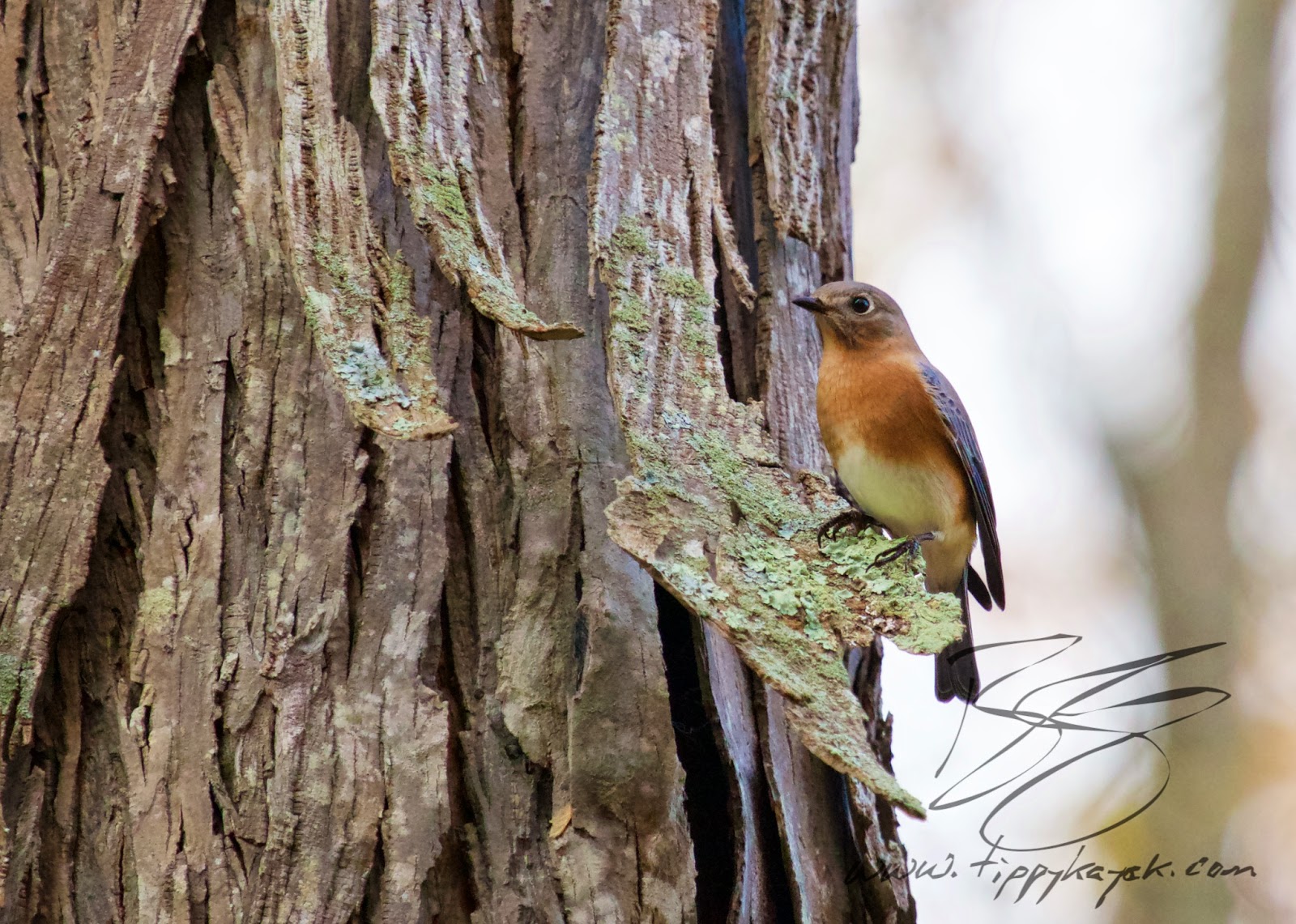 This is the look I associate more with females—the truly drab gray head and white eye ring. 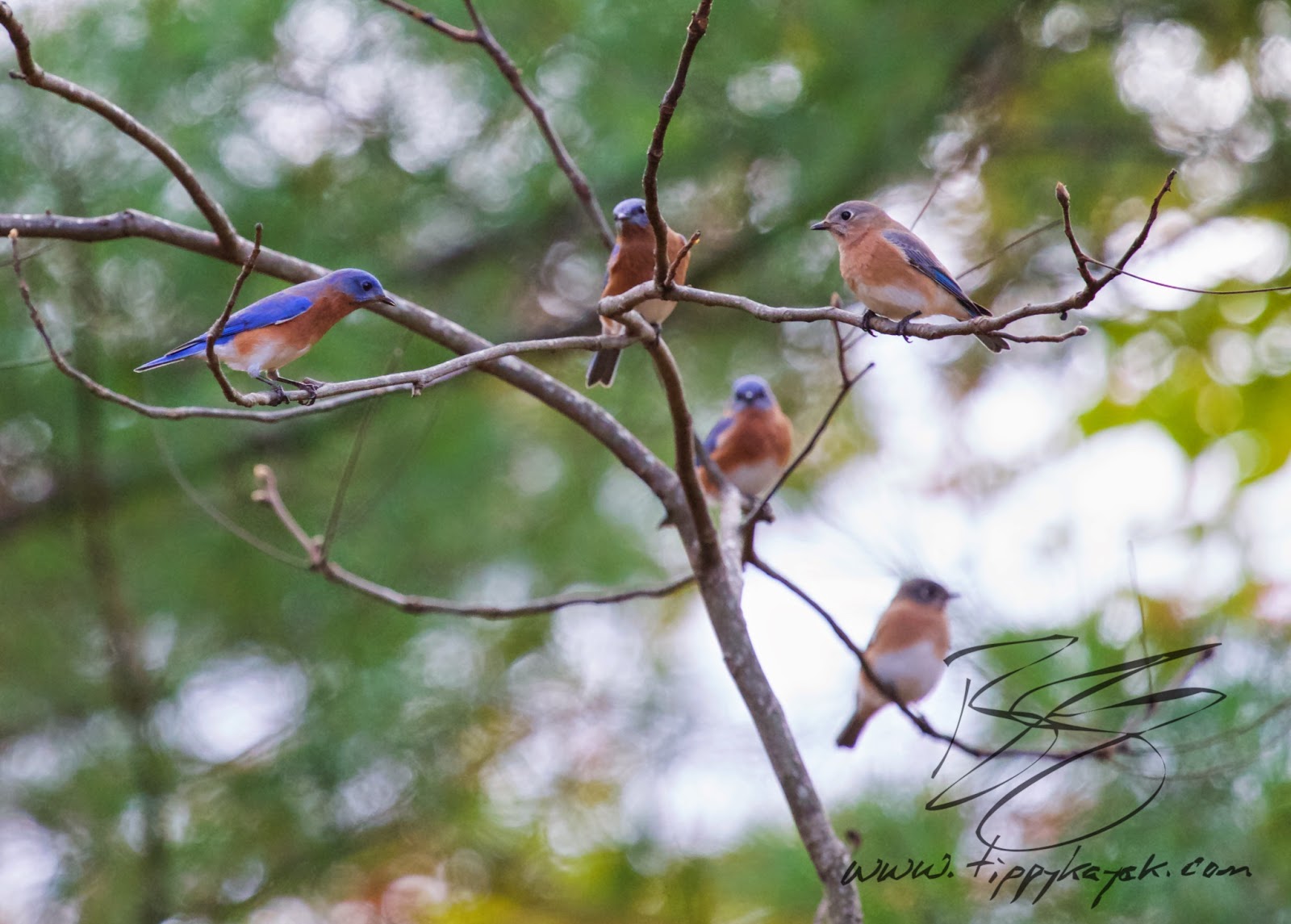 While the birds were pretty cooperative, conditions weren't perfect. It was late in the afternoon, and there was fairly heavy cover, so there wasn't quite as much available light as I would want for the high shutter speeds I needed to freeze their motion. 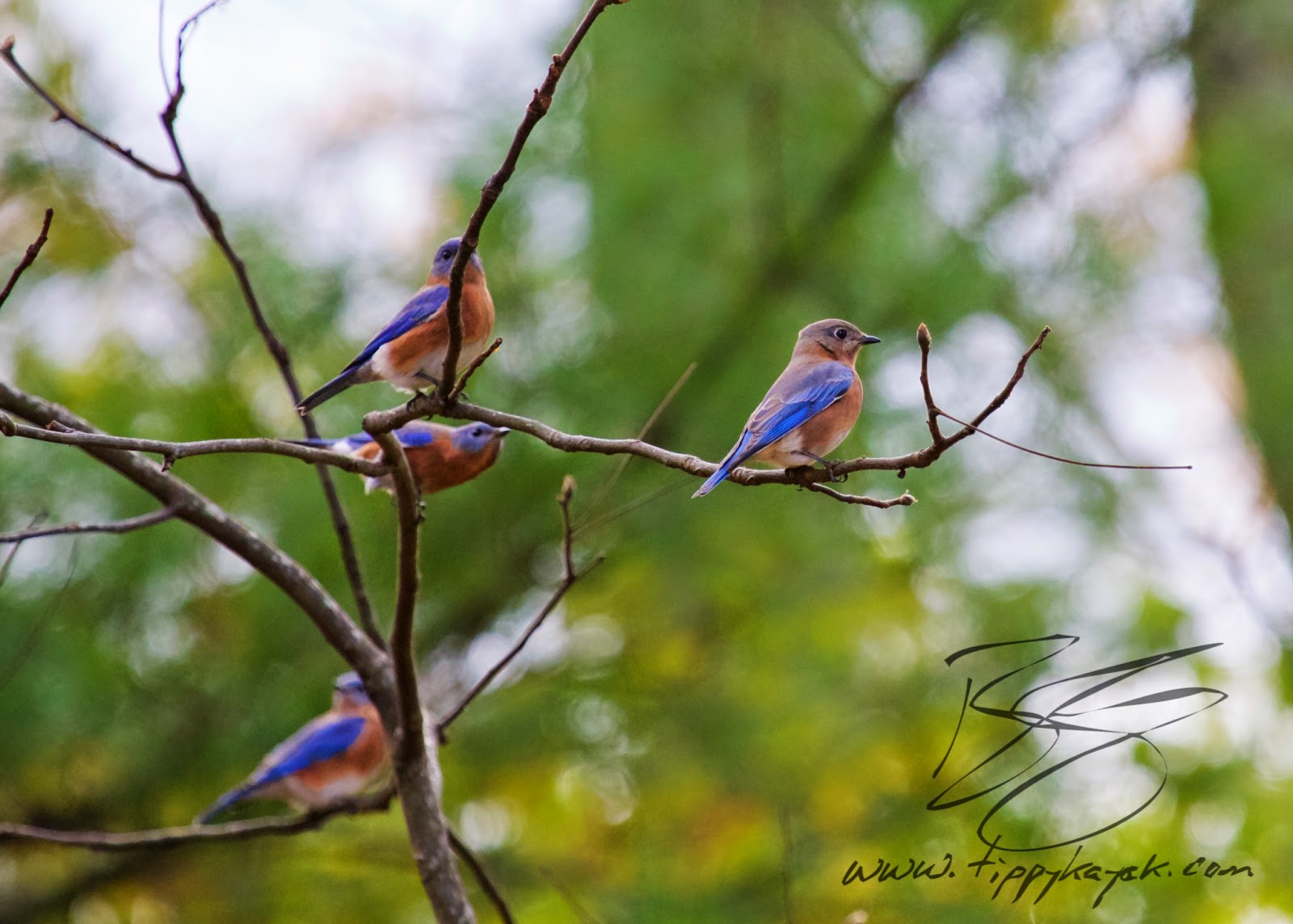 And while the birds were relatively cooperative in terms of staying in the area, I wasn't able to get as close as I liked. Bluebirds aren't that large, my lens maxes out at "just" 400mm. 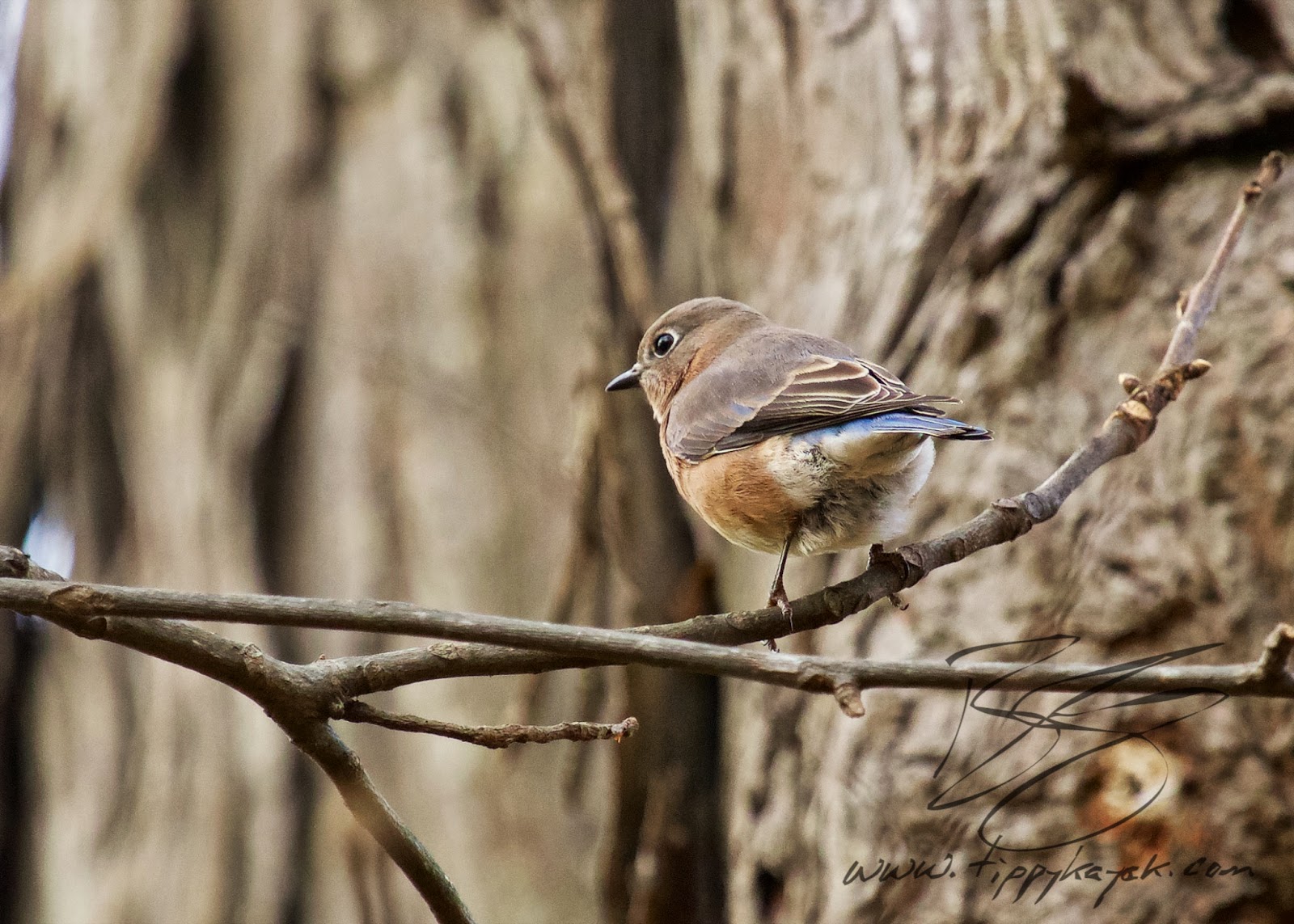 Still, I did get some really terrific group shots, and the occasional curious bird got close enough to fill more of the frame. 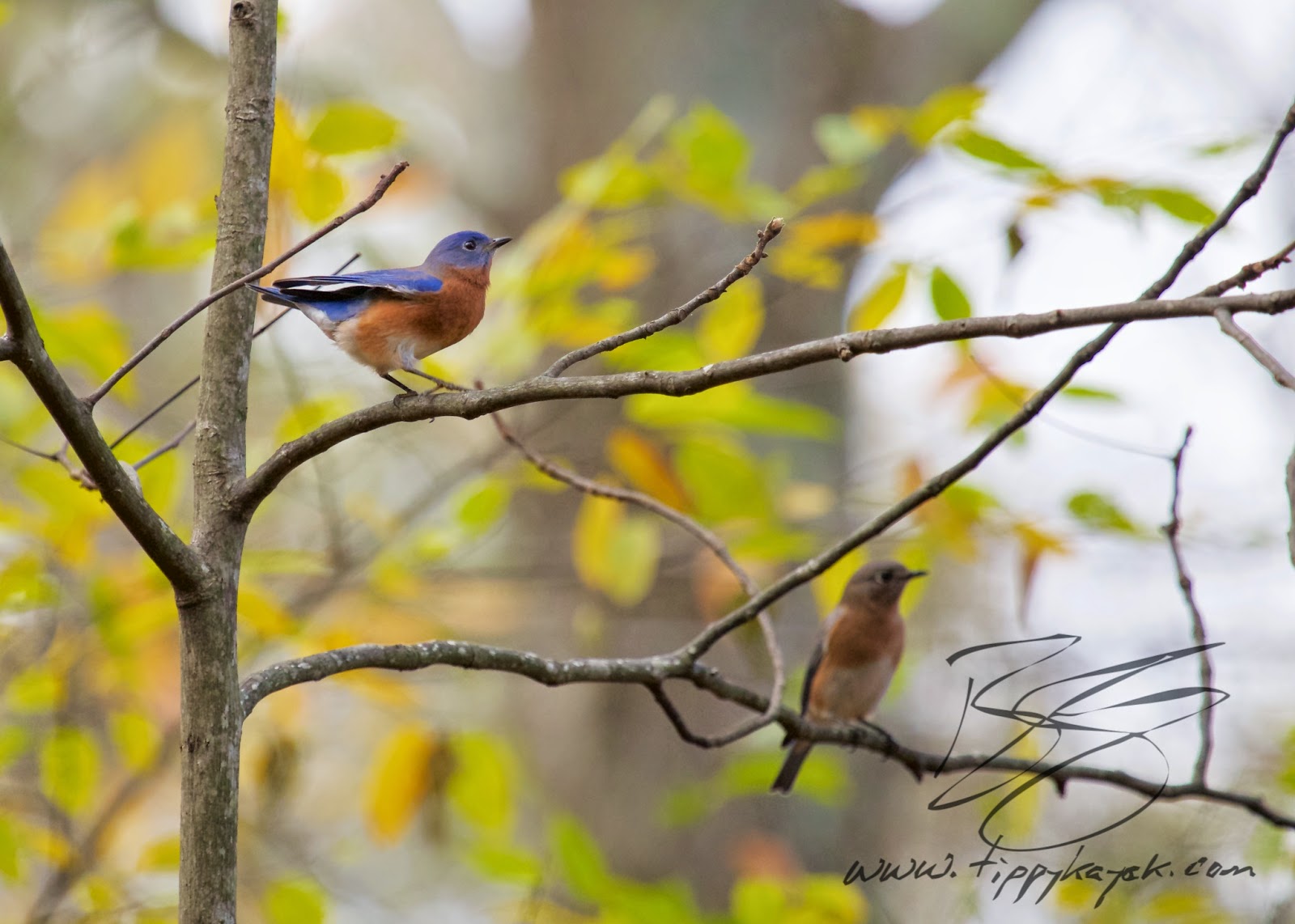 I think this one is my favorite, since it showcases both sexes and really captures the personality of the bird. I think it has the strongest composition and color elements as well.

Regardless of the photos, it was a pretty magical experience to stand in the middle of a singing, fluttering flock of sapphire birds. I've never seen more than one bluebird at a time, let alone a dozen.
Posted by Brian at 3:00 PM