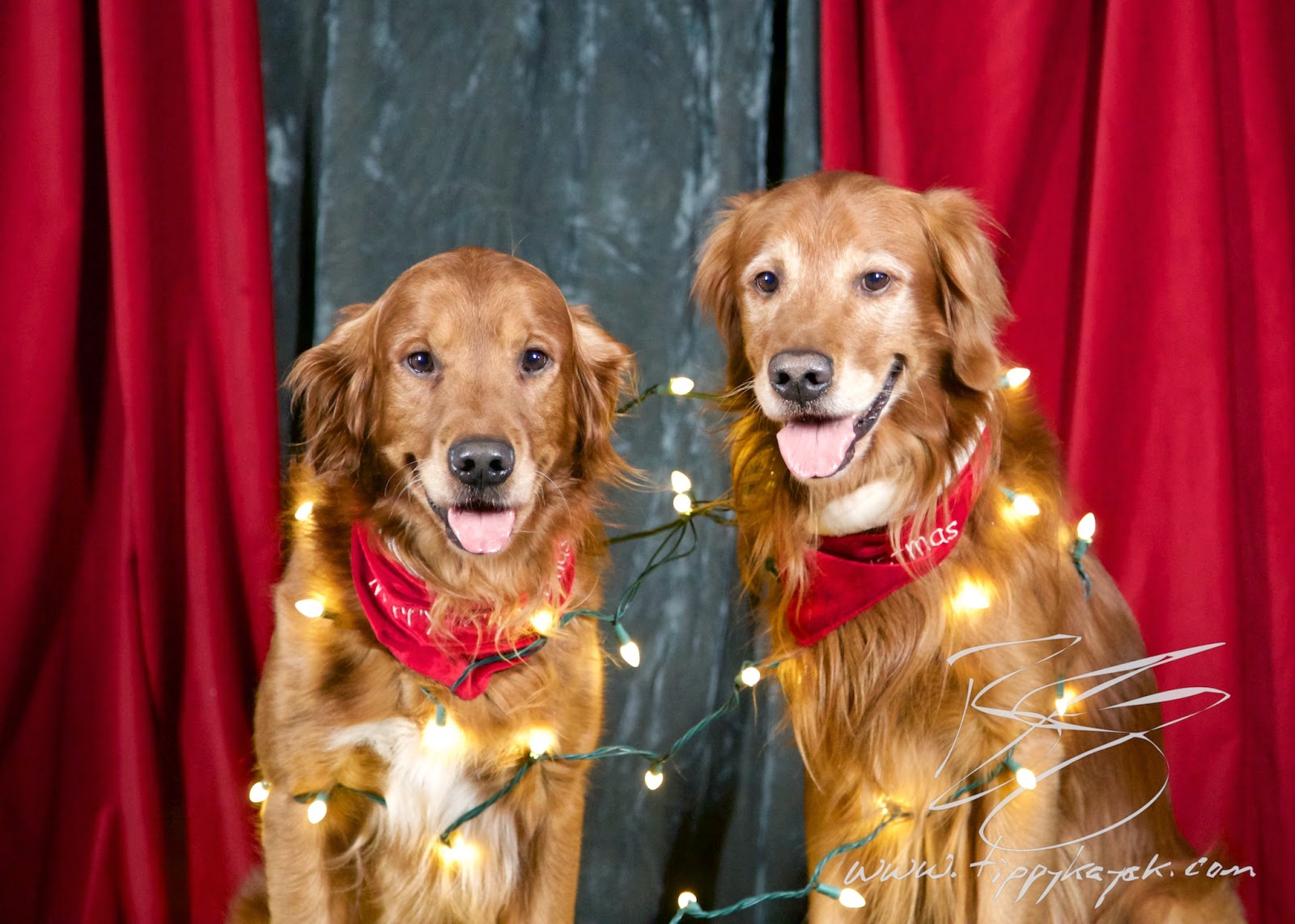 This weekend, Paws 'N Effect was having an event they call "Dogs Just Want to Have Fun," which is about 90 minutes of games for dogs and their owners. It's a blast, and I've helped out and shot photos at DJWHF sessions a few times in the past.

This year, there were two sessions, and we set up a little portrait area so people could get holiday photos with their dogs.

I used Comet and Jax to practice, and this photo turned out so well that I used it for our Christmas card. 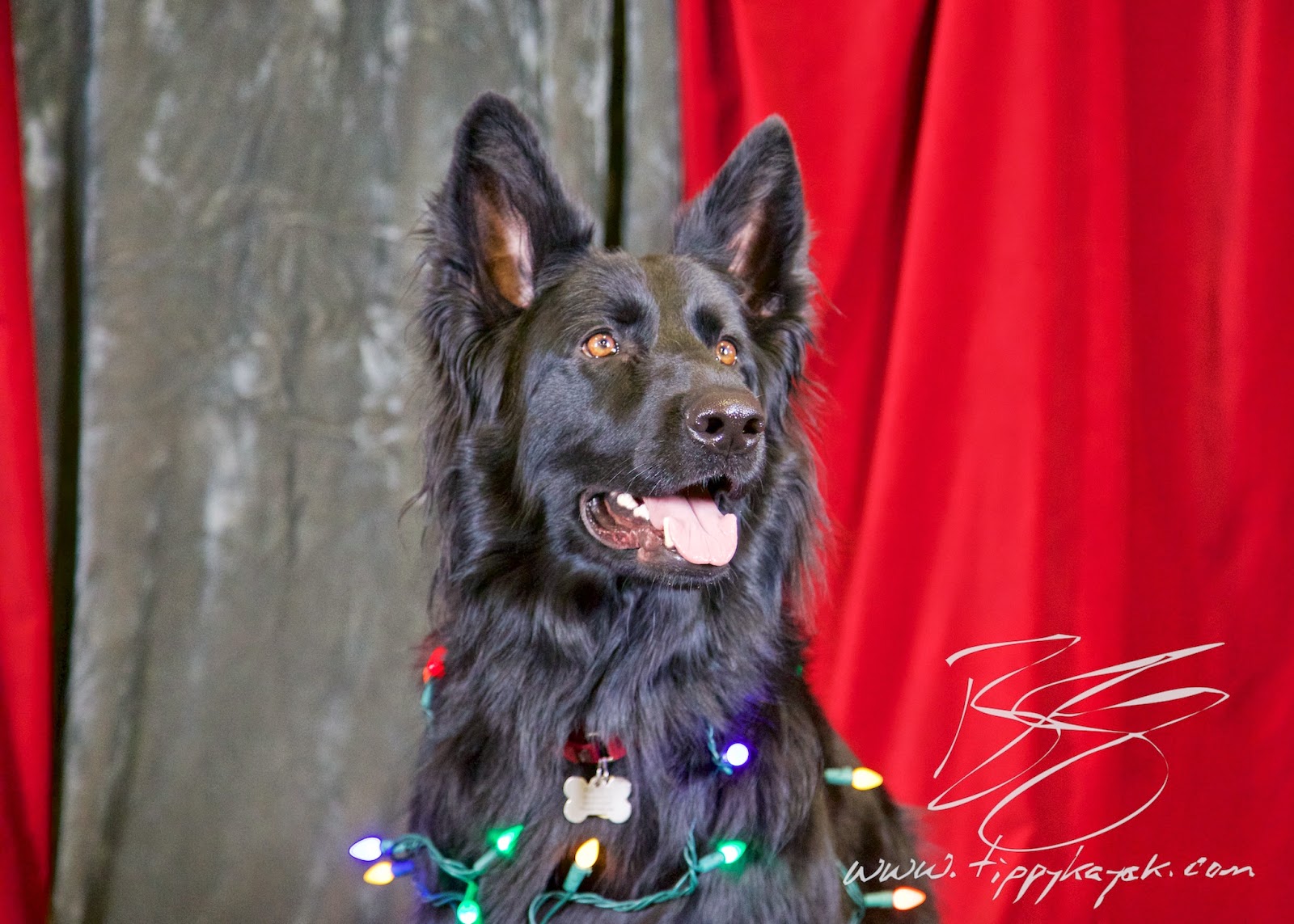 I bought a couple of strings of LED bulbs, one white (used in the picture above) and one multicolored, used here. I thought LEDs would be great because they don't warm up. 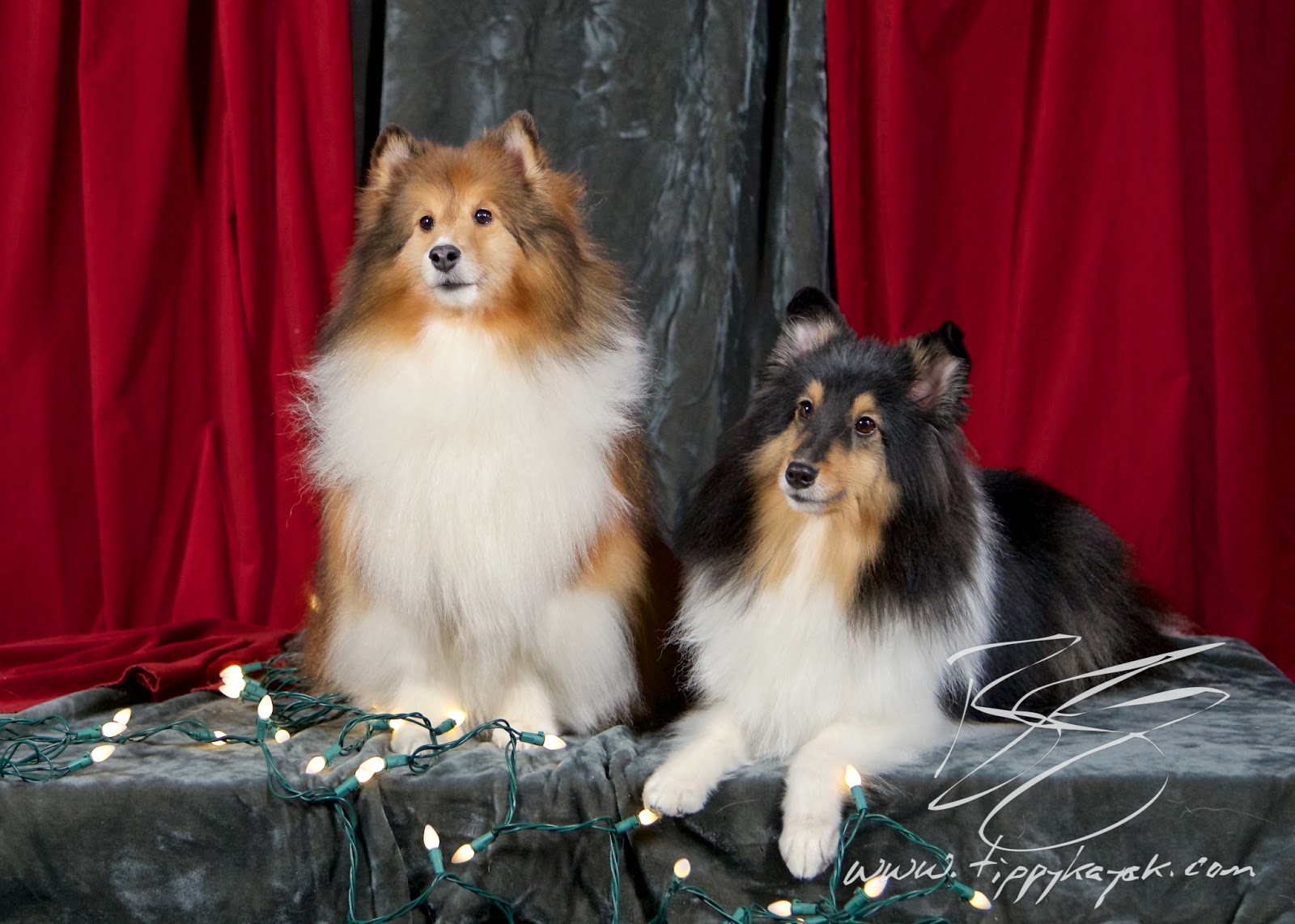 Dogs don't really pose, aside from the fact that many will stay in place on command, so losing 2/3 of your shots often means losing the one or two with the best expressions because the damn lights aren't on.

Fortunately, I was able to get enough each time that I got at least one good photo of every dog, lights or no. 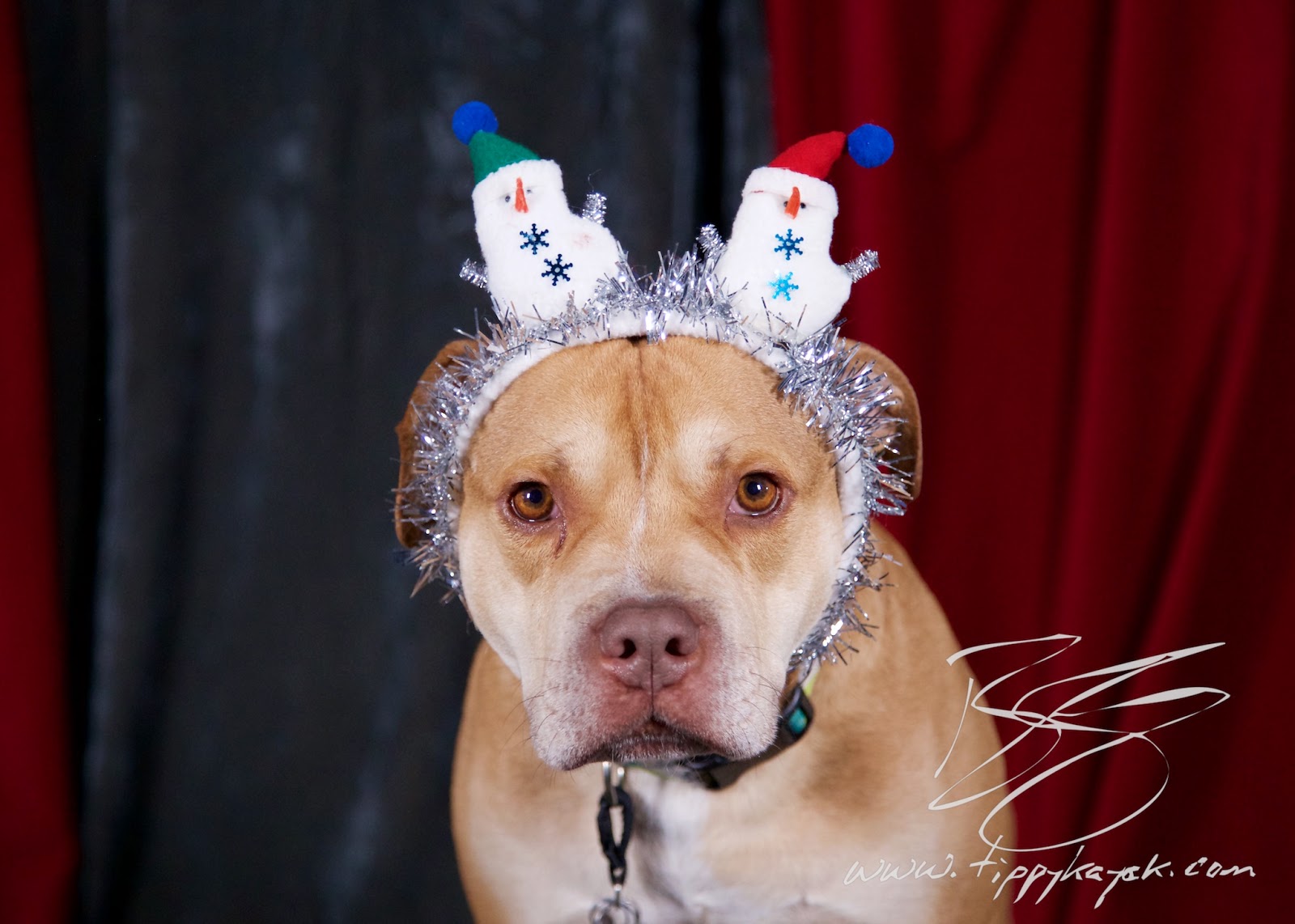 About half the people opted not to use lights and used a prop or nothing at all. The props often resulted in hilarious expressions, because most dogs don't like to wear hats or headbands, but most will tolerate them for a few minutes if their owners ask nicely.

I got a lovely, noble shot of this dog without the headband, but the "please take this off me" expression in this one makes me smile. 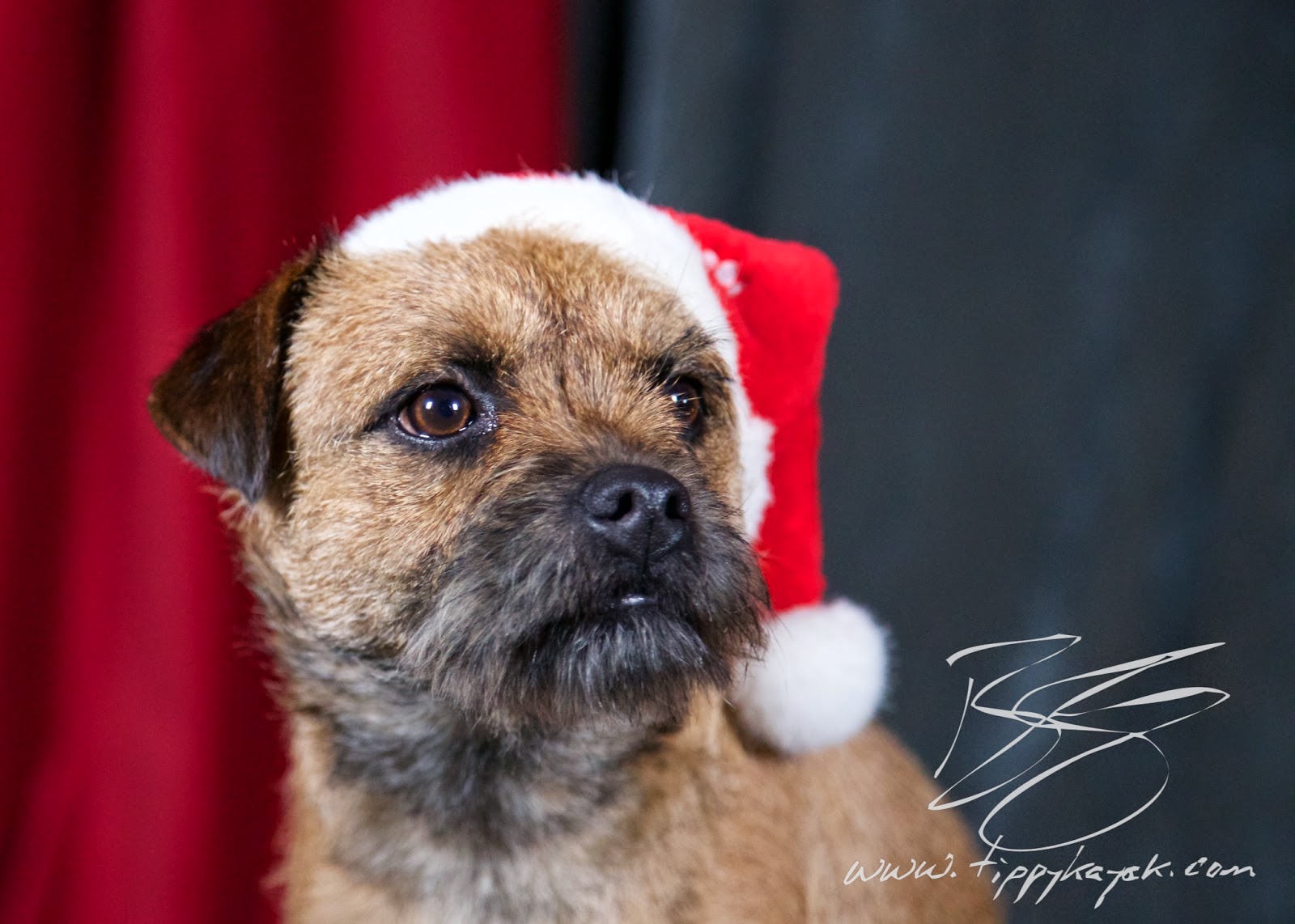 This dog wasn't a huge fan of the Santa hat, but I took a bunch of exposures and got lucky. I have about 30 shots where the dog looks a lot less noble and a lot less happy about the hat. 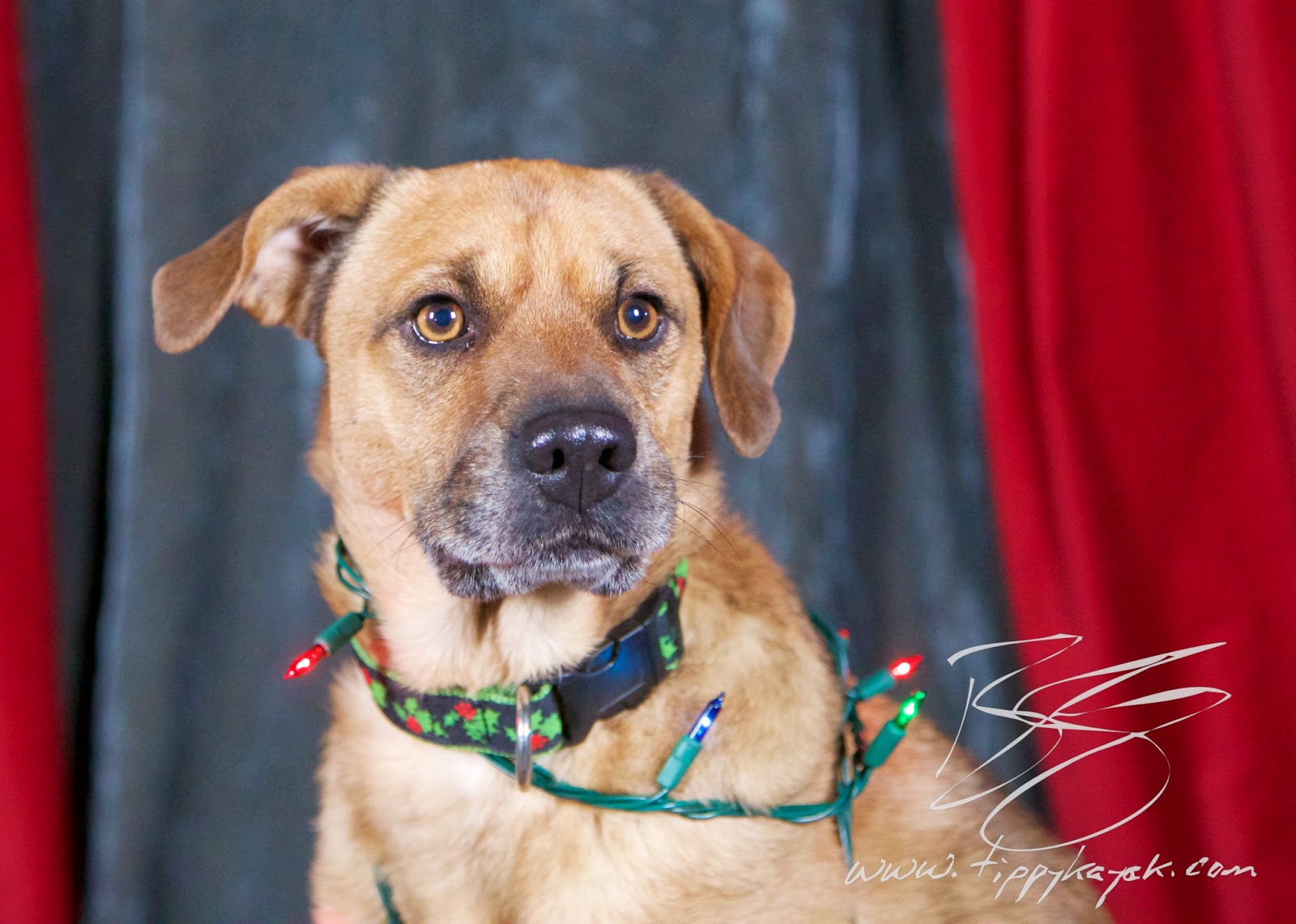 For those interested in some of the technical things the experience taught me:

First, there is reflective tissue at the back of a dog's eye that causes those green demon eyes you get when you use a flash. Everybody who's ever tried to take a picture of their dog has had a problem with this. 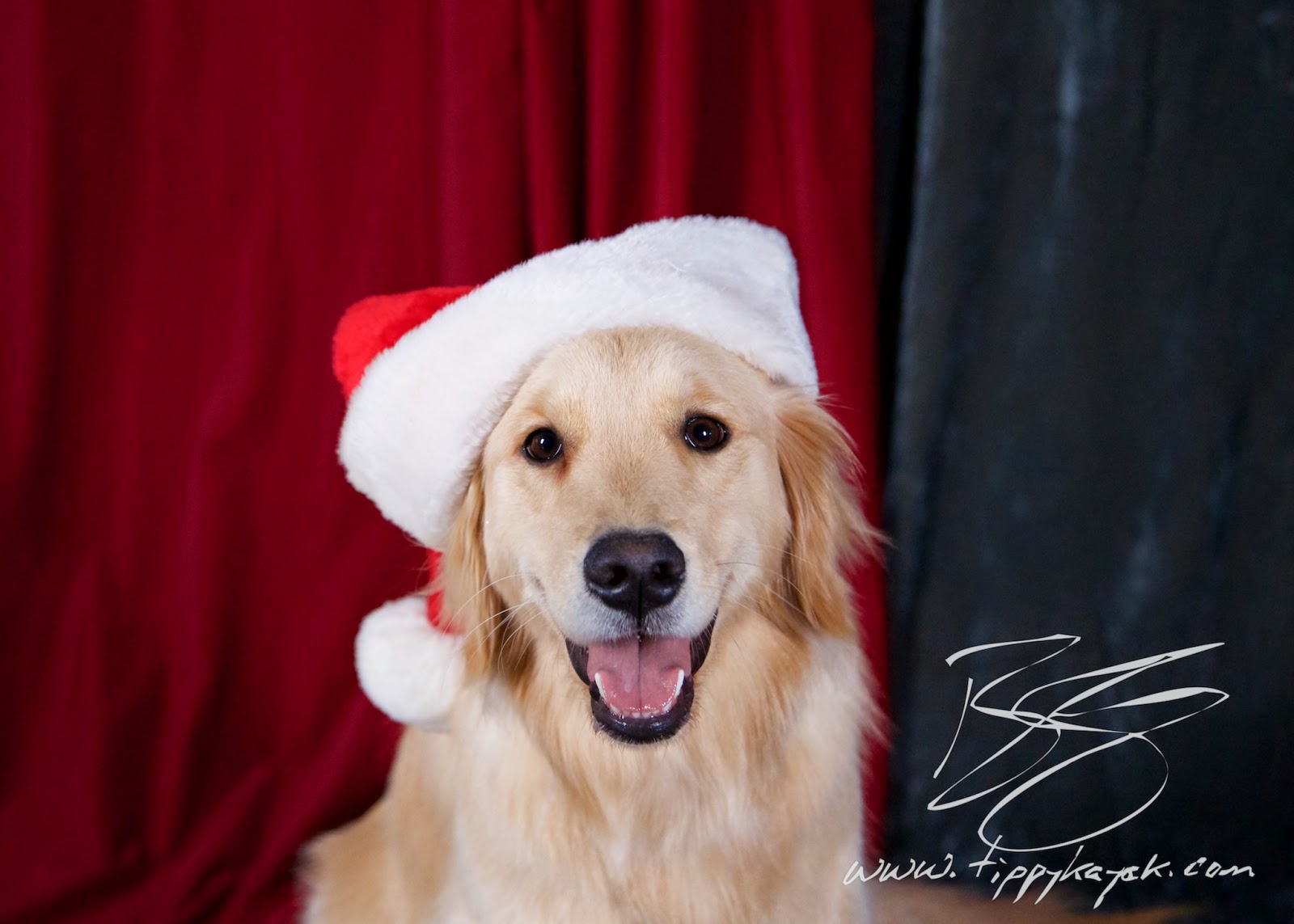 That reflective tissue is called the tapetum lucidum, and the trick is that even though it's highly reflective and terrible for flash photography, it's also relatively flat. That means that it only flashes green light back to the camera when the flash is mounted directly to the camera (i.e., close to the lens, so the light bounces straight out and straight back). Get the flash a few degrees away from the lens, and the effect disappears.

For these photos, we used two Kino light panels aimed in at about 45 degrees from each side. That results in double catchlights in a bunch of the portraits, but the Kino setup let me shoot without a flash.

To work with dogs, even in portraits where they're not moving much, you really need higher shutter speeds (1/250 or faster) or you get blur in most shots. Indoors, that generally means a flash, and while I do have an off-camera Speedite with a diffuser, I still wouldn't have had the flexibility I had with the panels. So I was OK with having two catchlights in some of the photos because it meant I could shoot the photos at 1/250 or more in order to get good expressions and relatively sharp exposures.

And last, but not least, my favorite shot of the weekend. The composition is mostly luck and from a technical standpoint, it has a couple of issues: high ISO at 10K, slightly washed out highlights, etc. Nonetheless, I like it, and I just love the dog's expression and his cocked ear. 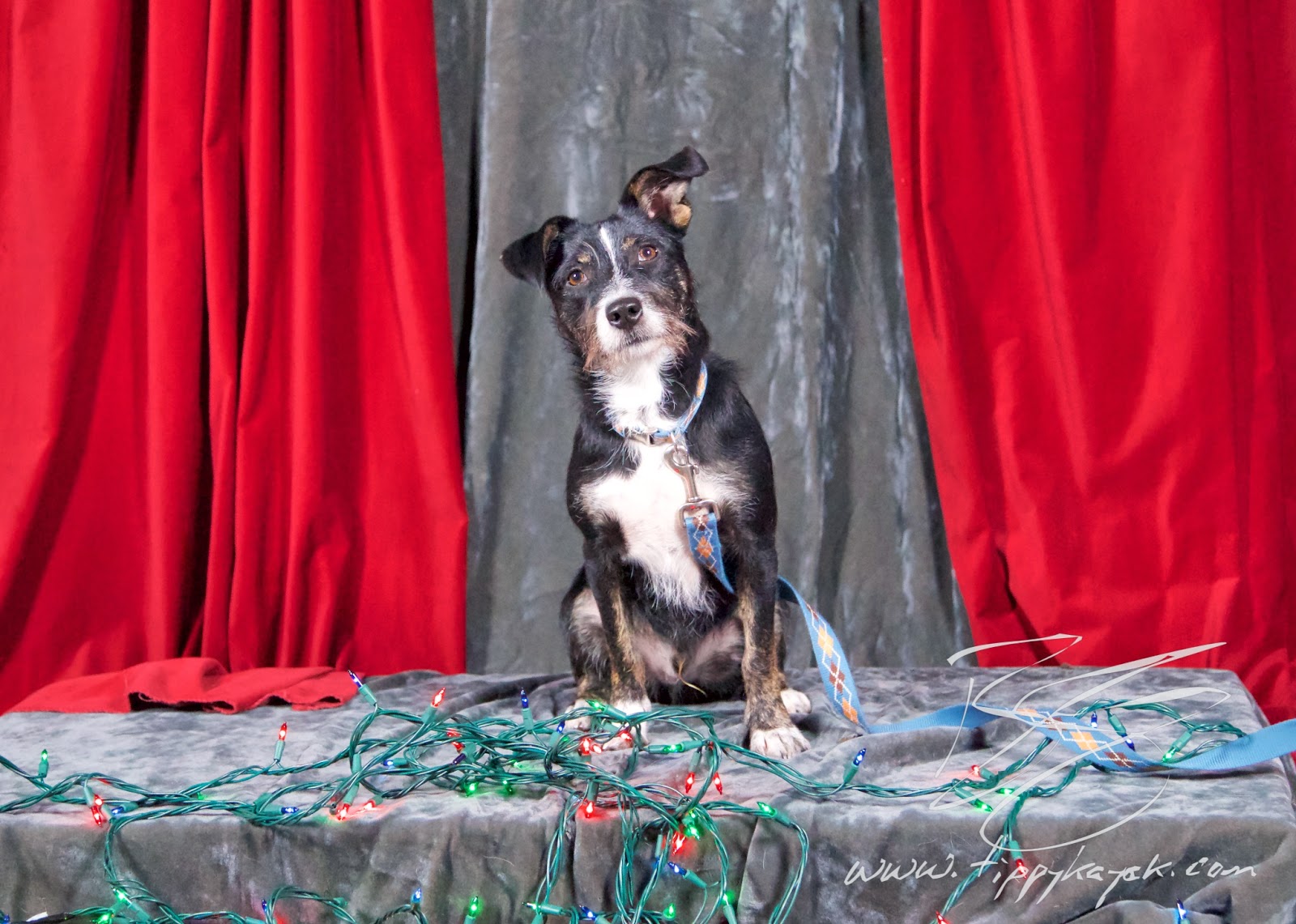